Punk Rock and String Theory: An Interview with New YA Author Kari Luna 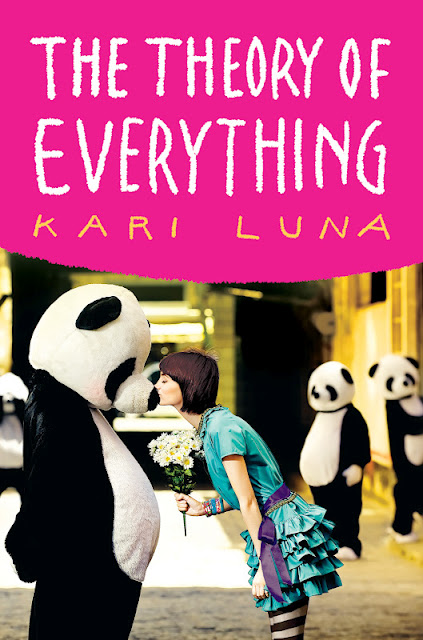 Kari Luna’s debut young adult novel, The Theory of Everything, is a bright, shiny antidote to the dystopias and vampire love stories that dominate today’s YA shelves. The story follows 14-year old protagonist Sophie Sophia on a soul-reckoning journey from the suburbs of Chicago to New York City to find her missing father – an eccentric physicist who left Sophie nothing but a box full of ’80s-music mix tapes and a propensity for bizarre visions.

In Sophie’s world, the Ramones break into song in a high school lunchroom and a marching band of pandas appear spontaneously. Accompanied by her best friend Finny, a gay, budding physicist, and her shaman panda, Walt, Sophie puts boys and high school politics aside to find her father and discover the truth about the “episodes” she seems to have inherited from him.

Brought up by Methodists in Garland, Texas, Luna eventually bucked Southern good-girl tradition. The only woman in a half dozen post-punk, garage-soul bands, she toured the U.S. in the mid-’90s to early 2000s, navigated the machismo of the Dallas advertising industry for over a decade, then flew west to Portland, Oregon, where she dreamt up the character of Sophie Sophia. Over cocktails at Portland’s Liberty Glass, Luna and I talked about quantum physics, growing up Texan, and the power of young adult novels.

Why is it important to rewrite the teen love story?

Oh my God, it’s huge. The YA market is flooded with love clichés. There are a lot of good writers writing in this genre, but there are a lot of: girl meets boy, does boy like me? There are very few stories that revolve around: Do I like myself?

I’ve always been drawn toward books where the girl does something. She makes something of herself. She’s not just interested in boys. I don’t say this egotistically, but I wish that somebody had written this book when I was young. Probably the closest thing was [Judy Blume’s] Tiger Eyes. There were probably three books that kind of catapulted me in different ways. Betsy in Spite of Herself  [by Maud Hart Lovelace] is about a girl who wants to be a writer. She’s like a super early feminist. The whole series is probably why I ended up becoming a writer. And Little Women.

Betsy in Spite of Herself? (laughs) Like, she just can’t help it? She’s too smart?

Yes! Harper and Rowe. 1946. This whole book is about her wanting to be a writer and giving up time with her friends. She goes through all the things that we go through right now. And in the end she picks writing. You know? She picks writing over a boy. And I remember thinking, “Wow.”

That was really modern. What was expected of women where you grew up?

It’s not like it’s archaic. But family is really important where I grew up. It’s Texas. So it’s Southern. It’s Republican. It’s: get married, have kids. Get a house. Have a fence. I mean obviously now, anything goes ‘cause come on? It’s 2013. But, I think me putting writing above everything has been really uncomfortable for a lot of people for a long time.

But, I actually think that I wouldn’t have this voice, I wouldn’t have this humor if I didn’t grow up in Texas. I think there’s something very special about growing up there. Humor and love of story definitely comes from growing up in that place. There’s an element of thinking big. I’m not afraid to think big. I’m not afraid to have a lot of imagination and just throw it out there. I grew up in a very strict religious household, went away to college and was like, “Screw this I’m gonna find my own path.” To me, my religion’s always been music and writing.

I’m interested in your relationship to science growing up. Did you have one? And if not, then how did the scientific element become a part of this book for you?

I’ll just say first that I had curious relationship with science in high school. I think I was more curious than most, but I didn’t make good grades in science and math. I was discouraged from going further in the things I was bad at. You know, it’s a lot more acceptable in a small Texas town to have a boyfriend than to join the science club.

I think if women don’t pick it up right away but they do show curiosity, it’s like, ‘Oh that’s cute,’ but it’s not facilitated or nurtured.

From the minute I heard the phrase “quantum mechanics,” I was like, “Oooh.” Anytime early on that anyone talked about alternate dimensions or any of that stuff.

I was looking for something to help me explain an actual, physical broken heart. I read Einstein’s biography, which is huge. His theory of everything kind of explains why everything exists, how everything is connected, where everything is going.

What do Sophie’s visions allow her to access that other girls her age cannot?

They allow her to see without boundaries. I think it’s the idea that you’re allowed to see what you see. And just because it’s different than what someone else sees doesn’t mean it’s not valid. She got glimpses into other universes basically. So it’s widening her perspective for her entire life.

The payoff of the idea is that literally, physically, scientifically, anything is possible. For a young person, giving more weight to that idea? That’s the time to figure out what’s important to you and what resonates and developing authenticity. Yeah, there’s a lot of drama. Everything’s so big and sad. But if you can figure out what you’re into? It’s like my tattoo. (Displays small tattoo on inner wrist that reads I*S*A).

What is your tattoo?

Love YA? Read our blog series on race and gender in dystopian YA, including a resource list for finding books featuring people of color. Plus, check out this list of 100 books for the young feminist reader. 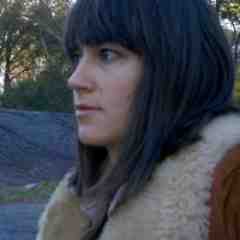