Q and not A: Chris Brown's Arrest | Bitch Media

Q and not A: Chris Brown's Arrest

By now many of you have probably read about Chris Brown and his arrest Sunday night on criminal threat charges. The latest reports on the matter allege that Brown assaulted his girlfriend, R&B singer Rihanna with a deadly weapon. Rihanna was hospitalized, and Chris Brown faces a potential nine-year prison sentence. This is a tragedy, to be sure, but does it have anything to do with us?

This is tricky territory. While this is a heinous crime, it raises some interesting questions regarding our treatment of these issues as a larger culture. Since I certainly have more questions than answers, I figured I would list out some of the things I've been thinking about this case and hope for insight from all of you. (Dodai Stewart already asks some good questions in this Jezebel post about what might happen to the Rihanna and Chris's relationship, so be sure to check that out as well.)

Here are some of the issues I have been struggling with since reading about Brown's arrest:

Should this crime be getting so much media coverage? Chris Brown committed a serious act of violence and that has consequences, but much of the focus of the coverage has been on Rihanna and I don't think she should not have to be in the spotlight on something like this. N.O.W. has a great article on this topic that points out that while the couple in question are major stars, domestic violence occurs thousands of times a year in this country. Coverage like this can only be helpful if it motivates people to speak out against this type of violence when it comes to all people, not just celebrities.

Would this get the same kind of attention if the couple in question were famous for a different reason? What if this case involved two musicians from a different genre, like Zac Effron and Vanessa Hudgens from High School Musical? The teens in question are roughly the same age and appeal to the same age groups. Does the fact that this violence took place within the hip hop community (which has been criticized for normalizing domestic violence in the past) make a difference?

Why is Brown being brought up on criminal threat charges instead of domestic abuse?According to this Miss Info post, "Law enforcement sources tell us they typically book a suspect for the most serious crime they can be charged with – it's then up to the D.A. to file any additional charges. Given there were allegedly visible injuries, the crime of making criminal threats is punishable by up to nine years in prison. Domestic abuse is four years." What I want to know after reading that is, Why are criminal threats taken more seriously than domestic abuse? That doesn't seem right. (You legal experts out there, please let me know what is up with this.)

There are more questions we could ask here, to be sure. Should Brown's past (he allegedly grew up in an abusive household) be taken into account? What about his age (19)? What is the appropriate response from other members of the hip hop community? (Kanye West spoke out against Brown's actions; T.I. shared words of support for him) Do the opinions of other celebrities even matter here? What might this mean for the hip hop community and its (especially young) supporters?

So many questions, so few answers. But honestly, I am saddened and confused by this news and I'd like to hear from all of you. What do you think? What questions does this issue raise for you? Let's discuss.

what has happened and all the questions you pose. I think that it's very important for people to consider the lack of privacy Rihanna is receiving right now. I mean, certainly, I haven't heard reports of photographers trying to find her and take pictures of her (though I wouldn't put it past some of them), but certainly this story is in the news everywhere and is being talked about in offices, and even classrooms - which brings me to my next question/consideration.

What does this incident, because everyone knows about it and is talking about it, do to our youth's perception of relationship violence, and thoughts on dating in general? I did a workshop for a group of teenage girls on teen dating violence Monday evening, when folks were still learning about what happened. Talking about the charges against Chris Brown and what he did was an unfortunately useful real-life example, bringing up for them questions of "Well, I didn't think he'd do something like this. Would he?" which leads to "Why would you think he isn't capable of abusing his girlfriend?" and more. So, to me, despite the fact that I'd prefer the media gave Rihanna the privacy she needed, it's really necessary to have these discussions right now with teens about healthy relationships, warning signs of a potentially abusive relationship, and where they can go for help. Not to mention, to counter rumors like that he hit her because she gave him herpes and so that somehow justifies what happened.

So now that I've written a book, I'll bring it to a close, but though in some ways I feel like I'm feeding into the machine by reading different blogs' takes on the news media's representations of what happened and talking about it with colleagues and classmates, I think it's important to critically look at what's being said, how it's being said, and the impact on society at large, but specifically young people.

In response to the question is this any of our business I would like to direct you to the campaign I coordinate in my community, it is supported by the Women's Directorate and the Ontario Government.

The entire purpose of the campaign is to raise awareness of the warning signs of abuse so people close to women at-risk can know how to help. It is based on the findings of the Domestic Violence Death Review Board which found that in cases where women died as a result of women abuse; friends, family and/or professionals had some knowledge of the escalating factors. Had they known these were warning signs or indicators for risk of future harm, they might have been able to support the woman through resources and safety planning.

Domestic violence thrives in a culture of silence. And while I do feel that Rihanna should have ultimately been the one to tell her story, I do think having such a popular person going through this publicly might allow for some discussion and learning.

I feel no matter which way the media spins it if the allegations are true I am as well saddened and confused by the news. The psychologist in me tells me growing up in an abusive environment can most definitely influence your actions but it is in no way an excuse for beating another. Just because you were abused does not give you the right to become the abuser. I am more concerned about how Chris Brown is going to move forward to seek the psychological help he needs and or prison time for the crime he committed. If the allegations are true I am all for legal action, and I hope just because he is a star he does not get special treatment. 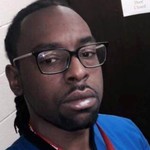 by Tamara Winfrey Harris
Black people are fed up. But privilege dictates that we will keep dying until white America is fed up, too.