When I switched from public to private school in ninth grade, a new world opened up to me. In this world, my classmates on Chicago's North Shore drove BMWs to school, were heirs and heiresses and often received plastic surgery as birthday gifts. Rhinoplasty was by far the most common cosmetic procedure among my classmates. When a friend announced that she planned to get a nose job, I said that her nose was fine and asked her to reconsider.

My friend, who's Jewish, told me that nose jobs were a family tradition. Her mother, aunts and grandmother all had their noses done, and she would follow suit. Since so many girls at school had rhinoplasty, I stopped trying to talk her out of it. It didn't seem like such a big deal that my friend wanted the procedure, too. But when a Japanese-American classmate of mine said she was going to get her eyes done, my peers and I were bewildered.

There were few Asian Americans at our school, not to mention in the area generally, and we'd never heard of double eyelid surgery. The procedure entails making a fold in the eyelid to make eyes appear larger. I remember thinking of the surgery as a drastic measure to assimilate, but I now question that knee-jerk reaction. The reasons ethnic minorities in the U.S. elect to have plastic surgery can't always be chalked up to yearning to meet Western beauty ideals.

The impetus for double eyelid surgery is debated in the recent New York Times piece "Ethnic Differences Emerge in Plastic Surgery." Margaret Chin, a Hunter College sociology professor, told the Times that Asians opt for the surgery "to be part of the acceptable culture and the acceptable ethnicity…to look more Westernized." In contrast, Taiwanese native Dr. Steve Lee denied that assimilation is the catalyst for the surgery.

"One of the traits of beauty is to have large eyes," Dr. Lee said, "and to get that effect you have to have the double eyelids."

I don't agree that double eyelids are a must for beautiful eyes, but I do challenge the frequently touted assertion that Asian women who opt for such surgery do so to look white. Sure, some of them do, but can that blanket assessment be made to all double eyelid patients? Kathleen Zane argues otherwise in her essay "Reflections on a Yellow Eye" in the anthology Talking Visions.

The totalizing and dismissive assumption that Asian women who elect such surgery obviously desire to look/be Western has seemed too readily to essentialize Asians as degraded imitations and mimics," Zane writes. "Labeling Asian surgical clients as mere victims of internalized racism resulting from their enthrallment with the patriarchal gaze of Western cultural imperialism seems to further a divide between enlightened or true feminists and these 'other' less privileged 'natives.'"

Zane points out how it's problematic to say that double eyelid surgery patients want to look white considering that many people of color, including some Asians, are born with double lids. She also points how so-called Asian beauty secrets for nice skin and hair have long been peddled to Westerners in cosmetic advertising. No one, however, would accuse Westerners who buy products marketed to transform hair into the silky Asian variety of self-hatred. Moreover, Zane writes, there's a direct connection between cosmetic procedures and rites of passage in some Asian cultures.

Not simply matters of personal self-esteem, facial alterations can mark changes of social status, such as graduation, coming of age, or first full-time employment. The eyelid surgery may be sanctioned as appropriate preparation for moving to the next stage of one's life…

It also becomes more difficult to make the connection to eyelid surgery and internalized racism when one considers that other common cosmetic procedures among Asians include enlarging of earlobes (for prosperity) and turning the nose downward (for fortune), the Times reports. These physical features aren't associated with any particular ethnic group, proving that not every trait ethnic minorities covet is rooted in white Western culture. Thus, using whiteness as a framework to link the cosmetic practices of ethnic minorities to self-hatred is racist in and of itself. Whiteness, after all, may not factor into these practices whatsoever.

When I was in Asia - I'm a white girl - I had Asian women coming up to me and asking me to open up my eyes and then close them, so that they could see from a side view what made them look like double eyelids. I had a girl and a child try to feel on my eyes to see what made them the way they were. I had guy friends of mine asking me what made them the way they were. You can only imagine how I felt about all of it with the two feet distance that Americans usually stand from each other to converse and even hug each other sometimes. It was wierd to me, but I let it happen anyway, because I understood where it was coming from: magazines, advertisements, articles on beauty, modeling shows, runway pictures, guy's preferences in guy's magazines, etc. It's unfortunate that we live in this, but how, a person may ask him or herself, can we, as a society, possibly change this engrained idea of beauty when we, as a society, let people create it in the first place?

I just want to add:

They might've been particularly interested because Asian double eyelids aren't built like other double eyelids. The fat in the eyelid and the tendons are different, and the net effect is that the fold in the skin is closer to the opening of the eye, not deep and hugging the eyeball.

Good question! The easy answer is to present other examples of beauty (different eye shapes, skin tones, hair textures, heights, weights, sure, but also bodies that have been scarred or which have suffered trauma, skin that's been aged, tattooed, etc.) to open people's eyes to alternatives forms of attractiveness and subvert ideals of beauty.

Then again, there's the question of why beauty MATTERS in the first place. (And that's not a hard question to answer, given conventional beauty in any given society ("Western" ideals or otherwise), more often than not, leads to greater opportunities.)

The reason, as I see it, that beauty needs to be contingent on the fact that SOME features are more beautiful than others is because money needs to be made off people wanting to alter their appearance to fit ideals and standards that very few people, if any, can naturally manage to fit. Even with education and representation of other forms of beauty in the media, it doesn't do cosmetic surgeons, hair dressers who alter hair texture, beauty companies that sell whitening creams, tanning salon, and others within the "beauty industrial complex" any good to tell would-be customers that "you're beautiful just as you are." Because, as that word is defined and understood, no one is. "Beautiful" seems to be more of a process than a state of being, unfortunately.

And a lot of this is often masked as empowering to women who don't fit, like, the white, pale, willowy model ideal of beauty, which I find really unfortunate. Telling a Latina that "real women have curves," for instance, helps gain customers for surgeons who perform butt implants (is there, like, an actual term for that procedure?), stores to sell padded jeans, companies to sell weight-gain supplements, gyms to sell memberships and scam artists to sell those ads for those weird special "lifting" underwear you find at the back of Spanish-language tabloids. That, to me, is when the "you go girl, be a beautiful minority!" mentality becomes even more dangerous and insidious than the "mainstream" ideal of beauty I see splashed across most magazines and TV channels. It's marketed as something healthy and empowering when, really, it's all just meant to get you to think you've got to shell out cash to be beautiful.

What about skin lightening? It still seems to me that, as white Western feminists we tend to complain about companies selling skin-lightening creams in places like India and Thailand and Brazil. And if you go watch commercials for them on youtube -- not hard to find -- it's easy to see why people complain about problematic sexual and racial issues associated with them.

It seems like it's de rigueur nowadays though to question the idea that double eyelid surgery has racial motivations and to discourage whitesplanations that it's about internalized racism.

I'm not trying to accuse anyone of hypocrisy -- my discomfort stems from my own seemingly contradictory views, because I agree with what you're saying in this post but I'm still uncomfortable with skin lightening.

Sorry for the implication that everyone here is a white Western feminist, by the way. But this post is approaching it from that perspective and it's the one I have as well.

Colorism exists. It sucks. There are a lot of problematic issues of race, class, and gender involved in colorism as well. However, it existed way before all y'all white folks got involved, and not all of the race issues are about white people. Just because it's problematic doesn't mean the problem has its roots in matters of race.

I don't think it's bad that it's de rigueur to question automatic assumption of a whitecentric explanation. And skin lightening doesn't have to be about being like white people in order for it to be problematic.

(Also, I had no idea people wanted double eyelid to make their eyes look bigger. I was born with one single and one double, and the single-eyelid eye is only smaller because of the lower lid. Furthermore, some singles turn into doubles as children get older, though I haven't seen it go the other way 'round before.) 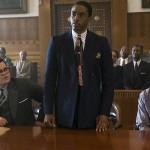