Race Card: Why it Matters that a Black Woman Exposed Chris Lee

If you're a married congressman, it's probably not a good idea to send shirtless photos of yourself to women you encounter on Craigslist. New York Congressman Christopher Lee found that out the hard way after a woman he'd exchanged flirtatious emails with—including the shirtless one—outed him on the gossip website Gawker. In the emails, 46-year-old Lee portrayed himself as a divorced father and lobbyist seven years his junior. When Gawker posted his deceitful exchanges with the woman—Yesha Callahan—on its site Feb. 9, Lee resigned, leading mainstream media outlets across the country to pick up the story. But in the black blogosphere there was particular buzz about the Lee scandal when word spread that Callahan, whose identity was initially kept secret, is African American.

The first headline is somewhat misleading. Lee's career wasn't ruined over Callahan or even because of her decision to expose him. After all, politicians who've done far worse than flirt with women online still hold public office. As for the second headline—you may need some help interpreting it. "Swirl" is slang shorthand for an interracial romance, and, evidently, the headline writer is astonished that Lee's online crush was a black woman. But does Callahan's race really matter?

Yes, and here's why. Firstly, the fact that Callahan is African American has allowed the black media unprecedented access to a major political story. Outside of Gawker, the only in-depth interview Callahan has granted to a news outlet is to TheLoop21.com, a black-owned website (where Callahan is a contributor, and I am, too. I don't know her, though). Her Loop interview has given the website more visibility than ever, which is a great development considering that race-oriented sites typically feature stories of concern to everyone—simply from the viewpoint of people of color. Case in point: I visit websites geared towards non-blacks, such as Angry Asian Man, Indianz.com and Sepia Mutiny, all the time and find them informative and compelling even though I'm black.

Why else is Callahan's race significant? Some blacks say it's ironic that a white conservative Republican was flirting online with a seemingly liberal African-American woman. I'm not sure if Lee knew she was black—according to some reports she advertised herself as a single black female—but a man of his political persuasion pursuing a black woman certainly goes against type.

What remains to be seen is the kind of backlash Callahan will experience now that her identity's been revealed. Will she take more flack due to her race? Remember when Justin Timberlake and Janet Jackson had that infamous wardrobe malfunction at the Super Bowl? Jackson took much of the heat, while Timberlake emerged unscathed.

The fact that Lee stepped down signals that he's indeed paying for his mistakes, but it's uncertain the price Callahan will ultimately pay. After all, a black website has already described her as the African-American woman who ruined Rep. Lee's career. And Americans of all racial and political persuasions don't take kindly to her decision to expose the congressman. Callahan's been called immature and mistakenly characterized as an escort. She told the Washington Post, which first disclosed her name, that she fears the impact her notorious email exchanges with the congressman will have on her family, career and personal life. A single mother and an employee of the University Of Maryland University College, Callahan also blogs at the site flyblackchick.com.

In a piece she recently wrote for TheLoop21 on Halle Berry's breakup, Callahan remarked how "things are about to get ugly." Time will tell if this applies to Callahan's own life, too.

"but a man of his political persuasion pursuing a black woman certainly goes against type."

I have to say I am surprised no one else commented about this.

I don't think it goes against type at all. When I read the title of this article I thought you were going to say that the reason her race matters is because it harkens back to the days of slavery in the south. When a powerful, white, male slave master could rape black, slave women with no consequences. So to have a man with so much authority and power lose his career over soliciting sex with a black woman on craigslist (much less criminal) is paradoxical. On the one hand it shows how far our society has come. And its awesome that any black woman has so much power in our society. On the other hand its total bullpucky because she has this power only through sex.

Going along with that is the ever present sexualization of black women in our media by presenting them as exotic or animalistic. Its really no surprise that a white conservative from bland, white, conservative America, might find himself interested in 'eating the other' as bell hooks puts it. 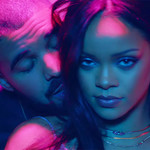