Page Turner-Rave On: Tiny, aka Lisa Gray-Garcia, on Comfort Woman

“Rave On” is the Page Turner series that asks feminist writers, artists, musicians, activists, leaders, and scholars to talk about a book that completely rocked their world. Today we feature journalist and scholar Tiny, aka Lisa Gray-Garcia, on the novel Comfort Woman, by Nora Okja Keller. I had heard about the brutal rape and enslavement of the “comfort women” from Korea in World War II from an Asian-American scholar. I remembered listening to a few words and my mind crumbling into small particles of despair. As the daughter of a tortured woman, I’m never able to hear about hurt inflicted on women and children, man or animal, without bits of mi Corazon y mi alma breaking apart.

A few months later, I stood in a bookstore—a rather yuppie-overly-lighted-filled-with-the pungent-smell-of-new-book bookstore—crying and screaming internally as I read and reread passages from The Comfort Woman, by Nora Okja Keller. The novel was about so many things—mothering, daughtering, caregiving, poverty, loneliness, desperation, and love. Mostly it was about the relationship between a very sad and tortured, poor single mama (who had been a “comfort woman”) and her daughter, holding on to each other, raising each other, being with each other, alone, trying to stay alive in Honolulu, Hawaii.

When I read Keller’s Comfort Woman, I was in the middle of writing my book, Criminal of Poverty: Growing Up Homeless in America, and I was struggling with so many pieces of how to tell a story that I didn’t even feel right about telling. My story wasn’t about mental illness, and yet it was; my story wasn’t about abuse, and yet it was. Not the mental illness of my mama, rather the mental illness of a society that values independence and separation, even when poor mothers and children alone need more support than anyone else. And not the abuse of me, but rather the abuse of women by imperialism, capitalism, sexism, and racism.

From my perspective, being a feminist means caring for all the mamas in the world—starting with your own mama, your own grandmother. It means sacrifice, it means interdependence, it means practicing the revolution in your own life. It means not warehousing your elders as well as protesting gentrification and imperialism.

Once you open Comfort Woman, you are taken on a devastating journey that you are unable to step off of. This book does such an amazing job of reflecting back on herstories of women, rape of women, and torture of women that it makes you slightly uncomfortable around people of the male gender for several weeks. I was literally left with a low-level feeling of nausea, even around my male friends and lovers.

I had the amazing blessing of meeting Nora Okja Keller at a small reading when she came to the Bay Area. What could I say except thank you, thank you for telling me your beautiful and very private story. Thank you for surviving, thank you for loving your mama, always.

Tiny, aka Lisa Gray-Garcia, is a Taina poverty scholar, revolutionary journalist, lecturer, mama of Tiburcio, daughter of Dee, and welfareQUEEN. She is the cofounder and comadre of POOR Magazine/ PoorNewsNetwork, the welfareQUEENS project, and teacher and organizer on issues of poverty, racism, interdependence, and indigenous thrival locally and globally. She is the author of Criminal of Poverty: Growing up Homeless in America, published by City Lights.

Relevant: They Got the Beat: How a Female Beatmakers Collective is Reshaping Electronic Music Culture 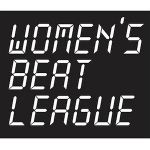 by Emilly Prado
Women's Beat League is forgoing the who's-who of the music scene and reshaping DJ culture to be more inclusive.