“Rave On” is the Page Turner series that asks feminist writers, artists, musicians, activists, leaders, and scholars to talk about a book that completely rocked their world. Today we feature writer Nona Willis Aronowitz on Rubyfruit Jungle, by Rita Mae Brown. I was in the midst of a family vacation when I flopped on my parents’ bed and gave my mom puppy-dog eyes. “I’m bored,” I whined. “I finished all my magazines. My Discman is out of batteries. And there’s no TV here!”

I devoured the thing in two days. I was 14, newly sexual, newly independent, and growing a nose for gender awareness. In its 245 pages, there is not one mention of the word “feminism” in Rubyfruit Jungle. Yet, it is hands-down my favorite feminist book, the one that’s been most influential on my feminist personality.

In those two days, I became acquainted with Molly Bolt, an irreverent tomboy growing up in 1950s Florida who was determined to steamroll her way out of poverty and become a famous filmmaker. She was one of those charismatic, “take the world by storm” characters—took no shit, told no lies, and never met a pretty girl she couldn’t seduce. She chronicled her affair with her high school’s head cheerleader, her nonchalant first fuck with her cousin Leroy, and her first wintry day in New York City with no friends or money. She held her own with bigot after bigot, telling them to go fuck themselves if they had a problem with her M.O. She seethed in a film class taught by a world class misogynist who claimed that no woman could be a good film director. “Makes me want to cram a can of Triumph of the Will right down his throat,” she told us.

Molly’s story is pre-gay rights movement, pre-second wave feminism, and pre-sex revolution, but on that family vacation, her determination to be her own person made feminism seem to me like a timeless no-brainer. Molly was a bad-ass who wouldn’t dream of compromising her morals or goals. She was ambitious, sexy, and straight-up cool. She had integrity and a frigging amazing work ethic. She was also hilarious; she employed those Southern metaphors like it was her job. Sleeping with men versus women was “the difference between a pair of roller skates and a Ferrari,” she said, and all with a matter-of-fact shrug. I found myself both being insanely jealous of her and wanting her as a best friend.

She was also remarkably influential on my ideas about sex and love, which is ironic since I’m not even gay. Straight and queer women alike could learn a thing or two about sex from Molly, which is why it’s such a shame that Rubyfruit Jungle gets pigeonholed in the niche of “lesbian fiction.” Whether having sex with women or men, Molly was in control, being safe, and having fun. She refused to be treated like an object, but didn’t get sanctimonious about sex, either.

Molly also loved hard, but she kept her focus, giving the whole marriage thing the finger. “That’s all I think I ever wanted,” she proclaimed, “to go my own way and maybe find some love here and there. Love, but not the now and forever kind with chains around your vagina and a short circuit in your brain. I’d rather be alone.” Still, she didn’t judge others for taking different roads, as long as they were happy.

Molly never cared much for labels, so I’m not even sure she’d claim the word “feminism.” She even revealed her wariness of the nascent “women’s groups,” saying they’d “trash her just the same.” But damn, if Molly Bolt isn’t one of the greatest feminist role models out there, I have no clue who is.

Nona Willis Aronowitz is a political and cultural critic born and raised in New York City. She has written about women, sex, music, technology, film, and youth culture for numerous publications, including The Nation, The New York Observer, The Village Voice, Bust, and Salon. She is the co-author of the upcoming book Girldrive: Criss-crossing America, Redefining Feminism, based on a blog of the same name.

I literally just thumbed through my copy of Rubyfruit Jungle today. I too, love the book for it's effortless discussion of feminist topics before the second wave. Personally I love how she treats the intersection of her class and gender issues. You definitely can't put it down after you've picked it up.

The only down side is the end. Though Molly is far from defeated she does not get what she has worked hard for her entire life. Its very bitter sweet. You want more than anything for Molly to have everything she ever dreamed of and continue flick off patriarchy but it simply doesn't work out that way. You are left wanting more than anything to be like her and continue her legacy of trying to subvert the system from the outside and taking no prisoners.

Thanks for this piece; I was pleasantly surprised by all the feminist points you noticed. To be honest, I found Rubyfruit Jungle awfully smutty and sensationalistic, with all its descriptions of incest, statutory rape, shit-eating, but it's true that as part of Gen Y I may not appreciate how brave some of its feminist ideas were. You've definitely given me a new angle to consider!

Hmm, sounds like an interesting read, but I'd only be able to enjoy it if I somehow manage to put aside my previously established prejudices against Rita Mae Brown herself. After reading her essay "Take a Lesbian to Lunch," a work of writing which I found to be outrageously offensive (women "choose" to be lesbians? what?), I don't really think much of her as a person (a judgmental viewpoint, I know)... but then again, Rubyfruit Jungle is a work of fiction, so maybe it's different. I kind of wish I didn't dislike Rita Mae Brown so much, considering she is such a prominent feminist icon!

I appreciate the feedback everyone!

laurax0rz and Maura: That's strange about RMB. I've never really been a fan of her either, actually...I've read a couple more books and been disappointed. And I agree that the whole theory behind lesbianism being a "choice" totally goes against the essence of Molly and what she stands for. Didn't get that introduction in my edition but I'm sure I would have taken issue with it too.

I guess I'm just a fan of Molly and not Rita.

Also, TheBadassMuppet: I'm Gen Y, too (25), and I recognized the bravery right away!

I remember how much this book opened my eyes to a whole new world of sexuality I didn't know existed. All I can say is that I thank my friend for mentioning this book with an intensity in her eyes that I had never seen before. I bought it that day, I think, and read it in two days. It still sits on my shelf as a reminder of how a good book can seriously change your life. Warning: not for the sexually "sober" 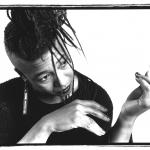