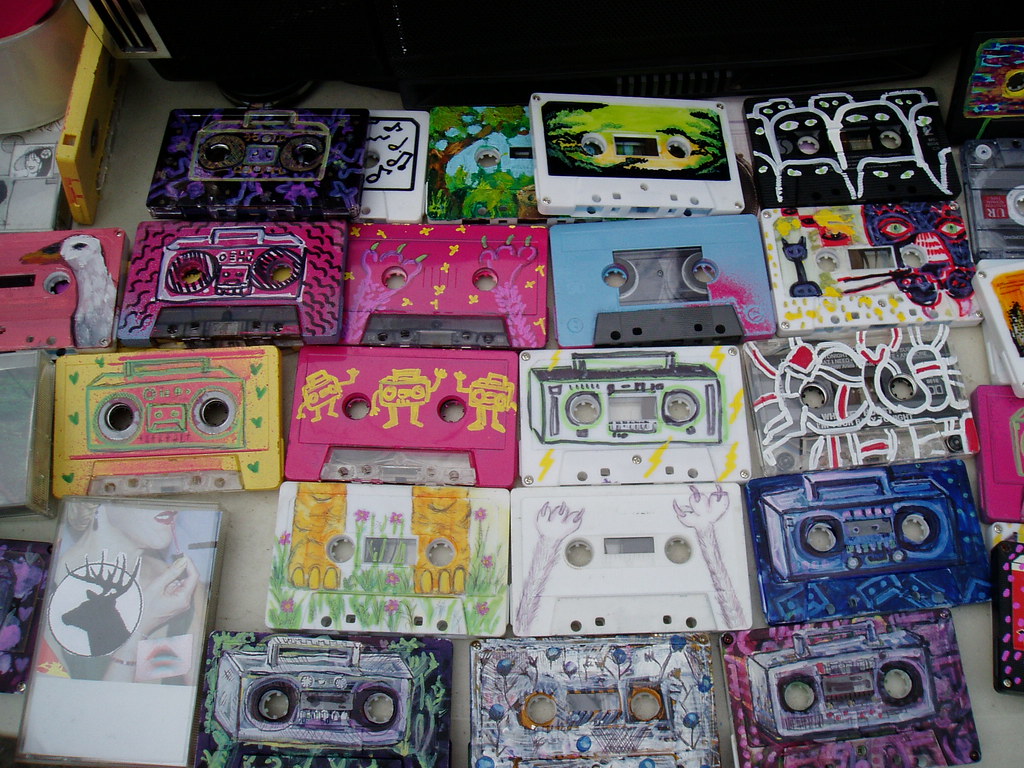 While prowling around on musicians’ Bandcamp pages, I’ve often wondered why some of my favorite bands choose to release their music on cassette. Is it a rustic hipster status symbol? Or a nostalgia novelty item? Or is it just a cheap and effective way to release an album? Listening to music on a tape deck takes me back to being a four-year-old in my parents’ living room, sorting through a modest collection of tapes by Joni Mitchell, Carlos Santana, and Carol King. But that was the early ‘90s and we’re living in 2014. It’s hard to even find a way to play a tape these days.

So I started asking around about why some record labels are back to putting out cassettes, along with vinyl and all-digital albums.

“Tapes are, very simply put, a very practical medium,” says a representative of Haunter Records via email. Haunter, based in Milan, releases music on tape from artists based in northern Italy, including the 2013 compilation From Northern Italy, On Our Way to Social Collapse on tape and as a digital download. The label’s representative, strangely, refused to give their name when corresponding over email. Generally, tapes are cheap to produce, they store easily because they’re small, and they allow you to experiment with graphics and package in many interesting ways. Plus, unlike an MP3, they’re a physical object that fans can hold onto. “We view them more as a token, as a touchable proof of the fact that the owner has given money to support the label and the artists involved,” says the unnamed label rep. The folks Portland-based label Gnar Tapes, for example, release solely cassettes because they’re fun to share—there’s a whole community built up around the tradition of sharing music on cassettes.

I rounded up some stand-out albums released on tape for your listening pleasure. 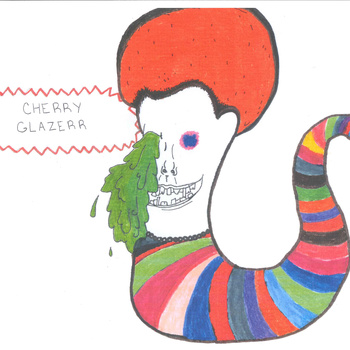 Cherry Glazerr bandmates Clementine Creevy, Sean Redman, and Hannah Uribe met in LA, where Creevy had been recording demos in her bedroom under the name Clembutt (she was still in high school). Under the mentorship of Lucy Miyaki of Tashaki Miyaki, her tracks evolved to become Cherry Glazerr’s debut. Released on Burger Records January 2013, Cherry Glazerr’s sound exquisitely captures what it feels like to be in high school. This music is angsty and imaginative, there are even songs about a grilled cheese sandwich having teeth and a pizza monster hiding under the bed. While the content of these songs is focused on crushes, hand holding, and sneaking cigarettes at lunchtime, Cherry Glazerr’s lilting dream pop is actually pretty well formed.  Creevy’s vocals are juvenile and endearing paired with mature lyrical moments and fuzzy riffs.  The track, “Teenage Girl” is self-consciously “high school” yet totally in on the irony, asking in one line: “Don’t make us feel belittled.” Cherry Glazerr is worth a listen if you want to remember what it was like to lay around your room singing about pizza. Cherry Glazerr’s latest release Haxel Princess (which features many of the same tracks as Papa Cremp)  is worth looking into if you dig the above description. 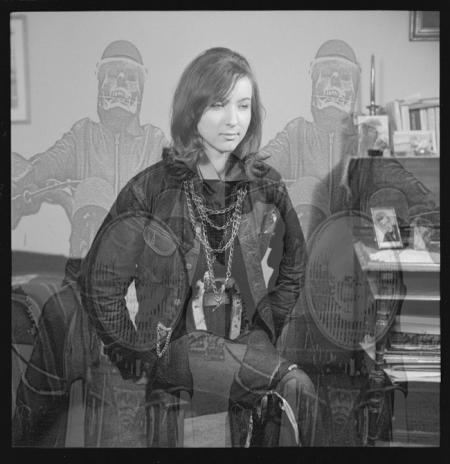 Another Burger Records release, Death Valley Girls’ Street Venom is a solid garage rock release for anybody trying to start a girl gang.  Street Venom is a stripped down and raw acid rock album. It’s tough to find background information on the band, but as Art Travana says in LA Weekly, that’s part of their allure—their album feels “shrouded in mysterious overtones and a ghoulish blend of bluesy psychedelia and ’60s garage fuzz.” This about sums it up. Death Valley Girls are a little bit of everything genre-wise, and have a constantly demanding and rebellious in character. These tracks are instrumentally solid with creative riffs that draw you in, followed by vocals by Bonnie Bloomgarden and sometimes accompanying shred-fest mid-song that makes you stick around. 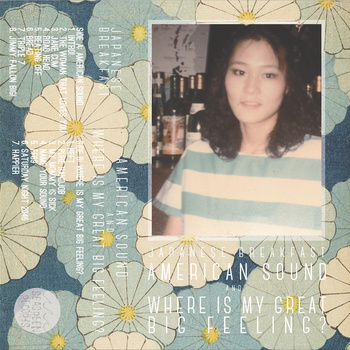 Michelle Zauner is known for being the lead singer of Philadelphia-based Little Big League, but has definitely distinguished herself from her band on her first solo cassette, American Sound. Zauner’s vocals are grainy, eerie, airy, and paired with to her tempo fluctuations, her sound is truly unique. These tunes feel intimate. Instead of overdoing it on the slightly cheesy synth, this album is made of full-bodied feeling, like when Zauner sings, “You call out my name like something from the bottom of the well” on “Triple 7” and “We’ll stay together for the weekend, honey/The weekend, babe” on “The Woman That Loves You.”  These stick-to-your-gut sensitive lyrics pair perfectly with thumping kick drums and icy slick riffs that float alongside the vocals. Zauner’s solo effort came out of  a difficult time in her life, as her mother was going through chemo. She told Impose magazine, “The songs became incredibly cathartic. I didn’t have much time to write or record them. They became more like diary entries, lacking any real narrative. They became pieces of conversation and feelings of anger and defeat. At the end I listened back to this twisted documentation of my feelings and thought about how much life can change in a week.” This tape shows Zauner’s sensitive, ‘80s inspired new wave side and should not be passed over. 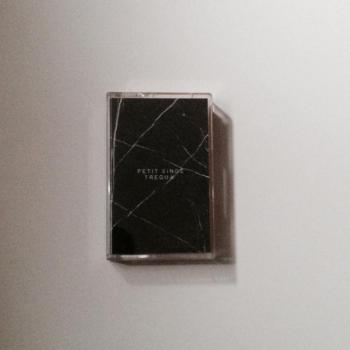 Hazina Francia is Indian-born, Italy-based DJ and producer going under the name Petite Singe, who has released a fantastic, dreamy tape on Haunter Records. Francia has a way of taking you away with breakbeats, polyrhythms, and samples of jungle birds and bugs chirping. This tape feels romantic and reminiscent as Francia recalls her Indian heritage with voices mixed over electronic aspects. The result is a short but sweet tape that is meditative, enchanting, and a little bit spooky. With my headphones full blast, I felt as if I was in a completely unique sonic environment. The liner notes state that Tregura represents “a moment of an existential ceasefire, a space for sensuous reflection through spiritual fatigue.”

Miriam W. Karraker is Bitch’s current development and outreach intern, a student at Lewis & Clark College, a poet, and a non-fiction writer. Tapes photo by Leandra Fallis, via Creative Commons.

should hear and watch December Rose too: http://www.decemberrosemusic.com/video/came-here-to-party/

Relevant: “He’s a Bully, a Salesman, Selling Fear and Hate” 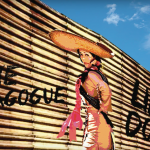 by Abeni Moreno
"The Demagogue" is part of a project by Artists for a Trump-free America to create and publish anti-Trump songs.