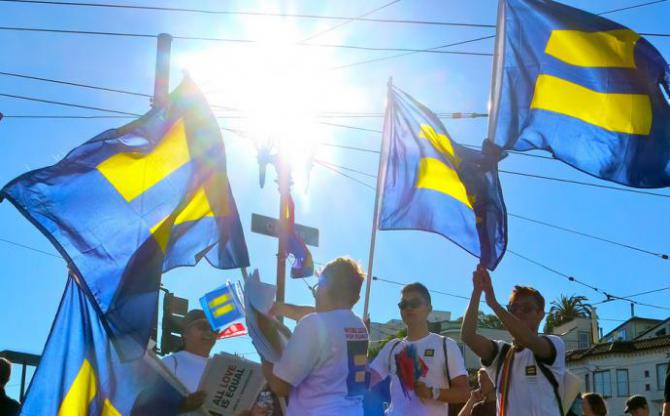 The Human Rights Campaign is the country’s largest and wealthiest LGBTQ rights organization. They work in every state in the nation on issues ranging from workplace discrimination to same-sex marriage. But an internal diversity report that was recently leaked to the press paints a troubling picture of the organization as a “White Men’s Club.” According to the report, which the HRC commissioned to examine its own inner-workings, women, people of color, and trans-identified individuals who work at the organization were often made to feel excluded and say they were discriminated against at times.

The report, which was obtained by Buzzfeed from an anonymous source, finds that “exclusion” at HRC, “was broad-based and hit all identity groups.” Prepared by the Pipeline Project, the report’s results were shared with HRC’s leadership earlier this year, but had not been disseminated to the staff by the time Buzzfeed made them public, as had been promised by leadership.

Founded in 1980, the HRC’s focus was originally to provide financial support to candidates who backed gay and lesbian civil rights legislation. Filling an urgent need, it grew quickly, becoming the 17th-largest independent PAC in the U.S. in just two years. Despite serious, repeated missteps involving trans and immigrant communities, HRC has grown into a ubiquitous national force, its logo, the yellow equal sign on a blue background, becoming synonymous with marriage equality.

The power and influence of HRC makes the recent report’s findings all the more troubling. Responding in focus groups and in surveys, HRC’s employees again and again paint a picture where, as the report’s authors say, “Leadership culture is experienced as homogenous—gay, white, male.”

One female employee described an environment of “visible misogyny,” which meant co-workers “cutting off women (and) addressing other men.” Another stated frankly, “As a woman I feel excluded every day.” The report’s authors say sexism and the term “good old boy’s club” were shared by employees 32 separate times during open-ended responses, with one offering bluntly, “Straight women and lesbians get sexist treatment from gay men at HRC.”

This belief is borne out in HR practices at the organization, the report finds, noting, “Seven out of 31 men who have been promoted have been on staff less than two years (some promoted two times). No women under two years have been promoted.”Among people of color, the report found that “more than half of multiracial and Latino people… feel they are not treated equally based on their identity.”

As the report appeared, HRC Executive Director Chad Griffin released a response, saying, “As we fully anticipated, the report flagged problem areas that the organization has already begun to tackle aggressively. We’ll continue to address them, one by one, as any serious organization recognizing these challenges would.”

HRC likewise provided Buzzfeed with a list of 18 steps it said it’s taken to improve working conditions at the organization, including many aimed at bettering the climate for transgender and non-binary employees. 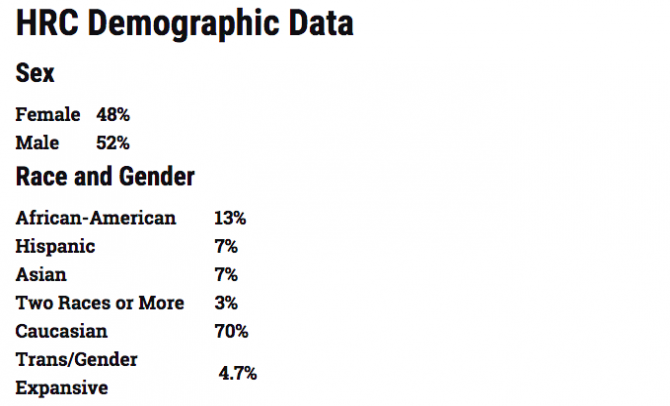 After the report was leaked, the HRC gave its demographic info to media outlets, including Fusion, who made the chart above.

Trans and genderqueer workers received special attention within the Pipeline Project’s report, “due to the depths of concerns” voiced by them. “Trans* people don’t feel safe to come out at HRC,” the authors write, a shocking finding, given that trans advocacy is part of the organization’s role. The authors note, as well, “[t]rans* people are frequently misgendered with the wrong pronouns, after repeated corrections,” and that the HRC dress code lists only “male” and female” options, excluding non-binary employees.

The HRC has long had a contentious relationship with the trans community, relating, most notably, to the Employment Non-Discrimination Act, or ENDA. In 1994, 1995, and 1996, HRC supported ENDA bills, which offered protections to lesbian and gay Americans, but excluded trans people. Each of those bills failed.

In 2007, with Democrats having won both Congressional houses, a push was made for a trans-inclusive ENDA, and then-HRC Executive Director Joe Solmonese promised the group would not support any ENDA bill that did not protect trans citizens. When House Democrats, led by gay congressman Barney Frank, removed protections for trans people from the ENDA bill, however, Solmonese went back on his word, betraying the trans community. HRC’s sole trans board member Donna Rose immediately resigned in protest, and a deep ire and distrust toward the organization was born.

These feelings were stoked again in 2013 at a rally for marriage equality in front of the Supreme Court when an HRC employee insisted a trans activist remove the trans flag from behind the podium. At that same rally, HRC officials insisted a queer, undocumented speaker revise his speech, removing any reference to his immigration status.

When he assumed leadership of HRC in 2014, Chad Griffin made a speech apologizing to the trans community on behalf of the organization and pledging to help it become more inclusive and sensitive to the needs of all LGBTQ community members. One would like to see the commissioning of this report as part of an effort to do so. For that to happen, though, the report indicates, willingness for such change will need to grow.

“No one trusts HR,” the report’s authors write, adding, “There is a general sense of feeling excluded from decision-making and a distrust or fear that if one brings up concerns, their sphere of influence becomes limited.” Echoing this sentiment, a respondent in a focus group said people at HRC feel, “Raising concerns is not your job and focus on your tasks. Concerns are to be tasked by people who are more experienced, less radical, more conservative, more mainstream.” The issues at the HRC also reflect a power imbalance within the LGBTQ movement nationwide. Writer Shiri Eisner coined a term to describe this issue. Instead of being the LGBT movement, Eisner writes that what we’re seeing is the GGGG (Gay Gay Gay Gay) movement. Far too often, white, upper-class cis-gender gay men are the voice of all queer equality.

As the report makes clear, HRC is going to have to do a lot of work to transform from an organization that has a “judgmental working environment, particularly concerning women and feminine-identified individuals.” For a group with “human rights” in its name and such a huge platform, such findings are disturbing, the HRC is going to have to step up to make changes—or find itself without a lot of allies.

Related Reading: We Are Not “Just Like Everyone Else”—A Queer Critique of Marriage.

The reasons explained in this article are why I pulled my support from HRC. Though as a college student I don't have much money to make monthly donations, I still try to support LGBTQIQA organizations--but HRC is no longer one of them. I used to subscribe to their YouTube channel and only kept seeing advertisements, or highlighted stories that featured white gay men, white straight men, white lesbians or white straight women. I got tired of it and withdrew my financial support. For me, HRC reminds me of Andrea Smith's essay "Heteropatriarchy and the Three Pillars of White Supremacy", except HRC is now embodying a new term--Heteronormativity. Yes, they may engage in same-sex relationships but they are still white, male, cisgendered, wealthy, thin, want to get married and want to have children. They still adhere to the good ole' (white) American Dream. Instead of supporting HRC, I support the National LGBTQ Task Force. They're not perfect, but they're a hell of a lot better than HRC. Rant over.

It's scary that people like Dreya exist in the world.

What's scary is that anyone considers people like Dreya a threat. 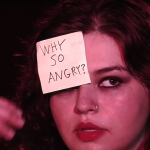