Republicans Want to Stop Human Trafficking Victims from Getting Abortions 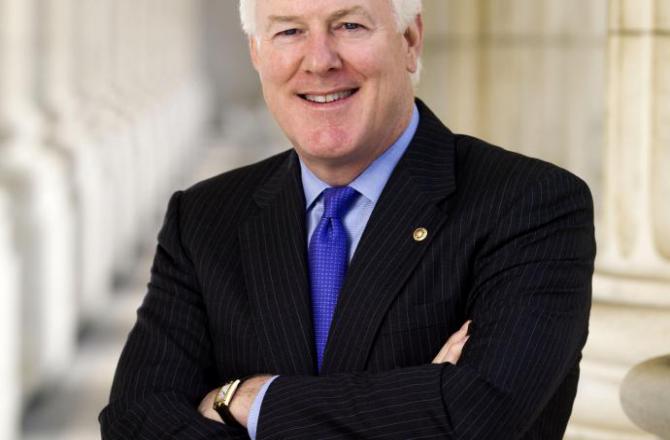 This is the guy writing our national reproductive health policies: Texas Senator John Coryn wrote language into an anti-human trafficking bill that would ban a victim restitution fund from covering the cost of abortions.

The Justice for Victims of Trafficking Act was poised to be the rarest of federal bills: one that passed through the usually deadlocked Senate with bipartisan support. The bill is designed as a forward-thinking response to the scourge of trafficking—it stiffens penalties on traffickers, expands the federal definition of child abuse to include trafficking, and increases the compensation and restitution offered to trafficking survivors.

But though both parties championed the legislation upon its introduction in January, Democrats balked last week upon discovering Republicans had inserted language forbidding victim restitution funds from being used to cover the cost of abortions for trafficking victims. This is especially troubling given that many trafficking survivors have been forced into sex work or have experienced sexual assault. Without this funding, victims who have been impregnated against their will would have to figure out how to cover the cost an abortion themselves.

“This bill has been hijacked by anti-abortion and anti-immigrant forces,” said Kimberly Inez McGuire of the National Latina Institute for Reproductive Health.  “The anti-choice language was placed in the bill in secret. It’s part of a pattern on conservatives’ part to slip anti-abortion language into every piece of legislation that’s advanced.” Horrifying facts back up McGuire’s assertions—since 2011, state legislatures have enacted 231 new abortion restrictions.

There’s a clear class issue here: In passing these measures, conservative lawmakers are preventing poor women from accessing abortions.  Following Roe v. Wade in 1973, federal Medicaid covered the cost of abortion for women who couldn’t afford the procedure. For the first few years that abortion was legal nationwide, a third of U.S. abortions were Medicaid funded.  Then Congress passed the Hyde amendment—and has renewed it every year since then in the federal budget—which banned the use of federal funds to pay for abortion services. Representative Henry Hyde was outspoken about his desire to outlaw women’s access to abortion services entirely. But he was only successful at making abortion harder for poor women. Hyde wrote, “I would certainly like to prevent, if I could legally, anybody from having an abortion: a rich woman, a middle class woman, or a poor woman. Unfortunately, the only vehicle available is the Medicaid bill.”

Pro-choice advocates challenged the Hyde Amendment in the courts, but the Supreme Court affirmed its constitutionality in 1980. In his dissent, however, Justice Thrugood Marshall outlined the law’s true legacy, writing, “The Hyde Amendment is designed to deprive poor and minority of the constitutional right to choose abortion.”

For decades, it’s been conventional wisdom in politics that challenging this ban is a nonstarter. The past few years, however, has seen a surge of grassroots campaigning to overturn Hyde and other such restrictions aimed at low-income women. The organization All* Above All, for instance, took a cross country bus trip last year from Los Angeles to Washington, D.C. to commemorate the Hyde Amendment’s anniversary and mobilize young people and people of color around the issue. 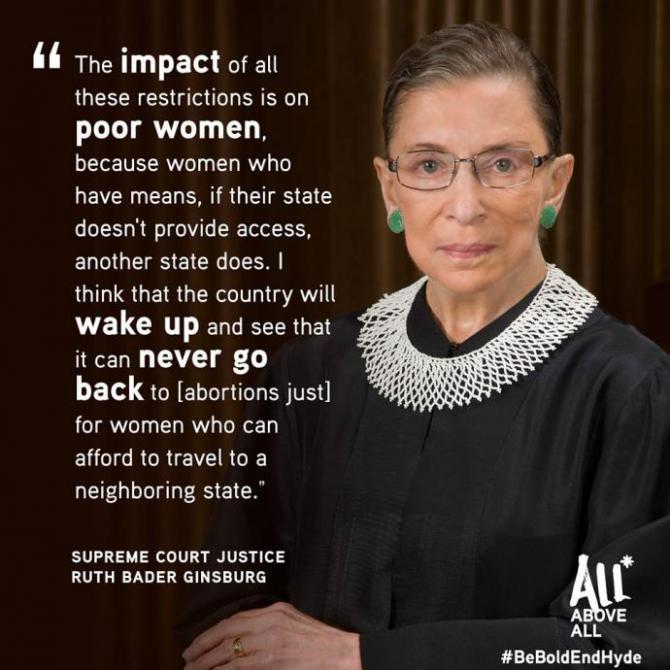 McGuire agrees that the measure’s longevity does not guarantee its continuation. “Communities across the country have risen up against the Hyde amendment,” she said. “Just because it’s the current policy doesn’t mean it has to stay that way. We want to lift the voices of the communities it affects adversely to oppose the policy and change it.”

Now, almost the exact language of the Hyde Amendment is being written into human trafficking bill. One aspect of this battle over the Justice for Victims of Trafficking Act that alarms lawmakers and activists is that it would codify federal restrictions on abortion funding into law for the first time. While official policy for decades, the Hyde amendment is an addendum to the budget, inserted year after year.  For this and other reasons, Senate Democrats have refused to move forward with the bill until the restrictions are removed.

Senator Patty Murray condemned the Republicans’ actions, saying, “This bill will not be used as an opportunity for Republicans to double down on their efforts to restrict a woman’s health-care choices. It is absolutely wrong and, honestly, it is shameful.” Senate minority leader Harry Reid concurred, saying, in no uncertain terms, “This bill will not come off this floor as long as that language is in the bill.”

Rather than compromise, however, Republicans have chosen to play hardball, threatening to postpone the already long-delayed confirmation of Attorney General nominee Loretta Lynch until after the Trafficking Act is addressed. No classist abortion bill, no Attorney General—that’s how the Republicans are playing. 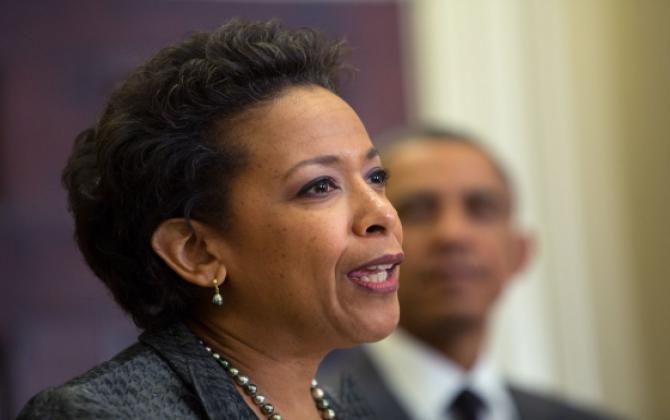 Loretta Lynch: Someone who has no logical connection to the current human trafficking and abortion issues currently being debated. Official White House Photo by Pete Souza.

It’s vital to remember that these provisions impact lives, and that these restrictions impinge on the lives of marginalized women—in this case women who’ve experienced the dehumanizing terror of being sold for sex against their will. These women’s constitutional right to access abortion services should not restricted, or treated like a political football, by wealthy right wing lawmakers attempting to impose their conservative agenda.

McGuire is using this challenge to lift her constituency’s voices. “We’re making sure our champions in Congress understand how strongly Latinas oppose these bans on abortion services,” she says.

Related Reading: In Reality, Not All Americans Have Access to Safe, Legal Abortion.