If you haven’t been paying attention, 2012 is the supposed last year of worldly existence, according to an ancient Mayan calendar, and TEOTWAWKI stands for “the end of the world as we know it.” Whether this end comes through nuclear collapse or magnetic pulses from space or a simple breakdown of social and financial systems, savvy survivalists are sharing their knowledge on panicky forums that sprout like radioactive mushrooms across the Internet.

National Geographic’s television series, Doomsday Preppers showcases the very best of the extreme, like Megan here, who stockpiles handguns, canned asparagus and—revealed in a shot apparently necessary to the trailer’s narrative arc—a stripper pole. There is even a Ladies Section on Survivalistboards.com, which really makes you re-evaluate the average tampon. After the apocalypse, everything -including blowdarts, DIY lamps, and deadfall traps- can be made with tampons.

And isn’t building a new world out of tampons (or other materials of choice) the apocalypse fantasy? Consider Robert O’Brien’s Z for Zachariah, classic apocaliterature for the middle-school set, in which teenage hero Ann Burden miraculously survives nuclear catastrophe. After living in isolation, Ann is surprised to see a single man in the distance, who approaches, gradually settles in, starts eating Ann’s food, asking for her medical care, and planning the rest of their lives together. First, Ann is into it, but Loomis’ imagination of the new world order is very much a women-as-chattel system. The novel’s wonderful turning point in a feminist reading comes when the couple reads Pride and Prejudice together.

(Spoiler alert!) Ann suddenly realizes that Loomis has not been paying attention to the book, and seeds of doubt about his interest in her begin to sprout. Violence, hiding, and chase scenes ensue, but once Ann steals Loomis’ biochemical protective suit and sets out on an adventure to find the rest of humanity, you get back into TEOTWAWKI utopia-building: leaving behind all the parts of civilization that aren’t working. Bossy guys with plans to fertilize everything—plant and human— don’t have to survive.

For the real apocalypse, try Elizabeth Colbert’s alarming investigation of climate change: Field Notes from a Catastrophe. What’s on your end of days reading list?

There are only two books listed, and you give away the ending of Z for Zachariah! I was going to read it, but what's the point now? At any rate, there is no shortage of apocalyptic fiction these days.

Dies the Fire, a post (and mid?-apocalyptic trilogy by S. M. Stirling, is sort of poorly written, but features a cast of Wiccans and ren-fair types living in the woods in Oregon after all technology fails. Robopocalypse is a recent book that can help you figure out how to fight back against the machines once they take over.

And, how about a good wilderness survival handbook? I am thinking about getting one now. SAS Survival Handbook, Revised Edition: For Any Climate, in Any Situation looks pretty decent.

Good point, Anonymous! I added a spoiler alert in case readers don't want to know how Z for Zachariah ends. Thanks for your suggestions!

We've got some of them on the homesteading forum I frequent (I'm becoming a farmer-type), and the way that they stockpile canned goods rather than canning supplies and such is confusing. Here, it strikes me: why tampons? Why not menstrual cups? Seriously people. Save the space for something more useful . . .

Frivolity aside, thank you for the recommendations--one of the things I dislike about TEOTWAWKI stuff is the masculinist BS. It's nice to see that some folks are trying to take it in different directions. And, happily, a new Mayan calendar has recently been discovered that goes beyond 2012: http://www.telegraph.co.uk/news/worldnews/centralamericaandthecaribbean/...

No TEOTWAWKI this year!

My in-laws are preppers. They bought sacks of wheat and a generator for Y2K. This time, they've bought a fifth wheel trailer and parked it at a farm "just in case." They have offered to "prepare a place in the country" for us, too.

I haven't read it yet but I heard that the parody of the Jane Austen classic is pretty funny. "Pride and Prejudice and Zombies: the Classic Regency Romance -- Now with Ultra-Violent Zombie Mayhem!" How could you go wrong with a title like that?

Thanks to this article I spent the last 4 hours googling doomsday preppers, related cat memes, and started plotting a Prezi on an intersectional analysis of Doomsday preppers + Octavia Butler's Parable of the Sower + suzanne collins Hunger Games + Rebbecca Solnit's Paradise Built out of Hell. 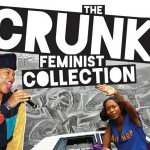 by Joshunda Sanders
The Crunk Feminist Collection operates as a guidebook for navigating how to care for yourself, your sisters, and world more or less in that order.