Revenge of the Feminerd: Feminism? There's an App for That | Bitch Media

Revenge of the Feminerd: Feminism? There's an App for That 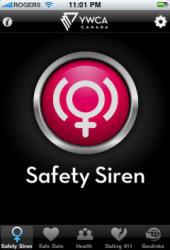 I was a little hesitant to write about iPhone apps because it’s definitely an issue with a really class-specific impact. Smartphones are expensive, but even though smartphones are still out of reach for many low income people, they’re becoming more and more widely used worldwide. In the US, almost 30% of mobile subscribers use smartphones, with about 1/3 opting for the iPhone. And Neilsen surveys show that women looking for smart phones are more likely to want an iPhone as their next device.

Part of the reason the iPhone has been getting more buzz than other smartphones seems to be due to the plethora of apps available on the system (over 350,000 compared to just over 25,000 for Blackberry). And given some of the options we’ve seen, including hate-filled, sexist</> and homophobic propaganda, I thought it would be a good idea to profile some of the more positive options for feminists.

Here are some of the best ones I’ve heard of, in no particular order:

Also honorable mentions to the many apps that help women track birth control pills and menstrual cycles. A friend recommended Period Tracker specifically, and while I’m not a huge fan of its über girliness with all the flowers, hearts, and butterflies, its functionality is definitely cool. As a bit of an Apple noob, I’d love to hear about the apps you can’t live without. Any good anti-racist apps you know of? Please comment below!

Thank you for acknowledging the class issue here. I was just reading an article on a mainstream website about how to reconnect with your partner -- it recommended taking two-hour lunches on a weekday a few times a month to come home, cook a leisurely meal, and drink wine together. Both eyebrows went way up. How many people can afford to take two-hour lunches a few times a month? Most people I know don't even *get* a lunch, despite federal regulations, and if they say anything, they get fired. So I *really* appreciate the intro to this.

That having been said, all of these apps look cool. I don't have an iPhone, although I'd like to get one sometime, if I can ever afford a data plan. The YWCA Safety Siren looks particularly awesome.

I'd love to see some sort of "yes means yes"-esque app about making empowered choices about our sexuality.

"I don't have an iPhone, although I'd like to get one sometime, if I can ever afford a data plan. "

One option is to get an iPhone where the OS is cracked so you can theoretically put any cell phone plan you want on it. You can't always download the very latest apps, but you can still get and do a lot.

I know somebody with a $10/month Telus plan on their iPhone, so they can download apps on their computer and put them on the phone, use the iPhone with WiFi when at home, but can only use its wirelessness to phone people (no data access) when they are out. (Well, that is, unless they can get their iPhone to connect to a free WiFi network when they're out). Certainly this is not as mobile as a $60/month data plan (or whatever, I'm in Canada). And it still draws on class-linked technical knowledge/connections/feelings of entitlement, but it's a cheaper possibility, for those who are interested.

There is an iPhone app called Sit or Squat (sponsored by Charmin, tee hee) that comes in *very* handy - especially if you are in a strange part of town or new city. It tells you where all of the public restrooms near your current location. The app also allows you to RATE the toilet and provide a review ... so you can help a sistah out! when she's trying to decide where to ... do her business.