Revenge of the Feminerd: Geek Peeves

Today I list my top five feminerd annoyances, including the lack of LGBT characters on Star Trek, sexist comics at The Oatmeal, and “chainmail bikini”-type video game costumes for women. In no particular order:

The Lack of LGBT characters on Star Trek

I’m actually not sure what bugs me more: the fact that there weren’t gay crew members on any of the Star Trek series, or the fact that I didn’t even notice until I came across an interview with Brannon Braga earlier this year.

Braga talked about trying to get approval to have gay characters:

It was a shame for a lot of us that … I’m talking about the Next Generation, Deep Space Nine and there was a constant back and forth about well how do we portray the spectrum of sexuality. There were people who felt very strongly that we should be showing casually, you know, just two guys together in the background in Ten Forward. At the time the decision was made not to do that and I think those same people would make a different decision now because I think, you know, that was 1989, well yeah about 89, 90, 91. I have no doubt that those same creative players wouldn’t feel so hesitant to have, you know, have been squeamish about a decision like that.”

This video is a bit long but if you’re interested in this topic, it shows the DS9 kiss scene (starting at 4:43) and two related scenes from The Next Generation.

Now I’m not opposed to pink gaming accessories. I don’t really like the assumption that girls won’t game unless their consoles and controllers are girl-branded, or the idea that if guys use pink accessories that’s unmanly. But I don’t have anything against their existence—if anyone of any gender thinks using pink accessories makes their gaming more fun, I say go for it.

But, apologies to HK fans, Hello Kitty branding is where I draw the line. I’m not blaming the people who play with them, just the people who decided that making this would somehow improve the world: 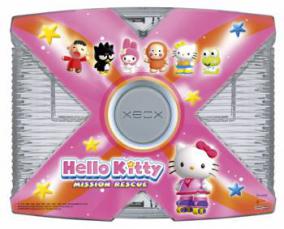 OK, so it’s not as weird as the Hello Kitty lawnmower, but it still irritates me.

The Fact that Kate Mulgrew is Anti-Choice

Back to Star Trek. Captain Janeway was one of my childhood heroes and it sucks that the actress who played her, someone who’s been such a role model for young girls, has used her status to oppose abortion rights. Mulgrew calls herself a liberal yet opposes abortion, saying it: ”does not compute with my philosophy”. She’s is a supporter of the oxymoronically named “Feminists for Life,” along with Sarah Palin and actress Patricia Heaton.

Now whenever I’m watching Star Trek: Voyager re-runs I have to focus more on Captain Janeway as a character and try to detach that from Kate Mulgrew’s politics.

Sexist Comics at The Oatmeal

I’ve written about this at my blog in more detail so I won’t go too much into it here, but I’m usually a big fan of the web-comics from Matthew Inman at The Oatmeal. His cartoons about cats are particularly hilarious.

But then he goes and screws things up with sexist comics like ”5 Super Neat Ways to Use a Hooker” or a whole series making fun of women with facial hair called “Women and Mustaches”. I find it deeply disappointing when I enjoy so much of his other work. 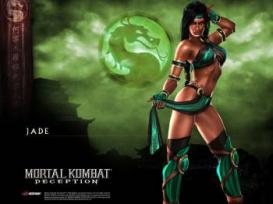 Ouyang Dan wrote a good piece on this called “The Chain Mail Bikini” and I agree—I want more options from my video games. It’s sad when one of your better game costume options is Lara Croft, whose outfit at least includes shorts and flat shoes, even though her tank top is ridiculously tight. Can you imagine the chafing you’d get doing martial arts in the Mortal Kombat women’s costumes, which mostly feature bikini bottoms? Ouch.

Then of course there’s the whole fact that a bunch of the non-white women characters are heavily exoticized, Mortal Kombat being one of the worst venues for this.

What are your feminerd pet peeves?

Every year, a group of my friends and I go to PAX in Seattle. And every year we discuss what kind of group cosplay we might be able to engage in. We're a mix of male and female, large and small. We have such a difficult time coming up with any kind of cosplay that has enough valid female options that aren't completely obscure or overtly sexual. The closest we've come is Firefly.

Video gaming costumes drive me crazy. I can't imagine my cleric in Rift is OK with having most of her decolletage unprotected. You know her heart is in there, right?

A tribute to the films of Miyazaki? One film might be enough if people are willing to play minor characters, like <i>Kiki's Delivery Service</i>. He even has some characters that are <i>old</i>!

I'd have to say one of the biggest pet peeves I have as a "Feminerd" is the assumption that female tabletop RPG gamers have no idea what they're doing. As a female who not only plays but has DM'd games, I really resent it when I walk into the gaming shop and everyone starts talking to me like I accidentally wandered in while looking for The Gap or something.

That's really interesting. I haven't really noticed that but whenever I'm looking at video games I get the assumption that I'm looking for karaoke or dance games. To be fair, that's often the case, but I doubt it happens to guys a lot.

that "5 Super Neat Ways to Use A Hooker" was a lot more horrible than I thought it would be. I wish I hadn't looked at it, i'm completely grossed out/not going to read the Oatmeal ever again.

I get hacked off at Questionable Content and The Oatmeal monthly. But is is so good, I can't completely dis-engage. Unless it's rape jokes (why I stopped reading The Gun Show). And yes, I have written lots of angry emails.

I am a trekkie and i agree with you on the LGBT issue, but even more than that Star Trek has always had issues when it comes to gender and sex. Remember the TNG episode where Troi is impregnated by an alien being while she's asleep? She goes through the pregnancy in a day. Like that honestly wouldn't kill her. And there is no decision making on whether to carry to term, she just does as though she has no choice, she acts as if she's supposed to.

A recurring villain archetype in star trek is also the "seductive alien". My least favorite of which has to be the Enterprise episode with the Orion slave girls ***SPOILER ALERT*** who are not really slaves but only pretending so they can manipulate men.

I'm way over skimpy outfits for females in fighting games myself, so I tend to prefer games where the girls look like they are gonna kick some ass, not sell it in a seedy alley. MK is the most egregious, with only Sonya being dressed in pants from time to time (although over the years, her top has gotten so tight, it's given her ribcage a hernia).

Tekken, the King of Fighter's series, and even Street Fighter of late trimmed the fat (and by fat, I mean non-skimpy clothing... there hasn't been a large female character in fighting games since the first Bloody Roar game, with Mitsuko the Boar who was quickly tossed to the wayside for her more svelte daughter Uriko the Half-beast ) and has only one or two almost-nekkid lady brawlers.

This. All of this:

Minus all the comments pointing out how ridiculously sexist the article is.
And also, when I'm playing a game in my apartment living room, and one of my male roommates tells another of my roommates that I'm "actually doing pretty well."

Well, a lack of relatable female characters in most-to-all video games and anime is one thing that ticks me off. I always find myself identifying with the male characters because I found them to be actual, three-dimensional people as opposed to the flat caricatures of the female characters.

More recently, I've been frustrated with the female characters in Rockstar's Red Dead Redemption--so much so that I sent them a letter.

I've been a trekkie since I was very young, and while Cpt. Janeway was a rolemodel in her own way, the one female (well, part female, part slug) character I really wanted to be as a girl was Jadzia Dax. She had everything - she was smart, she was experienced (hell, part of her had been a mother, a father, a shuttle pilot, a musician, a murderer etc), she had great social skills, she was a kick-ass swordswoman, she was well read, had an interest in all things cultural, had a dark past, she was beautiful, had klingon friends and she eventually married Worf - and their relationship, more to the point, their sexlife really helped me come to terms with the fact that in my (then very theoretical) fantasies gentle kisses and caresses with feathers and silk played a minor role to things that could lead to bruised ribs and scratches.

I love his comics. I guess he does have sexist jokes peppered around, but I doubt he's intentionally doing that. The hooker one seemed more like a joke against the guys, honestly, since the hooker is just standing there in awe at her clients' random requests.

That it has "hooker" in the title would have been the first thing to note. I don't know how you unintentionally have sexist jokes.

This comic completely ruined The Oatmeal for me. Glad I wasn't the only one!