Revenge of the Feminerd: So Long and Thanks for All the Fish | Bitch Media

Revenge of the Feminerd: So Long and Thanks for All the Fish 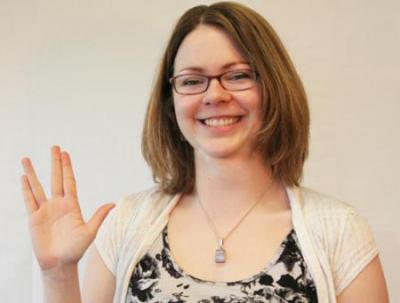 Everything has its season: ET had to go home, Sisko had to go be with the Prophets, Yoda had to become one with the force, Professer Xavier and Magneto had to go their separate ways, and so too this blog series must come to an end.

I’ve enjoyed every minute I’ve spent interacting with you through this blog and I’d gladly do it again. If you’d like to keep up with my writing, you can find me at Gender Focus, at the Gender Focus Facebook Page, or on Twitter @jarrahpenguin.

For interest’s sake, because we geeks love metrics, “For Girls Who Wear Glasses” was my most popular post in terms of Facebook shares (over 700 in 2 days), while “Nerd Hyperwhiteness” got by far the most comments. And this is a bit of a guess but I’m estimating “Barriers to Women in Science” was shared the most on Twitter.

Over the past two months we’ve celebrated feminerd heroines real and fictional, challenged some not-so-feminist corners of geekdoms, and looked at the gender and racial dimensions of the geek/nerd stereotype.

One of the big things I gained an appreciation for through writing this blog is the incredible diversity and depth of geek subcultures. Back when I was a guest contributor to the About-Face Blog I wrote an article on Lolita fashion based on a short documentary I’d seen, and was rightfully taken to task by feminists who identified with and practiced Lolita who felt I didn’t fully understand the culture. You can’t fake nerd interests and I was conscious of not wanting to repeat my mistake by writing about certain aspects of nerd culture with a tone of authority that I hadn’t really earned.

I’m happy with the topics I covered, but some topics I wish I’d had more time to research/experience so I could’ve written on them are:

Another area I did write on but wish I’d had more time to talk about was fanfiction. I would’ve liked to do a second post that was more for people already writing fanfic that could’ve looked more in-depth at Mary Sues and the history of fanfic in English Literature. While my blog at Gender Focus covers slightly less nerdy topics as well, I hope I’ll get a chance to explore some of these subjects further there.

If you’re looking for some other great resources on feminist/women’s nerd culture, I always recommend The Geek Feminism Blog and The Mary Sue.

Before I beam on out of here, I wanted to transmit an extra special thanks to Kelsey Wallace and Kjerstin Johnson for their editing & tech help.

And to everyone else, thanks for reading. Live Long and Prosper.

Your posts were one of my faves to come through my feeds. It's always great to hear thoughts from a fellow geek girl. May the force be with you... Live long and prosper... With great power comes great responsibility... Klaatu barada nikto... and most importantly... Don't panic.

You are awesome! Also, online feminist graphic novel club? I'd be in...

I'll be sad to see you go, Jarrah. Your blog series was great. I was thoughtful and articulate and tickled my nerdy fancy. I'll have to make up for the loss by listening to video game music on YouTube while wearing my cosmic wolf shirr (yes, I have one). I'll end with a good nerdy quote:

"Well, here at last, dear friends, on the shores of the Sea comes the end
of our fellowship in Middle-earth.
Go in peace!
I will not say: do not weep;for not all tears are an evil."

Oh so sad!
Your column was awesome. I wish you good luck in your other projects and a happy life ! <3
Edith

So say we all.

This was my favorite blog. I looked forward to it each time. I guess every good thing must come to an end though. I will miss this blog.

Well, I suppose my friends will be relieved when I stop posting every feminerd blog entry on facebook. This has been my fave series, I'll miss it so!

Thanks to everyone for the kind wishes and nice words about the series - especially the awesomely nerdy goodbye quotes. It's been a great ride and I hope you'll visit me at <a href="http://gender-focus.com">Gender Focus</a> or on Twitter!

I am ofcourse a subscriber, BUT I come to the website to read this blog! Son of a Targ, this bites!
Best of luck, it was fun.

I've been holding this in since you started this series but I can't any longer. Feminerd is part of a user name of mine on a social networking site. And now that I see your picture, I see you and I also have very similar noses. I have no idea what this means, but I have really enjoyed this series. Keep up the good work!