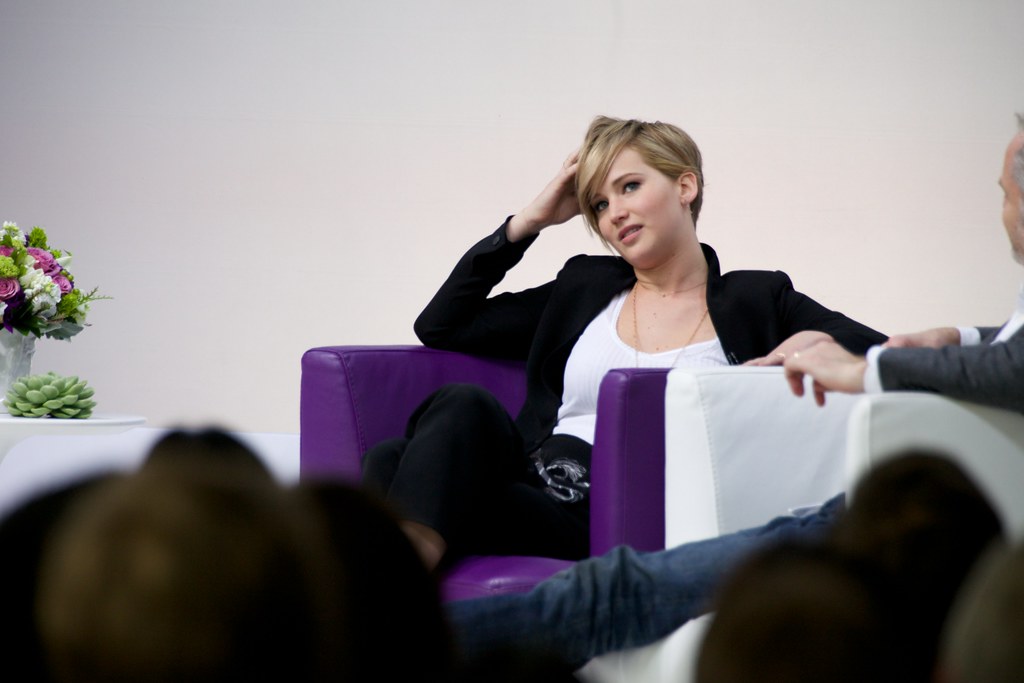 Jennifer Lawrence has spoken out against someone posting her personal photos online. Photo by Martin Eckert.

Advocates for greater criminalization have stories about the devastating emotional and social effects of having nude photos posted online. They point to the lack of legal recourse in many states, which means that, for many people, those images may haunt them for a long time. While stiffer criminal consequences for posting a person’s nude or sexual images without their consent might satisfy the desire for punishment, arresting and prosecuting the person(s) responsible doesn’t actually solve the underlying problem: the prevailing perception that women’s bodies are fair game and that their privacy and agency can be ignored.

Will the threat of legal proceedings and imprisonment deter people from posting naked photos, either of hacked celebrities or of ex-lovers, online? Maybe it will in some cases. But for the most part, I don’t think so. After all, the U.S. has strict drug laws, complete with long mandatory minimum sentences, but those have not stopped thousands of people each year from buying, selling, using and possessing drugs. The U.S. also has increased criminal responses to domestic violence over the past few decades, yet the news reminds us that, somewhere in the country, a woman is beaten every nine seconds and that one in four women (and one in seven men) will experience domestic  violence in their lives. When we pass laws without changing the culture that leads to bad behavior, we don’t get to the root of the problem.

We live in a world where women’s bodies (trans or cis) are seen as fair game. Revenge porn is no surprise in a culture rife with street harassment and domestic violence. To stop people from maliciously posting naked photos online, we need to tackle issues of power, sexism, lack of consent, and the sense of entitlement to women’s bodies which is so prevalent in our society. These are all issues that the criminal justice system, whether in its courts or inside its prisons, never address. Instead, settings like the court system push people to defend and justify their actions rather than reflect on the harm that they have caused and work toward making amends. Prison environments don’t encourage self-reflection and greater responsibility either; instead, they often encourage and inflame men’s sense of sexual entitlement and violent attitudes.

This past June, the International Men and Gender Equality Survey (IMAGES) released a report entitled The Making of Sexual Violence: What Makes a Boy Grow Up to Commit Rape? While the report focused on non-virtual sexual assault, the question it raises is the same one we should be asking when discussing online violations of privacy: What makes men feel as if they have the right to violate women’s bodies?

“It is critical to engage men and boys in efforts to curtail sexual and other forms of violence against women,” IMAGES stated, something that legislation focusing solely on punitive measures, such as arrest, prosecution and imprisonment fail to do. IMAGES’ report issued several recommendations that begin to address the underlying devaluation of women’s bodies and consent. Instead of just going through the courts to end sexual violence, the report recommends dedicating resources to programs that directly tackle issues of power, gender norms, entitlement, and sexism in society, especially among men and boys. “These ‘gender-transformative’ program approaches are proving significantly more effective at shifting attitudes than program approaches that maintain a neutral or superficial stance on issues of gender and power,” the report notes. This means, of course, allocating resources, such as money, space, and time, toward these programs as an integral part of a long-term solution rather than viewing them as add-ons that can be de-funded at any time. It also recommends programs that directly address particular settings that encourage men’s violent attitudes and sense of sexual entitlement, such as sports teams and frats. How many stories have we heard about sexual assaults, domestic violence, or other forms of abuse committed by sports players that have been downplayed until public outcry forced the issue? How many other situations are quickly silenced? What if attitudes around male privilege, entitlement and violence were challenged head-on in these environments?

The report also notes that the success of programs in schools to reduce gender violence and to encourage healthier, more nonviolent lifestyles among different age groups. It points to the Gender Equity Movement in schools in Mumbai, India, which shifted attitudes about gender among nine to 13-year-olds, as well as the Young Men Initiative in the Northwest Balkans and Promundo’s Program H curriculum, both of which utilize discussions about how boys and men are socialized, the positive and negative aspects of this socialization, and the benefits of change, that have effectively shifted attitudes about gender violence.

Related Reading: What Does Justice Mean Besides Police and Prison?

Victoria Law is a freelance editor and writer. She frequently writes about intersections of incarceration, gender and resistance. She enjoys reading dystopic fiction to escape the realities of the U.S. prison system. 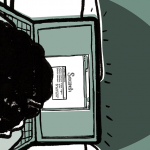 by Felicia L. Montalvo
We must recognize that the engine of the tech revolution—the assumption of inherent neutrality—is faulty.