This History-Making Marriage Equality Documentary is a Joyful Tearjerker 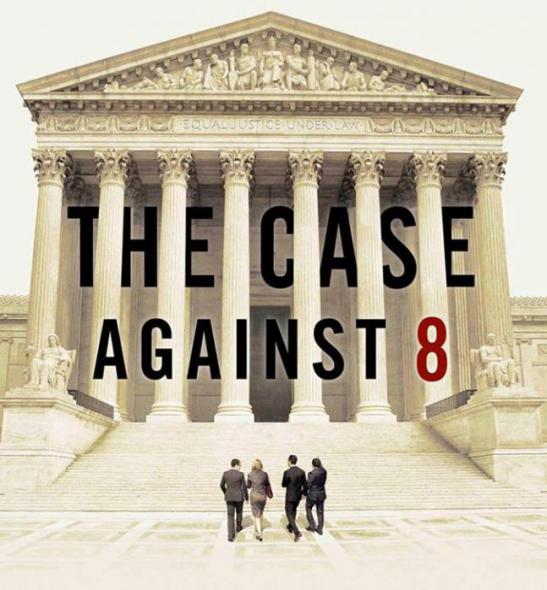 Here is a documentary that will write history. The Case Against 8 artfully weaves the tale of the legal fight over same-sex marriage into the personal stories of the people whom our unfair marriage laws most acutely affect. This is the film that will be shown in high school history classes studying the marriage equality movement twenty years from now. And I expect there will not be a dry eye in the class.

The Case Against 8 begins with a lawyers’ rehearsal for a Supreme Court hearing on California’s Proposition 8, which banned same-sex marriage in the state in 2008. The Supreme Court stand-ins throw out various difficult questions we’ve heard in op-ed headlines and over dinner tables during the past decade: “Why should the government go out its way to protect something that has never been a protected right under law?” “California treats domestic partners as legally equal to married couples, what’s so important about the word ‘marriage’?” Lawyer Ted Olson destroys every question. We all know how this film will end: with a long-deserved wedding and a loving kiss. But the story along the way is both gripping and detailed.

In The Case Against 8, filmmakers Ben Cotner and Ryan White distill five years of complicated legal action and 600 hours of footage into an engaging and truly educational film. Perhaps their greatest feat is that they’re able to fill what is essentially a constitutional legal drama with surprising humor and personality. When an audience bursts out laughing at the reading of a lawyer’s Ninth Circuit Appeals Court argument transcription—now that’s a well-made documentary. 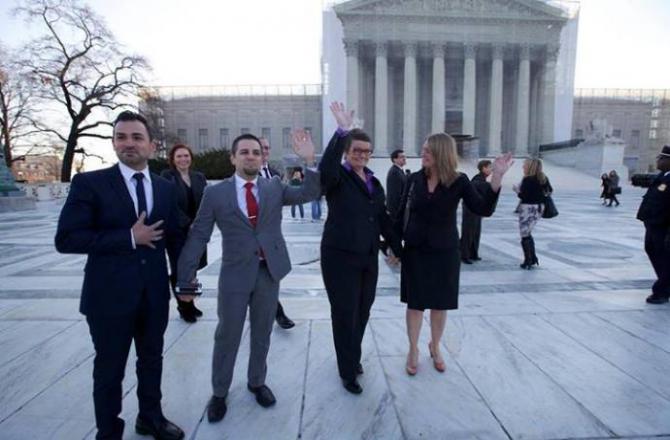 Cotner and White are aware that they’re creating a record of a historic trial that occurred largely behind the closed doors of courts and lawyers’ confab rooms, but they also seem to understand that media about political movements has a dangerous tendency to build up central players into icons, turning flawed and complex people into two-dimensional symbols.  The Case Against 8 keeps the stories of the seminal case’s plaintiffs refreshingly down-to-earth as it follows them over their five-year journey. Much of the film focuses on how the legal team crafted their case not only to convince Supreme Court justices, but also to win over mainstream media and “convince straight, married people that this is right,” as one lawyer sums up. In the court case and in the film, marriage is presented as a value on which all Americans should be able to agree. Ted Olson himself is an infamously conservative lawyer who won the Bush v. Gore case for George W. Bush—signing onto the California Prop 8 case caused many LGBT advocates to note that there’s something lost when we argue for equality from a right-wing perspective. “Marriage is a conservative value,” says Olson, and he’s right.  The film notes that there was opposition to the case, but doesn’t discuss queer criticisms of the nationwide focus on same-sex marriage.

Instead, the film skillfully blends legalese with a humane portrait of the couples who are willing to fight the state for the right to wed. The filmmakers show the lawyers’ careful behind-the-scenes vetting of potential plaintiffs, running extensive background checks and digging into the histories of couples who could become the face of same-sex marriage, to be sure that they chose people who are “safe” and will resonate with mainstream Californians. The couples they choose are indeed safe, endearing, loving folks. Jeff and Paul are upstanding community members who don’t feel it would be right to adopt kids and start a family until they’re legally married—Jeff’s mom, who literally carries holy water in her purse at all times, calls him the best son she could ever have. Meanwhile, Kris and Sandy have a very normal, happy life in Berkeley raising four tall, towheaded sons together. While the film shows how the couples are trained to talk to courtrooms and the ever-present media, the heart of the documentary’s effectiveness lies in how Jeff, Paul, Kris, and Sandy really do feel genuine.  The even-keeled Kris breaks through any well-rehearsed artifice with moments of sincere emotion. “The first day of the trial, we just in the dark, holding hands and thinking, ‘Oh no, oh no,” recalls Kris. “We were worried about what could happen to us as women, as mothers, and as bosses.” Remembering the courtroom questioning, Kris surprises herself by tearing up as she considers the full weight that subtle daily discrimination has placed on her life. “You’ve been living under a blanket of fear,” she says. “Everywhere you turn, people tell you, ‘Tough shit.’ I had done a really good job of coping. Coping, coping, coping. I’m the world’s best coper. What a low bar. What about a bar called happiness? Or pride?”

That line from Kris led me to cry for the first of five times during the film. I wasn’t the only one—the screening of The Case Against 8 at the opening night of the Portland Queer Documentary Film Festival on Thursday, May 15 left many people audibly sniffling with joy. Filmmaker Ryan White said he felt some guilt over that fact that he and Cotner created what wound up as a feel-good film. The pair was working on this documentary during the same time that the tragic documentary How to Survive a Plague, documenting the early years of AIDS activism in New York, was nominated for an Academy Award. “I felt some weird guilt about making a film about something that is not life or death,” said White, at the Portland screening. “I was afraid people would watch this film and think it was about something trivial.” It’s true that the right to be legally married is not life or death, but the film makes the clear point that being able to call yourself “married” is essential to Americans’ pursuit of happiness and essential to establishing LGBT people as truly equal citizens whose lives the government must protect and respect. As QDoc film festival organizer David Weissman noted, it’s exciting to have a documentary about queer Americans that leaves audiences brimming with tears of happiness, for a change; stories with happy endings deserve a place in the queer film canon alongside darker works like How to Survive a Plague and We Were Here.

When the inevitable happy weddings do arrive, the audience certainly feels the pride that Kris desired—pride both in the legal team for their victory and in America for inching toward becoming a more tolerant nation. Whatever your feelings about the necessity of marriage to validate a relationship or the political flaws in pursuing marriage equality through the courts rather than through federal action, it’s impossible not to root for Jeff, Paul, Kris, and Sandy as they finally win the unions and the legal rights they deserve. The film places the couples’ stories in the context of the larger movements for acceptance of LGBT people, showing that over just a few years, the needle of mainstream opinion really has shifted in favor of support. That’s thanks in no small part to the stories documented in this film.

The Case Against 8 screens at various film festivals over the next few months—catch a screening if you can. The Queer Documentary Film Festival runs all this weekend in Portland, Oregon.