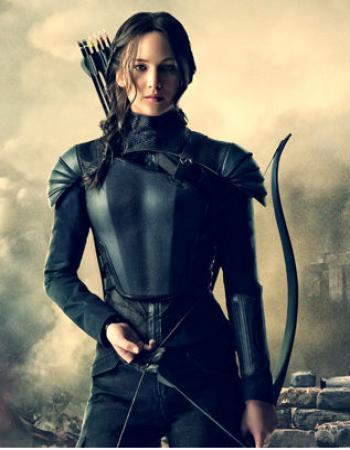 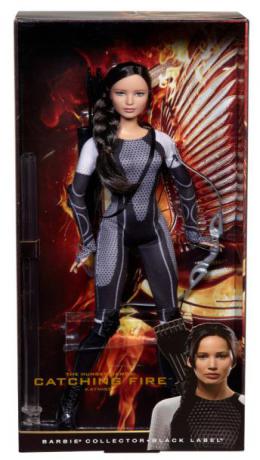 In the new Hunger Games film, Katniss is the kind of rebel who still makes a great Barbie branding opportunity.

I have a soft spot in my heart for Katniss Everdeen. I mean who doesn’t? She’s the cornerstone of her family, she is a total slayer with her bow and arrow, she’s got a sweet braid in her hair, and she’s committed to overthrowing the despotic ruling class. As the hero of the year’s biggest blockbuster, she’s winning the hearts of millions of Americans. Victory is ours!

Katniss Everdeen in-and-of herself appears to encompass the rebel spirit, but the world surrounding her and propelling her story forward is as unflinchingly backwards as always.

I went to see The Hunger Games: Mockingjay Part 1 with a few friends when it hit theaters last month. I was pretty excited to see Mockingjay, but my excitement dissipated quickly even before the film started. Attached to Mockingjay are a slew of offensive trailers.

I guess audiences excited about The Hunger Games are also expected to feel excitement for Night at the Museum 3, which features a bunch of nameless ethnic stereotypes complete with a Native American princess. I guess we’re also supposed to be excited about Perfect Pitch 2, whose trailer shows one character saying “no” to having sex with a guy at a party, but then winking in a suggestive way that undermines her clear lack of consent. And I suppose I should also be cheering for The Interview, the “too controversial to be screened” film about James Franco and Seth Rogen as American talk show hosts who assassinate the leader of North Korea.

Sitting through 20 minutes of trailers for these films before the opening credits of Mockingjay was a stark reminder that The Hunger Games is anything but revolutionary. Hollywood is happy to make money off of whatever is currently hot, and right now thanks to The Hunger Games and other dystopic YA, what’s hot is rebellion. As long as it’s rebellion that doesn’t touch on dicey subjects like race and gender. The Hunger Games has given film companies, makeup companies, and clothing companies a new genre: rebel chic.  Katniss’s anti-consumerist lifestyle and down-with-the-man slogans are just one layer in a sandwich stuffed with stereotypes and bad sex jokes and Seth Rogen. The trailers brought into sharp relief the fact that I paid $10 to cheer on the rebels from a plush theater located inside of a mall, watching a film that was split into two parts for no other reason than for netting a film studio twice as many buckets of money. 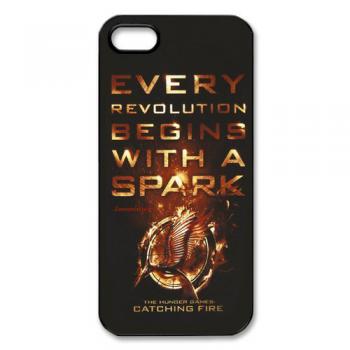 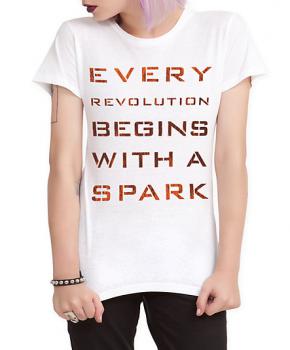 After the trailers wrapped up, I actually got caught up in the first half of Mockingjay—it’s exciting, emotional, it’s a fine movie to escape into for a while. But it is strange to see a fictionalized version of what is actually happening in a very real way today on the streets of our very own cities.

The commodification of movements in exchange for a profit is the oldest trick in the book.  Countless forms and acts of rebellion have been pillaged, anesthetized, and appropriated in order to make money for the very system the movement is meant to undermine. Much like using a song about revolution to sell Nike sneakers, feminism to sell inaccessible fashion, the Hollywood rendition of the Hunger Games trilogy has made a popcorn-friendly story out of class-based rebellion of the lower classes. Extra points because the hero is a woman, so my staunch feminist self can feel pacified long enough to pay for a ticket.

The rest of the particulars in the movie—other characters, story line, etcetera—are, for the most part, not very important. If the whole point is to cheer on the leading rebel fighting against ostentatious displays of wealth then The Hunger Games ultimately serves to pull the wool over our eyes, to make fools of us all. Its our very own tool used against us, and this very moment right now is a great time to not let ourselves get distracted by the commoditized and repackaged versions of our infinite possibilities for freedom. It’s like people who think going to the theater to see The Interview is an act of defiance against tyranny. It’s not—it’s just more entertainment.

After all was said and done, I left the theater after Mockingay feeling something within me ignited. Being part of the Hunger Games fan base has ultimately served as a reminder to me that we have to continue questioning what we accept as progress. Before we sit back and congratulate ourselves on a feminist revolutionary heroine, lets not forget to investigate intention, motive, and authenticity.

Related Reading: How Divergent and The Hunger Games Avoid Race and Gender Violence.

Camila Danger Coddou is a coffee-drinking Aries with an Aquarian moon, a straight talker, a Portland resident, and a lover of all nameplate jewelry. She also really enjoys being the current Editorial Intern for Bitch. 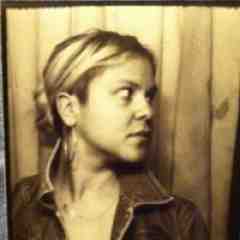 I guess that this story was made by a man... 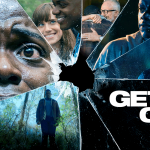 by Bitch HQ
A movie in which white people are the scary thing.