When Rosie O'Donnell was on The Oprah Winfrey Show yesterday, one of the main topic of conversations (and probably reasons for Rosie's appearance in the first place) was the demise of her relationship with Kelli Carpenter. Kelli and Rosie have been one of the most famous lesbian couples of the last decade, as Kelli has been Rosie's partner since she publicly came out in 2002 and they were one of the first to take part in San Francisco's commitment ceremonies in February of 2004. 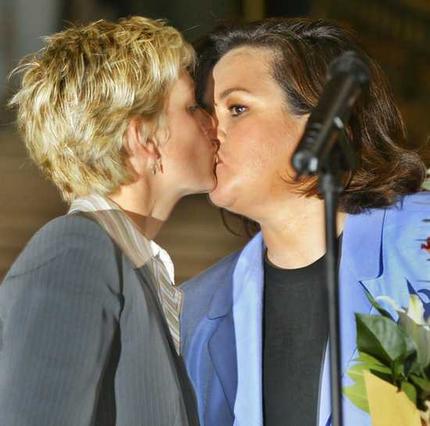 Together, they have six adopted children and maintained what seemed to be a loving family in Florida, where they fought for gay couples' rights to adopt.

Recently, Rosie acknowledged the split on her talk show, Rosie Radio, and then introduced her new girlfriend to the world. She spoke about her new partner with Oprah as well, but it was what she said regarding her break-up with Kelli that really had me wondering how her comments fit with media representations of lesbian relationships. 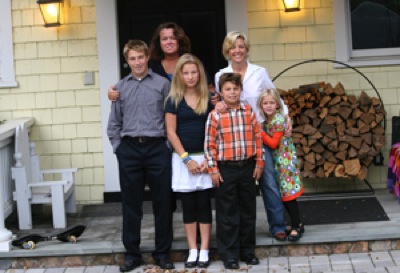 First, she said that the reason she stayed so close to Kelli now is that she's always maintained relationships with exes:

[For] women, usually in relationships, the emotional connection is really the most intense, and so when they break up, I have found they stay connected. Every woman that I have ever been with, besides one, is still in my life.

Not necessarily bad, but a sweeping generalization, I'd say. It is a stereotype that lesbians can all be best friends with their exes, and that they are more intensely involved with each other than a straight couple would be. However, it is not necessarily a negative thing for Oprah viewers to consider: We can be friendly, no matter how emotionally tied we are.

She also commented on feeling pressure form the LGBT community not to break up:

I remember when Melissa [Etheridge] and Julie [Cypher] broke up, I called Melissa and said: "Come on. There's so few." And she said, "Ro, your first goal in life is to be true to yourself, and your children will look at you and know when you're living an authentic life.'"

I'm not naive to the idea that celebrity break-ups resonate within a lot of people — if someone with a "perfect life" can't have it all, how can "the little people"? But I would hope that Melissa, Rosie and any other lesbian or queer woman would make themselves happy first and not worry about how the community will feel. If anything, the split normalizes Rosie — not every lesbian relationship is perfect and forever. For every Ellen and Portia, there is a Rosie and Kelli, and both Rosie and Kelli can (and have, in both cases) moved on already. That's more successful in the eyes of an outside, I'd say. Survival!

We tried very hard to make it work in different configurations and to try to stay together and allow each other to grow and evolve and find joy.

Now their joys are found outside of one another, but shared, still, with the children they'll continue to parent together.

I wanted to show people that gay families are just like every other family, and sometimes, divorce happens. No one ever goes into a marriage expecting or wanting a divorce. 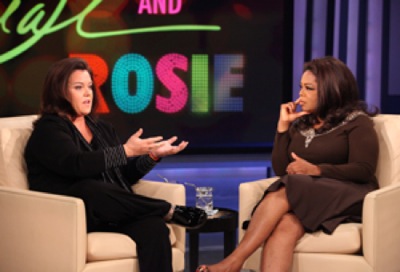 That is true, no matter your sexuality. And although she did say that she was not legally married to Kelli, and that the paradigm of a lesbian relationship is "different than [a] heterosexual" one, I think Rosie did a good job challenging some of the misconceptions that surround high-profile lesbian relationships. And while there are many people who take issue with Oprah herself on many levels, she has always been a friend to the gay woman, Rosie or otherwise.

"But I would hope that Melissa, Rosie and any other lesbian or queer woman would make themselves happy first and not worry about how the community will feel."

I wish. I have felt that pressure. Especially being a queer woman with a dude. Because of course queer or bi women with men are all posers, or so I am told. I often feel like a traitor.

And sadly, I've had similar thoughts about others. Just like any minority, there can be a need to "represent" your group to the mainstream. It made me feel like less of an asshole to hear that I'm not the only one who thinks these things. Getting it out in the open means you have to address it, instead of keeping it a dirty secret.

I am as bored with this celebrity relationship as I am with all of them.

This story, in tandem with the Texas gay <a href="http://www.usatoday.com/news/nation/2009-10-01-texas-gay-divorce_N.htm">... <a href="http://www.dallasnews.com/sharedcontent/dws/news/politics/state/stories/..., shows that while gay marriage is an important civil rights goal, we queers should be acknowledged as whole human beings. Our relationships aren't always fuzzy rainbows of love and happiness. Gay marriage will help us be seen as full citizens, but we are still going to get divorced sometimes.

On a side note, all the jokes made on the pro-gay marriage side about "outlawing divorce" are a little funny, but not really. Women need divorce, men need divorce, and it plays a little too close to conservative hand-wringing over the loss of marriage's integrity to joke about ending the practice.