Sapphic Salon: Lady Sovereign and other celebrities who come out, despite their publicists | Bitch Media

Sapphic Salon: Lady Sovereign and other celebrities who come out, despite their publicists

This week on the UK’s Celebrity Big Brother, MC Lady Sovereign was evicted from the competition. However, she was on the show long enough to finally talk about something fans have been waiting for: Her sexuality. Here’s a clip:

I’ve tried to get interviews with Lady Sovereign a handful of times, and even had a few set up before her publicist said she wasn’t picking up her phone or we’d just have to reschedule. That aside, they always asked me not to discuss her sexuality with her. Full disclosure: I briefly worked at a record label associated with Sov, where it was well known she was into relationships with women. She was also involved with someone I know, and she’s never been one to play down the Sapphic references while on stage — in fact, she quite likes to play them up. 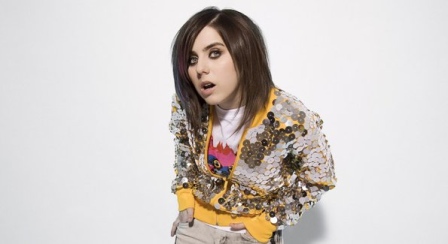 Where Sov’s career at right now is arguable — she was dropped from Def Jam but released her own album, though she cancelled several tour dates in the last year. She may not be the rising star she once was, but a current Bally’s commercial using her song “I Got You Dancing” and the support she received from fans (even outside the UK) while on Celebrity Big Brother would indicate that she’s still one to watch. So will coming out hurt her career? Probably not. Will it help her career? I’m willing to bet it will.

When singer/songwriter Brandi Carlile officially acknowledged that she was gay in the L.A. Times late last year, she said that the paper was the first to “finally have the guts” to ask her about her sexuality. However, her management have been incredibly protective of Brandi’s image and sexuality, and granted only one interview with the gay press after she “came out,” which was with The Advocate. 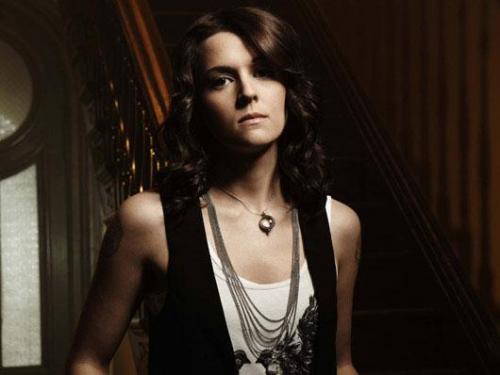 One gay member of a well known rock trio’s publicist told me she didn’t want to talk to me because she “didn’t want to be the poster child for lesbian in bands.” I’m not sure if those were her words or her publicist’s.

I understand that no one wants to be labeled by their sexuality first, the same way that some people have an aversion to their profession being prefaced by their gender, ethnicity or any other defining factor. But the problem is that some of these people aren’t given the opportunity to speak for themselves, and instead communicate through third parties who are more likely to profit off keeping their clients in the closet.

Congratulations to Lady Sovereign for finally being open about her sexuality, and not caring that there were cameras around to capture it.

I'm happy to see this. Lady Sov is fascinating, and so cute! I always wondered.

Finally! I always thought she was, finally she comes out and puts my mind to rest. I am SOOOO happy for her! Love lady Sov :D

not only are there still plenty of fans around for her but also many new ones since her CBB appearance,
here's hoping she finds happiness in her career and her personal life.

I watched this on You Tube and thoroughly enjoyed everyone in the house this year. Lady Sov was lovely and very entertaining, esp pinching that key on eviction night. Naughty girl!

I almost hate myself for wasting time commenting on her.
There are much more important things to consider than a low talent, obnoxious brat. She's just a kid who can't cope in an adult's world.
And nicky, london - wise up, it's Sov who is totally fake.
That said - why don't we all just get a life and stop wasting our time on her?