Sapphic Salon: Sex and Misogyny in the Publishing World

There's a great piece in this Sunday's New York Times Book Review by Katie Roiphe regarding the inclusion of sex in novels by American male writers over time. Roiphe argues that it's a generational difference, as writers like John Updike and Philip Roth would be very explicit and close to raunchy in their fictitious encounters, while newer authors like Dave Eggers shy away from racy jaunts and, instead, focus on relationships. 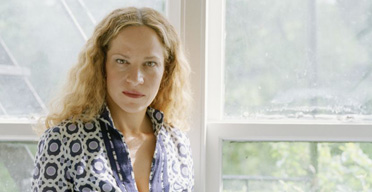 But what interested me the most about this piece was the note Up Front from Roiphe, who said that while male writers are writing less openly about sex, women and gay writers are much more open to experimenting with it now, and how the feminist revolution is largely to thank for some of the change.

Focusing on queer female writers, I would say that this is extremely apparent within the 2000s, stemming from Michelle Tea's narrative memoir Valencia, in stories from Miranda July in No One Belongs Here More Than You, graphic novels from Cristy Road and even stories from straight female writers in queer-based stories from mainstream authors like Mary Gaitskill. Previously, the depictions of lesbian sex in books was relegated to very small lesbian-owned press novels and specific works of lesbian erotica. Now we have our own voices going dictating stories on a more accessible level to counter the otherwise offensive scenes written by men like Philip Roth, whose current best seller, The Humbling, includes lewd sex scenes between a lesbian and an older man she becomes intimate with. (This novel, by the way, is being adapted into a film already, with the rights purchased by Al Pacino.) 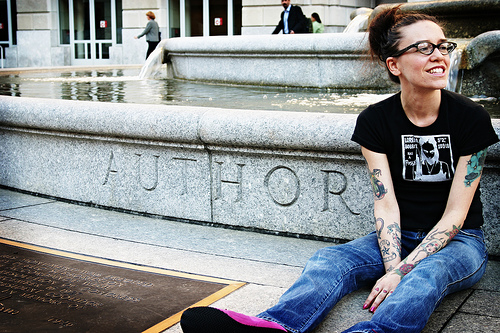 Roiphe argues that men like Dave Eggers and his counterparts are almost "too cool" to write about sex — that their ideas of intimacy between their main male and female characters are much more in tune with one another outside of the bedroom. If this is feminism at work, then I'm glad to see that the misogynistic ideas of sex (see: The Humbling) are not imperative in modern fiction.

But what I'm really happy to see is the well-written lesbian experience being tackled from women who have the know-how, and that we aren't afraid to detail our sexual lives for fear of being "too gay" or "too explicit" for print. Here's to hoping 2010 will make the double standard disappear completely.

Just one question: what's offensive and misogynist about that particular sex scene in "The Humbling?" I haven't read it and don't plan to, so it'd be nice if you'd elaborate.

I'm kind of distressed to see praise of Roiphe in a feminist blog without some clarification that she's generally not one to be admired. Her rape-victims-are-stupid-liars shtick (which is, by the way, how she became famous) makes her, in my opinion, one of the major antifeminists on the scene today. I'm surprised she's paying lip service, however oblique, to feminism, when she wrote an entire book about how awful it is that feminists have gone and taught young women to -- horrors! -- not blame themselves for their victimization.
"If one out of four women I knew had been raped, I'd know about it!" GOD, could she be more ignorant or offensive? I understand that you're commending one compelling piece by her and not her entire body of work, but I find the feature without backstory really problematic.

That it is all.

I agree. I think that the piece that the blog author is discussing is even anti-feminist! It seems to be saying "oh hey, men, stop being wimpy and go back to writing about women thrashing below you, because at least that's powerful?" Not exactly the most feminist message of the day.

I'm addressing the idea that women and gay writers are more open to writing about sex. Katie Roiphe's piece was just the jumping off point and I explained what she wrote as a point of reference.

You do call her piece "great" though, so it sounds like an endorsement of her ideas in the piece.

"male writers are writing less openly about sex, women and gay writers are much more open to experimenting with it"
Here are the authors who've won the Literary Review's Bad Sex in Fiction Award. Only 2/16 are women. John Updike got a 'lifetime achievement award' last year.
And frankly speaking the best sex lit I read is always written by women.
I can always tell when a man writes it too, because the female character never feels....right. 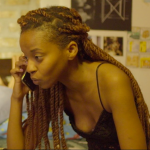