If you're a famous face, the easiest way to get a scandal going is to get someone to say you're a lesbian. It doesn't even have to be true, no proof is needed — as long as you're willing to respond negatively about the situation and make being a lesbian sound like the worst thing ever. 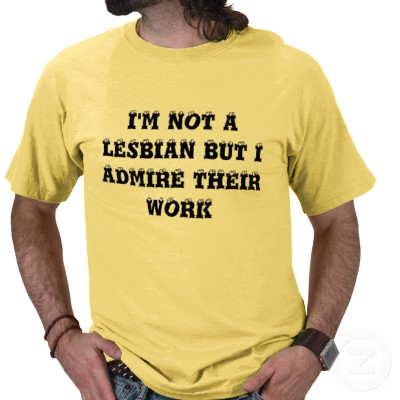 The latest "lesbians" include Tiger Woods' mistresses, who are not only into threesomes (so therefore lesbians by association with alleged bed sharing), but are also possibly pregnant.

The press isn't questioning women on their sexuality and maternal statuses because they are genuinely interested — they want a scandalous quote they can manipulate.

Over the years, "the lesbian rumor" has been started about successful women like Hilary Clinton, Kelly Clarkson and Oprah, all whom have been forced to make statements that they are not. Did anyone seriously think they were? Maybe — but I can bet most people who reported on it or believed it in general didn't think twice about if it were actually true, just that there could be a possibility until it was denied and their straightness was defended.

Even Lindsay Lohan, who is bisexual, would like you to know she is "NOT A LESBIAN." 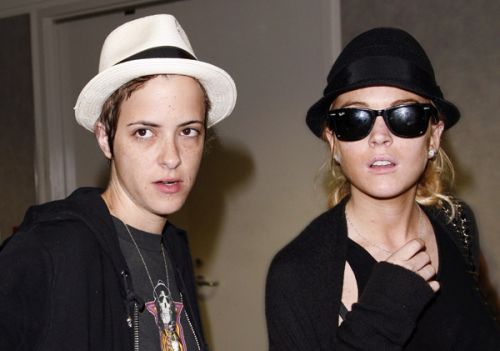 The "girl crush" and lesbian question seem to correlate in today's tabloids. For some reason, a popular question for well-known women tests the limits of their sexuality. (This rarely happens with men, unless it's for a gay publication.) The stories then turn into misleading headlines and a virtual "coming out" for straight people, but in the worst way possible. The quotes and headlines are not "I'm straight," but instead "I'm NOT a lesbian." It carries a negative connotation, and only harms those of us who did not ask.

So what can we do about a word that means something positive in the queer community, that gets turned into an insult in the vein of "that's so gay"? They're certainly not hiring Hilary Duff to do any PSAs about that. Considering we can't control how celebrities react to questions from the press, or how they get paraphrased in the papers, all we can do is try to eliminate the stereotype and negativity surrounding "being a lesbian" (in untrue cases) within our own lives. After all, we have the best gaydar around — let's put it to work and help out those who might think they see a lesbian, but are definitely wrong.

And something that always works: Encourage the ones you do know to come out, and be proud. Then there shouldn't be any questions.

I feel what you're saying, but to be honest those of us within the bi/polysexual community have long-endured our sexuality being defined by others, solely based on our partner's sex. It's really insulting.

I adore women and dated them exclusively for the majority of my adult life. During that time I was defined as a lesbian by those around me. In an effort to help others understand that things aren't so black and white, I constantly had to explain that I am attracted to people across the gender spectrum. Still, the label stuck.

It seems that people refuse to believe that one can be attracted to people of all genders and sexes. Even within the queer community there is little visibility or respect offered to anyone who isn't perfectly homosexual. Being polysexual, it seems, is some sort of threat.

Ultimately, I ended up falling in love with a femme male. Since that time I've (yet again) had to explain that I am attracted to people across the gender spectrum and that being in a committed partnership doesn't change those attractions. I am not magically straight now that I am in love with someone who possesses a penis.

It's not that being of any sexual orientation is a negative thing, the problem is that our society views sexual orientation in a very binary way. You're either gay or you're straight. Those of us who fall somewhere in between just end up getting slapped with one label or another based on the sex of our partner(s).

It'd be nice to see people actually respect the way others define their sexuality.

What an outrageous idea, that making being a lesbian sound like the worst thing ever would help create a scandal. While it's true that people's sexuality may be of interest to viewers, exposing oneself as a bigot would be the only scandalous part. Being a lesbian isn't scandalous at all. Derogatory meaning my butt. Try saying something like that to Wanda Sykes. Margaret Cho would have a field day with that one. So would Sara Benincasa or Marga Gomez or Ellen.