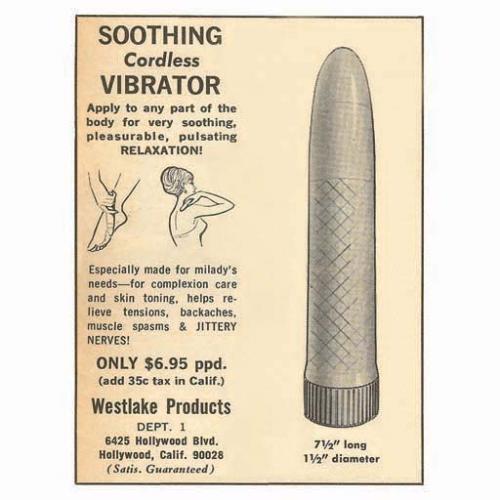 IT's illegal to buy any vibrators here in Bama and a good majority of the deep south, yeah, I'm pissed and have been since I found out the judge who passed the bill I went to HS with his daughter. next time I go up North I know what my souveneir is...

Weird... There are seemingly thriving sex shops all over my area of SC. Is it one of those latent laws from the past that everyone in their right mind ignores? For example, I know oral sex is also officially on the books as being illegal in South Cackalacky. <i>Breakin' the law, breakin' the law!</i>

We've got a couple adult stores very close to where I live, and they've got plenty of toys -- of all types, sizes, flavors, etc.

Though I don't know, maybe it was recent and they've since taken them off the shelves?...

At least, that used to be the law. I'm pretty sure Texas overturned it a few years ago and now you can buy whatever you want.

Yeah, I was wondering how they worded that question (to men) as well.

Thanks for this wonderful article! Makes my day!

I will look up the actual article later, I'm curious to know whether they had any deeper findings that weren't reported on or whether the study was mostly descriptive in nature. If they didn't control for other factors than, while interesting, I don't think it really tells us that much.

Either way, it's good to see more serious research being done on women's sexuality and how it relates to their health and well-being!