The Golden Globes are airing tonight, something I remembered only because I ran across an interview where Ricky Gervais professed not to care too much about his hosting gig. Truth be told, I am avoiding the awards this year: this was the year Katey Sagal got jobbed.

Permit me a brief digression into the strange and wondrous career of Katey Sagal. She created one iconic TV role in Peg Bundy on Married With Children, playing Peg a cross between Medea and Miss Piggy. And then, she created another on the strength of her voice alone as Futurama 's Turanga Leela. The one-eyed siren gave the show its heart and backbone, and it was all thanks to Sagal's effortless ability to slide between tough and tender with the barest wobble in a syllable.

And then, Sagal did it again as Gemma Teller Morrow on Sons of Anarchy. It could have gone so wrong: Sons of Anarchy is a show that is, by and large, about men who struggle to maintain a code of masculinity that is inherently unstable, and increasingly irrelevant in the 21st century. And while Gemma was introduced as the biker-gang equivalent of Gertrude to the show's Hamlet-protagonist Jax, SoA has since sped away from that inspiration.

Gemma, however, is the undisputed queen of all she surveys. Like a queen, she is cognizant that her reign depends on keeping the little people happy -- and in their place -- and she's got a distinct agenda that she does not hesitate to have everyone else make their own. She is both a mother figure and the mother of all nightmares, turning from nurturer to menace in the course of a conversation.

SPOILER ALERT! If you haven't seen SoA, skip the next two paragraphs!

In the season that just ended, Gemma suffers a brutal assault at the hands of men who reason -- in a way that is not unfamiliar to anyone who's ever read Greek mythology or the story of Dinah in Genesis -- that Gemma's menfolk will react to their woman's defilement with mindless retaliation. Gemma knows this, so she keeps her rape secret, until she decides it's time to deploy it in the service of getting what she wants -- an end to the rift between her husband and son. And in the course of her secret recovery, she struggles with the concepts of faith, a divine power, and the real meaning of life. She also makes an uneasy peace with her son's old lady, played by the also-bringing-her-A-game Maggie Siff, and gets framed for the murder she didn't commit by the sort-of-embarrassing-for-everyone-to-watch Ally Walker.

Sagal played the entire arc brilliantly, managing to transmit both what Gemma thought of herself and what she was really going through. And in doing so, she managed to effectively change the focus of the show. Although women are supposed to be ancillary to the goings-on of an outlaw biker club, Sagal's work yanked the women into the primary focus. The guys are really just along for the ride in season two.

Yet Sagal is not one of the Golden Globe nominees for "Best Performance by an Actress In A Television Series." In looking at the list, I can see where Glenn Close (playing a lawyer), Julianna Margulies (playing a lawyer) and Kyra Sedgwick (playing a cop) are all obvious and attractive candidates.

It's fun and easy to give the nod to a TV lady lawyer and say, "We love powerful women!" But try giving the nod to a character whose understanding of power is far more intimate and primal. Katey Sagal deserved that nod. And when you're watching the red carpet coverage tonight, raise a glass in her honor.

SoA was hands-down my favourite show this ear, in no small part thanks to Sagal and Siff and the characters the played. IMO, the show was superior to Mad Men this season.

She's cold, weird and just not....nice. and i waited on her multiple times. she's just mean. sad but true.

Relevant: What Happened to the Women of Twin Peaks? 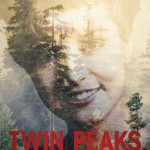