Rejoicing for the Return of Community, NBC's Subversive Feminist Sitcom Community finally returns this Thursday for its fourth season, and I, for one, could not be more excited.  While Community has been off the air since last season’s finale in May, fans’ grumblings over changing premiere dates and show times has attracted some serious backlash. What’s the big deal with this show, anyway? Folks complained that Community is too weird, too meta, too full of Chevy Chase’s sour, unlikable antics (Chase, incidentally, left the show mid-season).

Community’s detractors and skeptics take issue with the show’s heavy reliance on parody (each episode is loosely organized around a well-known film or genre—Thursday’s episode is rumored to borrow from The Hunger Games), sometimes-obscure verbal and visual pop culture references, and constant potshots aimed at the show’s shabby fourth wall. But Community’s weirdness and fondness for self-reference are precisely what set it apart from other sitcoms’ bland, recycled jokes and story lines. Its penchant for parody does more than plant Easter Eggs for film geeks. All of these tactics put Community in a position to be, well… feminist.

Of course, Community, like any sitcom, has done its share of cringe-worthy storylines. But where other shows use dominant culture—and all its sexist, racist, ageist, ableist logic—as the common comedic denominator, that thing we can all bond over and laugh about (“Isn’t it funny how men are lazy!” “Isn’t it funny how old people can’t remember!”), Community substitutes television itself as the common ground on which to base its jokes.

Community reminds us that the images and stereotypes on which TV relies are ridiculous, and finds its humor in such images’ absurd departures from lived reality.

Remember the episode of 30 Rock where a feminist blogging site writes a piece called “Why Does TGS Hate Women?” so Liz Lemon hires a female comedian as a writer—who turns out to be a pigtail-wearing, lollypop eating, sexy-schoolgirl nightmare? The punchline of that episode, of course, was not the ridiculousness of the sexy-schoolgirl figure— the simultaneous infantalization and sexualization of women—but rather Liz Lemon’s overzealous feminism: it turns out that the comedian was in hiding from an abusive ex-boyfriend, so… joke’s on Liz!

Community’s imagining of that joke draws on the season-long sexual tension building between Annie, a just-out-of-high-school ex-Valedictorian (the delightful Alison Brie) and Jeff, a sarcastic thirty-something disbarred lawyer (The Soup’s Joel McHale). This romance, of course, makes sitcom-sense: both Annie and Jeff are single, attractive adults. While characters often address the real-life borderline-creepiness of the pairing, it usually just adds some only slightly uncomfortable tension to the overall will they/won’t they arc.

Though ostensibly Annie’s character fits perfectly into the “sexy schoolgirl” stereotype, the show never lets the viewer feel totally at ease with it. In the season three Glee parody episode, “Regional Holiday Music,” Annie takes both parts of the “sexy schoolgirl” figure to their logical extremes—and the result is hilariously uncomfortable. She dances around Jeff in a revealing Santa-inspired dress, baby-talking through the number “Teach Me How to Understand Christmas.” As her dance becomes more sexual (she bites her fingers, wraps Jeff in a feather boa, and sits on his lap), her speech and the lyrics become proportionately more infantile—culminating with Jeff’s head at precisely breast-level, and Annie singing the final phrase: “Boopy doopy, doopy, doop, sex!”

While we viewers may have expected a rare moment of satisfaction in the Annie-Jeff storyline, or at least a humid encounter to keep the tension alive, we are instead robbed of any vicarious titillation, and made to feel embarrassed for kind of wanting it. We’re treated to a reminder of just how absurd the sexy schoolgirl stereotype really is. Instead of using the trope to suck us into a romantic plotline, or staging an explicit feminist critique (which would inevitably either come across as preachy or self-destruct, à la Liz Lemon), Community chooses to make fun of itself—and its viewers—for buying into the trope in the first place.

This is how Community’s “meta-ness” flips conventional sitcom humor on its head. Where women were once the butt of the joke, now the butt is sexism.

Community manages to take decades of televisual stereotyping to task, and, on top of that, to make it funny.

The show doesn’t get everything right. Some jokes and storylines rest lazily on tired, oppressive tropes. Case in point: the episode “Football, Feminism, and You” features a storyline whose conflict is that Britta’s feminist commentary ruins the fun of going to the women’s restroom together. In “Aerodynamics of Gender,” Abed teaches the girls a valuable lesson about kindness when they engage in a body-focused insult battle with a clique from their Women’s Studies class.  Thoughts on Dean Pelton could overflow an entire, far less laudatory post. But it is unique among sitcoms in that it recognizes and challenges its own problems—often dragging the whole genre along with it. Community cites these television stereotypes often with the explicit purpose of turning them on their heads, and revealing them for what they are: absurd. And, at least in the world of Community, funny as hell. 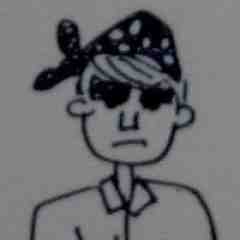 I'm a fan of Community too, at least most of it, but I'd never think to call it feminist or subversive. I remember when I first started watching it I found it funny and problematic in roughly equal measures.

Britta's feminism and activism is the constant butt of jokes as hollow, shallow, annoying, done for appearances. The only attempt at a gay character is the Dean, who basically amounts to the "joke" "Look! I'm gay!". To be honest it's a while since I've watched so I can't remember details, just a general sense of uncomfortableness with some of it, punctuated by laughter. All the meta stuff is innovative in form, but I think it's too big a jump to go from there to saying it makes it also subversive in content.

You are totally right about the scene with Annie dancing though. Ah, and I've just rereading your post and see you mention the dean too.

I really like Community and am just about to watch the premiere of season 4, but I disagree that it's particularly feminist. It's self-aware, yeah, which is better than so many shows out there, but it's more into hipster "-isms" than actual critically engaging with said "-isms".

On top of the problematic Dean Pelton, Britta, and Annie stuff, the portrayal of Chang makes me sad. He's hilarious in the first season as this crass, Asian stereotype ass-kicking Spanish teacher, but from Season 2-on he's seems more "crazy" Asian clown, which is all types of ableist and maybe a bit racist.

Please support that theory with some examples. As a feminist, I identified with Britta in the beginning but she morphed in to a windbag pseudo activist, not unlike the backlash feminists deal with in real life. But it was the hook up between Jeff and Annie and their seemingly 20 year age difference that made it the most difficult for me. Jeff seducing a teenager should have been a plot point to highlight his vapidness/narcissism/desperation but instead they tried to twist it to a love story....