Can “Orange Is the New Black” Change the Way Congress Thinks About Prisons? 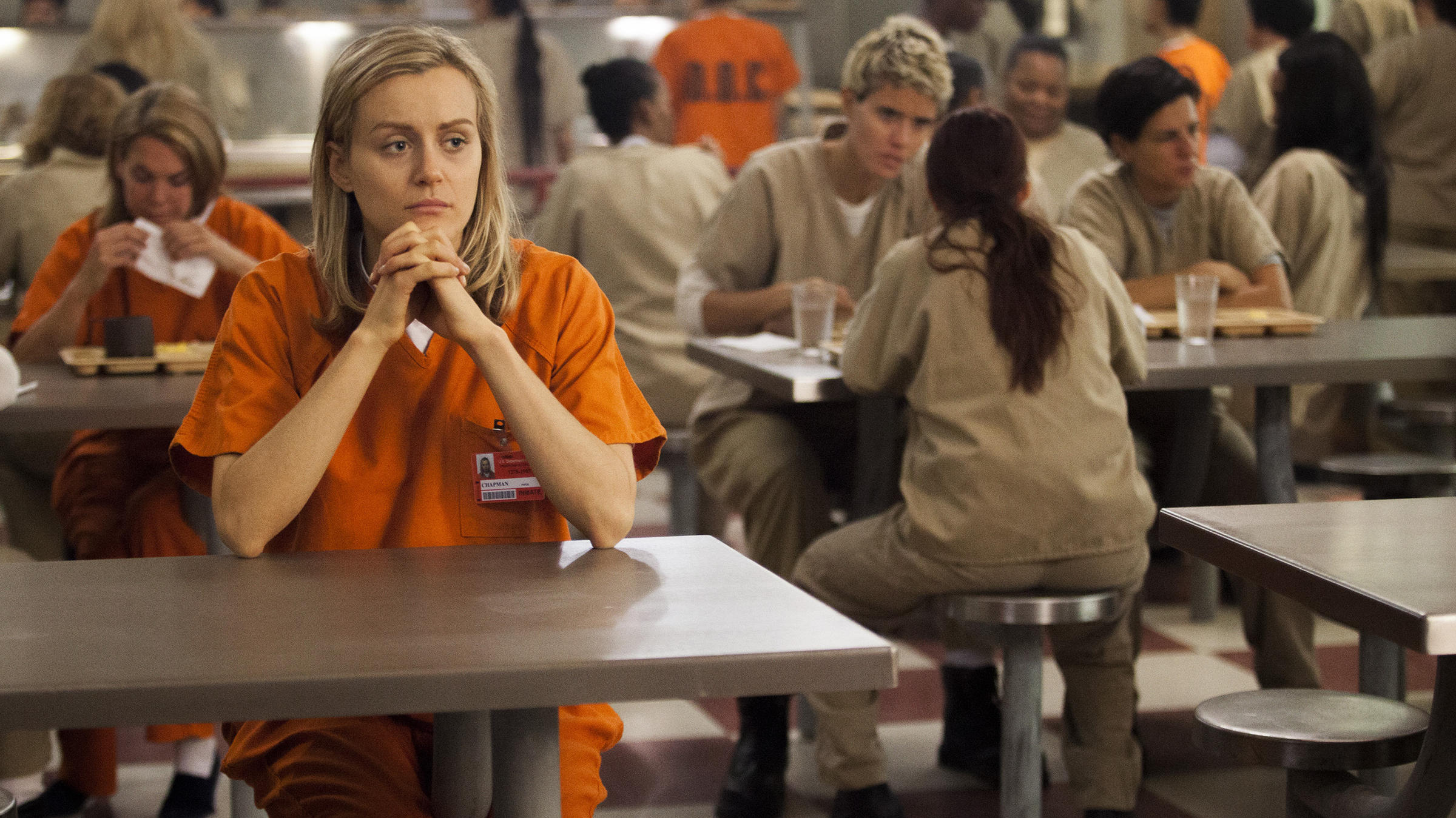 When it burst onto the small screen last summer, Orange is the New Black quickly catapulted women’s incarceration into pop culture consciousness, becoming most-watched of Netflix’s series of 2013. While media has been buzzing about the all-at-once release of Season 2 this Friday—speculating on plot development and characters—the real-life Piper Kerman has also been busy. Kerman, who was incarcerated for 13 months in Connecticut before writing the memoir that inspired the Netflix series, could have just basked in the show’s popularity. Instead, she’s been using her fame and media interest to bring attention to real issues facing incarcerated women.

Even before Orange is the New Black debuted, Kerman joined the board of the Women’s Prison Association, a 100-year-old advocacy and service provider organization for women caught in the New York legal system. Since the show’s debut, Kerman has been speaking at college campuses, community centers, and social-justice organizations around the country about women’s prison issues. Her fame has also put her in a position to bring women’s prison issues before policymakers. On February 25, 2014, Kerman testified at the Senate Judiciary Subcommittee hearings on solitary confinement in Washington, D.C. Unlike her fictional character, Kerman was never placed in solitary confinement. But she testified about the many women incarcerated alongside her who had:

“While I was in prison, I saw many women sent to the SHU for minor infractions such as moving around a housing unit during a count, refusing an order from a correctional officer, and possession of low-level contraband like small amounts of cash (which is largely useless in prison) or having women’s underwear from the outside rather than prison-issued underwear. All of these infractions drew at least 30 days in solitary. Sometimes women are sent to the SHU immediately upon their arrival in prison because there aren’t any open beds.”

Kerman read excerpts of the testimony of Jeanne DiMola, who spent one year in solitary confinement to illustrate its effects:

“When you have no one to talk to inside a grey, dingy cell with its blacked out window, you start talking to yourself, then you think your inner self at least deserves an answer, so I began answering myself. I asked myself what if I got swallowed into this black hole in my cell and just disappeared. I asked myself if it would be better off for my family if this thorn in their side went away for them so they can truly forget me. The best way I can describe being in this small box when life is going on without you is you are dead and the cell is your coffin. Everything goes on without and around you. But you stay the same…stagnant.”

As her testimony makes clear, these are hard issues to talk about. Most politicians would rather ignore the reality of the problems with the prison system than address them head-on and risk being seen as “soft on crime.” Orange is the New Black—and Kerman’s determined attempt to link the peoples’ interest in the fictional story to real women’s suffering—has helped get Americans talking about prison in a way few pieces of pop culture have. It’s also a way to get people talking about women in the prison system rather than focusing the conversations around men. It’s also a sad truth that politicians and Americans in general are more likely to listen to a celebrity telling them about prison conditions than someone who didn’t become famous after being incarcerated.

To her credit, Kerman (unlike some other celebrities who have experienced short stints behind bars) has been using her platform to advocate for change. In her testimony, Kerman brought up the mental health effects of placing women in solitary confinement (while noting that 75 percent of women in prison are diagnosed with mental illness). She also talked about the use of solitary confinement to both punish women who reported sexual abuse by prison staff and dissuade others from coming forward:

“I have a vivid memory from early in my prison sentence: a woman who had done a lot of time shared a cautionary tale. She told me about a friend of hers who had gone home not long before. Her friend had been sexually abused by a correctional officer, and the abuse was discovered. She told me: “They had her in the SHU for months during the investigation. They shot her full of psych drugs—she blew up like a balloon. When they finally let her out, she was a zombie. It took a long time for her to get back to herself. They do not play here.”

With the exception of the episode in which the fictional Piper spent half a day in the SHU, none of these realities are mentioned in season one of Orange is the New Black. And, while Kerman’s testimony is not news to anyone who has either spent time in women’s prisons or worked with people in women’s prisons, these experiences are usually ignored in the (male-focused) discussions about solitary confinement. The first Senate hearings about solitary confinement did not take place until 2012—and then they only briefly acknowledged the fact that women are placed in solitary confinement. In those hearings, no one testified specifically about women’s experiences. Had Kerman’s memoir not turned into a popular Netflix series, she would not have been invited to testify at this hearing and the issue of women in solitary confinement would have been ignored. Again.

Kerman has also used her newfound fame and popularity to support groups that work with and fight for incarcerated women. A few days before the Senate hearing, she used her star power to draw attention to the efforts of the California Coalition for Women Prisoners and Justice Now, two California advocacy groups that work with people in California’s women’s prisons. The California Coalition for Women Prisoners began in 1995 after incarcerated women filed a class-action lawsuit Shumate v. Wilson, challenging the prison system’s inadequate and sometimes life-threatening lack of healthcare. It advocates on behalf of domestic violence survivors who are incarcerated for defending themselves, works with Latina immigrant women, trans and gender nonconforming prisoners to build bridges between immigrant rights and prisoner rights, conducts prison visits, and does political education and organizing.

Meanwhile, Justice Now works with California women prisoners to fight for access to healthcare, compassionate release, parental rights, sentencing mitigation and placement in community-based programs. For years, Justice Now also worked with currently and formerly incarcerated women to expose the mass sterilization occurring in California’s Valley State Prison for Women. These are all issues that should be on the radar of people who watch Orange is the New Black. Though the show’s first season didn’t address—or even acknowledge—many of the topics that are central to these two groups’ efforts, on one Sunday in February, over 250 people packed the room to hear from a panel consisting of Piper Kerman and other formerly incarcerated women who continue to fight on behalf of women and trans people who are still behind bars.

Watching Orange is the New Black isn’t going to revolutionize the prison system. But the show has done something important: it’s gotten people talking about a topic they’d usually rather avoid. Given that the real-life Piper Kerman has been leveraging her superstardom to raise awareness about prison issues—and inserting women into prison conversations that might otherwise only be about men—we have to wonder: what impact will season two have on our nation’s discussion of prison?

Raising public awareness about the need for prison reform in the United States is such important work. The fact that Ms. Kerman is using her experience and her words to advocate for those who are still incarcerated is wonderful, and I hope the impact she is able to make is far-reaching.

Thank you for this Vicky. I admit to watching the show with some guilt. I say this because I think about the context of how many issues raised in the show and raised by Kerman off screen. These, sadly, are not new issues. They are issues that have been raised for years by those both inside and outside. Are these issues more palatable now because they are being championed through the mouth/lens of a white woman? Does it matter?

I don't have any clear answers for these questions. I appreciate some of the nuance the show brings not just to prison issues but other issues of policing, race, gender, police violence, sexuality and so many more. But I also worry. Worry about what does it mean when the work of so many people of color who historically have had to deal with these issue inside and out hasn't been heard for so many years and now in the context of the show/book is getting lifted up.

Anyway, Thank you Vicky for always bringing these issues to light.

I think that a large part of the appeal of Piper Kerman's story is that she *is* a white woman from a middle-class background who went to a good college and somehow just got caught in the system for a non-violent, non-serious drug offense. If she were a woman of color, her memoir would have been less likely to have been picked up for a series. If she had been incarcerated for assault or murder, her story most likely would not have made it onto the screen either. At least not in this format.

Yes, it is troubling that policymakers--reflecting a large portion of public opinion--finds women's prison issues more palatable, if not pressing, when these issues are championed by a white woman who is not scary. Does it matter? Yes, it does. At the same time, I wouldn't want these issues *not* to be brought up at all. I think we need to keep pushing to say, "Okay, Piper Kerman is using her platform to open people's minds to hearing about women's prison issues. Now how do we keep that conversation going and make sure that the work being done by so many others gets included?"

Thank you for bringing this important point up. 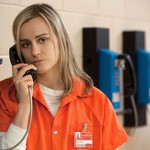 by Victoria Law
“OITNB” successfully creates a cast of characters that viewers grow to care about, pushing past the usual indifference that people have about prison issues.