Confession time: I love me a good low budget fantasy series.  If it's on a second rate cable network, and it features magic, medieval times, and roaming adventures, I'm in.  I lived for Xena: Warrior Princess and all its chakram throwing, ululating battle crying, lesbian subtext possessing glory.

Later, I started watching Hercules - hell, I even gave Sinbad a try.  But for the past few years, it appeared that the glory days of historic revisionism were over.

One day, out of the side of my eye, I noticed a familiar scene playing on my friend's tv.  Two women, clad in white robes on horseback, were in the process of summoning a spell to open a magical barrier in a lush, Lord of The Rings looking world.

And that's how Legend of the Seeker caught me, hook, line, and sinker.

Thanks to the wonders of Netflix, I've taken my time leisurely catching up on the first season and preparing to devour the second.  However, as the series has gone on, I've noticed an obnoxious trend with the female lead character, Kahlan.  From the beginning, it was clear that Kahlan was not to be trifled with.  Outside of her confessor powers (which can force people to tell the truth, or enslave them), she's quite handy with knives and isn't afraid to get down and dirty in a fight.  Impractical white-robe-and-heaving-bosom-bodice aside, she started out as a pretty good representation of a heroine.

The tough, no nonsense Kahlan came as a stark relief to the generic blandsome, goofy Richard.  The Seeker himself (as is typical in the modern incarnations of epic heroes) is good, kind, and sure.  His aw-shucks demeanor and boyish grin are ever present in the series - but Richard lacks any negative qualities to balance out his goodness.  Without Oedipus style hubris, and lacking the rage and vulnerability of Achilles, Richard is just a lovable cardboard cut out on an adventure.

Sadly, Kahlan is also going the way of the two dimensional heroine.  After a promising first three episodes, her character began to fall in love with Richard, despite his total lack of personality.   While she still doesn't need saving (as she angrily remarks after Richard plunges a sword through a man she was attempting to turn), Kahlan has lost the acrid edge that made her so amusing, and become a hybrid of action star and damsel in distress.  From crying soft tears over star-crossed love life, spending her waking moments obsessing over Richard, and generally playing second fiddle to a sloppy first. (Oh, and obviously, they just had to find a way to get Kahlan into that outfit.)

As I get closer to Season Two, I am still holding out hope for some kind of resurgence of independent spirit in Kahlan. Though, with the news of HBO's production of George R.R. Martin's A Song of Fire and Ice series

I'm an editor at @Racialicious and the Deputy Editor for Digital Innovation for @ESPN 's #TheUndefeated.

This series is based on the Sword of Truth books by Terry Goodkind. I used to enjoy them (I actually started reading them in middle school), but they fell flat for me as I got older and started actually looking for the messages contained within.

You're correct with your worries about where Khalan is going. Though she does maintain some ass-kicking abilities, her overriding goal in the series becomes a marriage with Richard and the production of lots of babies. In the book series, this is displayed as her "dream life," the one that she and Richard constantly fantasize about together. Additionally, she isn't a character who completely holds her own. In fact, there are several situations later on where she requires rescuing. It's a pretty heteronormative text, and the story makes the HORRENDOUS stereotypical association between homosexuality and pedophilia by making the ONLY non-straight character in the story a man who kidnaps and rapes young boys.

The later books also have certain scenes that show pro-life leanings. And for what it's worth, there's times in that series where I felt like I was reading "red-scare" literature.

Read the series (all eleven million books of it). The first few books are the best. After that it's...well, yea the "red scare" literature comment hits the nail on the head. Even if I agreed with the premise I'd be annoyed because the author goes on and on and on and on and in each book the same lecture gets longer.

The good/bad premise is very cut and dry and the bad guys are rather horrifically evil. The series is clearly written by a straight male and though he tries...he fails to understand his other characters any more fully. There is one scene in particular where he handles something major with a hand wave. It was totally unbelievable.

Later on in the series there are some pretty badass lesbian mord sith...

Not that I think all of Goodkind's women are well portrayed. EVERYONE is described as so fucking beautiful. And I feel like there are some creepy pro-life undertones.

Still, I think the books were entertaining and way better than the show.

Though it's not TV, if you're willing to read your fantasy instead of watch it, I'm very partial to Tamora Pierce's Song of the Lioness, it's written for young adults, but it's still pretty rad. Also, Jim Butcher's Codex Alera series, though it primarily follows the adventures of a underdog male hero with a secret past etc. etc. has a lot of awesome lady supporting characters, who while they do some falling in love and getting married, are just as likely to be fighting battles and participating in political intrigue as popping out babies, and do as much rescuing as getting rescued.

Having not actually seen the TV series of the Dresden files, but having read all of the books up to date as well as the Codex Alera fantasy series, it does seem Butcher likes his women fiesty and in variety. His protagonists are male, but their loves are all strong minded women who can and usually do, take or leave their lovers as they will.
Also has no problem showing mothers as still being able to be sexy kick arse women, who aren't afraid to take the fight to the bad guys to rescue their family. 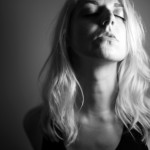