This story was originally published on March 31, 2015.

Twenty years ago today, Selena Quintanilla-Pérez was killed by her fan club president at the age of 23. While Billboard marks this day as one in which “Latin music lost a legend,” the reality is that all of music lost a legend on that day, period.

Known as La Reina de Tejano (the Queen of Tejano), Selena is an iconic artist who rose to fame after breaking through huge barriers in music and culture. Texas-born Selena and her siblings banded together during childhood to make music under the moniker of Selena y Los Dinos (Selena and the Dudes). The Mexican-American trio simultaneously learned how to play their instruments while learning how to speak Spanish. Playing gig after gig for years, in 1984 the band finally celebrated the release of their first self-titled, full-length album.  Two short years later, Selena began her decade-long habit of winning the Female Vocalist of the Year award at the Tejano Music Awards.

A singer, designer, spokesperson, and actress, Selena remains one of the most important musicians of all time and has paved the way for artists—both female and male—after her. While it may be tempting to compare her success to white counterparts like Madonna, the reality is that her success is nothing short of remarkable and stands to be celebrated on its own.  At the time of Selena’s rise, Tejano music was overwhelmingly a boy’s club. As the band demanded to be heard, they not only carved out space for themselves in the world of Tejano music, but also set the stage for female musicians, particularly Latinas, to come after then. While Selena’s honors and accolades undoubtedly abound, it was her 1994 Grammy Award for Selena Live! that was exceptionally pivotal.  The award was the first to ever be given to a Tejano artist and catapulted the genre into the mainstream. With expertly produced, genre-blending sound and empowering lyrics, Selena y Los Dinos fused together cumbia, R&B, pop, and disco to head up a new direction for Latin music as a whole. In case you’re still in doubt about her impact, there is already an entire Wikipedia article dedicated to a list of artists she influenced. 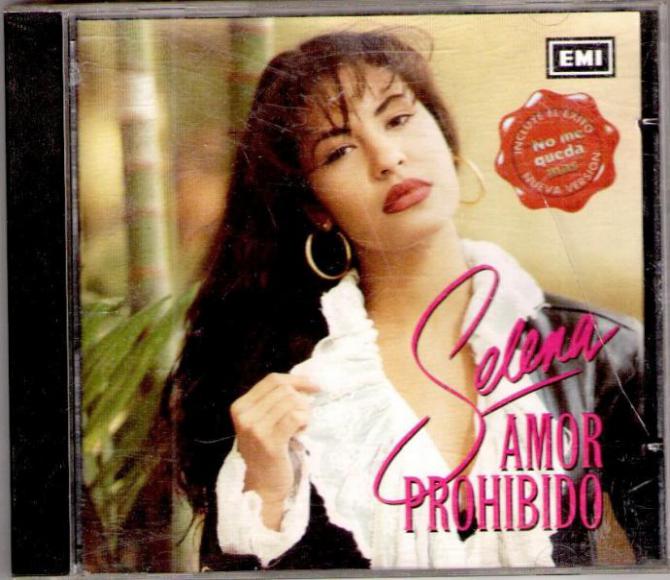 Two weeks after accepting her Grammy, Selena’s album Amor Prohibido was released and quickly ranked as one of the most successful Latin albums in the US. Later that month, the band finally began recording the English-language crossover album that Selena had always dreamed. In the year that led up to Selena’s untimely death, it was crystal clear that the star could go in only one direction: up. In February 1995, Selena y Los Dinos continued to break records as they performed at a sold-out show to more than 65,000 fans at the Houston Astrodome. It was Selena’s final televised concert. On March 31, 1995, the world said goodbye to La Reina.

“Tragic” can only begin to describe the emotions and heartache that flooded the world after news of Selena’s murder broke. The news dominated publications from the U.S. as well as in Mexico and covered the front of the New York Times for two days. People put Selena on the cover twice and sold out the magazine twice—which led People executives to launch People en Español. In what can be seen as one of George W. Bush’s only sound decisions, the Texas governor named April 12th as Selena Day in Texas—that what would have been Selena’s 24th birthday.

The Selena memorial in Corpus Christi, Texas. Photo by Chico512.

Four months later, Dreaming of You was released posthumously and broke record for most copies sold by a female artist on the day of release. Perhaps even more impressive, it became the first ever album by a Latin American artist to debut at number one on the U.S. Billboard 200. In a sweet echoing of fate, Jennifer Lopez starred as the idol in the 1997 biopic Selena and has since credited her role in the film as her inspiration for pursuing a singing career. Interestingly, Lopez remains the only other Latina to have ever topped the Billboard 200.

It goes without saying that Selena’s early death was painful and her loss people feel for her still stings. While two decades have passed since Selena’s death, her legacy is strong and her artistry remains as relevant as ever. From the 2012 chart-topping remix album Enamorado de Ti, to the upcoming Fiesta de la Flor festival that will honor Selena with accessible prices and a killer line up in Corpus Christi, to the Change.org petition that I even signed demanding MAC cosmetics to release some us Selena-inspired lipstick, it is clear that Selena’s cult following is trending up.

From a personal level, there is no other celebrity whose cultural experience can more closely mirror my own. Her music and legacy has shaped my own identity as a Mexican American and the admittedly sugary screenwriting of her biopic, Selena, helped me verbalize my own struggles of being bicultural. While there will never be another Selena, I am hopeful to see how other Latinas will embrace their talent and trail blaze paths of their own. I’ll be honoring La Reina today by eating pizza with hot sauce in my bustier and doing the washing machine to “Bidi Bidi Bom Bom.” How about you?

Gracias for this lovely article on Selena. I lived in Mexico from 1996-1997, and her music was everywhere at that time. Listening to her music brings back sweet memories of my time in Mexico, my friends there, and the beautiful hospitality I received as a foreigner, far from home. She was an inspiration - to touch so many lives in such a short time.

by Bitch HQ
Here's what we're listening to from coast to coast.