This past week, sports-wise, we had a bit of a truth crisis.

We had Manny Ramirez’s 50-game suspension for testing positive for a banned substance—about which he had previously lied. We had the release of a book on Alex Rodriguez—who also previously lied about his steroid use. The book was written by a woman who, while not a liar, plays dangerous games with what’s true. We also had the revelation that Dirk Nowitzki, a likeable and sympathetic NBA star, had been the victim of a long con. His girlfriend is not who she said she was. She took his heart, and was about to take his money before he finally sniffed out the grift and had her arrested. Two days later, to cap off this week of vagueness, Dirk suffered another loss, a playoff victory ripped away by an official’s sketchy call.

Or was it that sketchy? With all this doping and duping, it’s been tough to find the truth.

During the past several days, the hard and fast rules that make sports so quantifiable—and thus so soothing in trying times—spilled sloppily over their boundaries like a cancerous mole. Usually, cheating is cheating. Usually, X is a foul, Y is not. Usually, the out-of-bounds lines are clearly marked. But this past week the configurations that delineate boundaries became as jumbled and confused as a pile of pick-up sticks. So where do you find the truth in that mess?

Case in point: Selena Roberts, the author of A-rod: the Many Lives of Alex Rodriguez. An established, well respected sports writer, Roberts once held court in the New York Times’ stellar sports section and is now a senior writer for Sports Illustrated. Roberts has long been known as an exceptional reporter, her controversial and often misrepresented take on the Duke lacrosse case notwithstanding. She’s the one who broke the story, first reported several months ago, that Rodriguez had tested positive, forcing him to come clean (so to speak).

But in the murky world of steroids and baseball egos, proof is hard to come by. Roberts seems to have encountered this problem during her book research, and that problem seems in turn to have changed what’s true.

Let me explain. Before A-rod was published, the truth that generally had been accepted was this:

1) Alex Rodriguez used steroids while playing for the Texas Rangers, from 2001-2003.

3) Alex Rodriguez’s blatant disregard for the rules and the advantage he gained by using banned substances constitute cheating. Therefore, his records and achievements should be erased, or at least have an asterisk by them.

4) Alex Rodriguez is a douchebag.

Then Roberts’ book came out, full of…iffy truths. The book wants so badly to fulfill its destiny as a bombshell, but no one quoted in it wanted to go on record, so the incendiary statements about Rodriguez lack punch. They fizzle and die. A lot of A-Rod’s sentences begin with the phrase “According to unnamed sources…” and a lot of the sentences end with some version of the sentiment, “Rodriguez used steroids,” “Rodriguez cheated,” or “Rodriguez was a big jerk.” Filled as it is with anonymous sources, gossip, and speculation, A-rod is a jumble of blurred lines. The truths are all in-between. That is, we all agree Rodriguez is a douche and a cheater. Those are things we know. Roberts’ failure is that she tries to convince us of something we already know, and the flawed way she does it only obfuscates the clarity we once felt. So all of a sudden, maybe we don’t know—the facts are the same, and yet now they’re different.

As soon as the book came out, for instance, sentiment about Rodriguez morphed from bitter disgust to something resembling sympathy, something like:

1) Oh, sure, maybe he he’s been on steroids, but I’m sick of hearing about it.

2) After all, he’s still really talented.

3) And the poor guy—this crazy bitch has been gunning for him for quite awhile, and now she’s written this smear job of a book.

This is the same guy we all hated before. It’s not like Roberts dug up a bunch of information exonerating him—basically, the gist of her work is something like, All signs about Rodriguez point to the fact that he is even worse than we thought; I just can’t completely, totally prove it. Unable to prove its case, her book has done the unthinkable: It has garnered sympathy for the most hated man in baseball. The book has changed the truth.

So, what gives? How is that possible? Well, part of the answer—part of it—has to do with the fact that Roberts is a woman. More on that in Selena Roberts, Part III, coming soon.

As a woman, Selena Roberts gender means nothing to me. If anything, she has been afforded the old boys club of the media who has defended her integrity with no reason for it in the facts in this book or in the Duke Lacrosse case.

Colleagues like Murray Chass at the Times infer that sloppy journalism is customary for Roberts and a journalist from Canada has technically accused her of plagiarizing an exclusive interview of his and barely mentioning his involvement.

Roberts needs to wear the big girl pants for her sloppy effort if for no other reason than that she agreed to let anonymous sources hide behind her skirt.

I hadn't heard that about the Canadian journalist--can you send me a url if you know where it might be found? I'd love to read that.

Your point about the old boys media club is interesting too. I hadn't thought of her that way.

I agree, though, that the A-rod book effort was sloppy. What I'm curious about--and what I'll be writing about next time--is the Duke case. Over and over I've seen people claiming Roberts "lied" about the accused lacrosse players. I have re-read Roberts' columns about that case, and I don't see her saying anything untrue. All she says is (I'm paraphrasing of course), "Hey, these particular guys may not have raped her, but something awful happened, and the culture that produced this entire situation, with its white male privilege, is really gross and should be changed."

I guess I just don't get why criticizing the Duke atmosphere--in which all sorts of racism, sexism, and classism definitely took place, if not a rape--means Roberts "lied."

But yeah, the A-Rod book! I mean, why even publish it? I guess for money.

Journalism is not some sort of altruistic messenger of facts. Journalists' motive is money, even for those who passionately love writing and "preaching". Printed words should be taken with a large bag of salt even when from non-profit sources -- how much more so when the source is hoping you'll be intrigued sufficiently to shell out yer cash for her/his words? 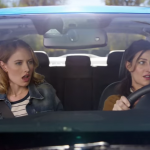