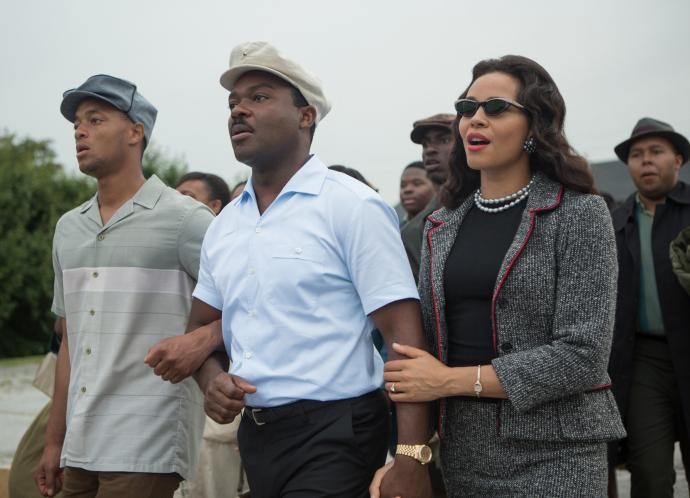 Historical dramas often stick to a tried-and-true formula: Important figures face struggles, then they triumph, becoming the great people we know today. We can usually count on a scene from their conflicted childhood, scenes showing their romantic troubles, any issues with drugs or alcohol, and how they persevered through it all to deliver whatever divine message or artistic gift they possessed.

Ava DuVernay’s new Martin Luther King Jr. biopic, Selma, avoids this formula—much to its benefit. It is one of the most effective, well-crafted historical biopics that I’ve ever seen because it goes off the traditional narrative about the Civil Rights Movement, giving us a moment in history that feels immediately familiar to the moment we are currently living in.

Selma captures the tireless efforts of Martin Luther King Jr. and a group of Black activists attempting to secure equal voting rights for Black people. These efforts led to the passage of the 1965 Voting Rights Act, signed into law by President Lyndon B. Johnson. The film takes its name from the series of marches that King and his followers embarked on at the Edmund Pettus Bridge in Selma, Alabama. One of those marches was infamously known as “Bloody Sunday,” after police and deputized locals descended on the protesters with nightsticks and tear gas.  DuVernay and Director of Photography Bradford Young capture that march in all its terror in a scene where young and elderly marchers are clubbed and chased by angry police on horses. Selma certainly doesn’t cast the history of the Civil Rights Movement in feel-good soft focus. 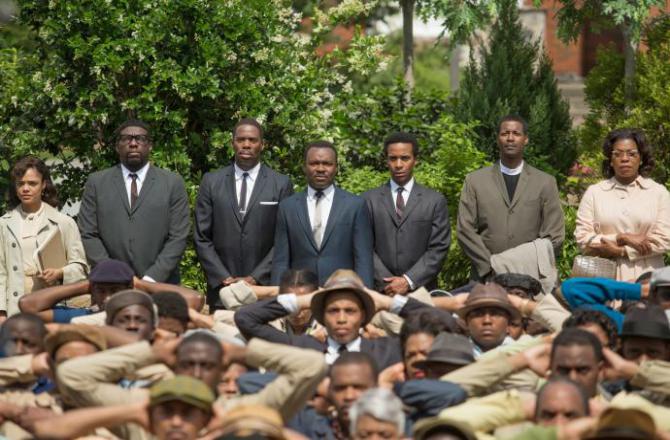 Scene from a March in Selma, Alabama in Selma (Photo credit: Pathé)

In a recent interview I conducted with DuVernay, she discussed the way she approached the humanity of Dr. Martin Luther King Jr, including his suspected infidelity. She was most interested in how this information affected his wife, Coretta Scott King, and how Martin Luther King would respond in the moment when questioned by Coretta. This emphasis on the intimacy in their relationship, rather than the scandal that the FBI sought to publicize, is something that informs the core of the film.

DuVernay is not interested in showing us montages of the unfaithful hero, his mistress, and the scorned wife, as was done in Mandela: Long Walk to Freedom. She is interested in the complex spaces of love and pain between two people. Coretta Scott King, played with an uncanny resemblance by Carmen Ejogo, takes on a central role in this film, not only as a wife and mother, but as a key player in the movement as she faces daily death threats made against her and her family. The attention and specificity paid to her character and her relationship to King is another gift that DuVernay brings to this film.

Further, there are so many ways this film could’ve become an extension of the Hallmark image that we see of Martin Luther King Jr., one that replays the same “I Have a Dream Speech” and tells us that nonviolence is the only way. While those elements are important, they are often overemphasized at the expense of the other work he did.

That is where Selma fills in the blanks. In this film, we get to know a methodical, intelligent, human Martin Luther King Jr; a man who just wanted to sit down at the end of the day and smoke a cigarette, or call Mahalia Jackson in the middle of the night to hear her sing a soothing gospel song. In the film, he invokes nonviolence but also cleverly provokes outward hatred in his opponents, helping people around the world witness this physical racism in the media. His tactics were risky, his negotiations with the likes of LBJ were grueling, and he was often put in positions of extreme discomfort, along with the many people he worked with. 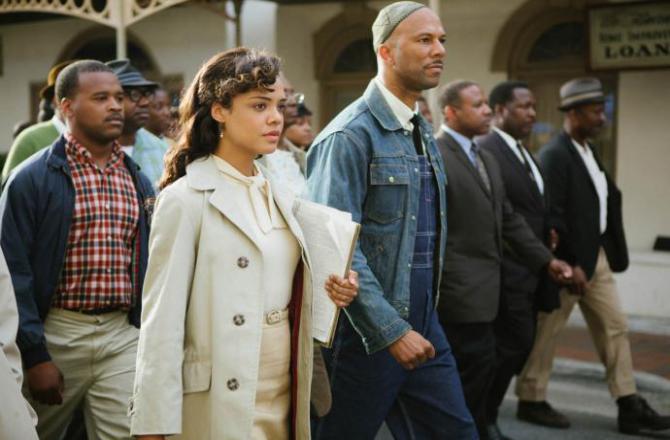 This is not a film about a man and his followers, but about how a man’s work is informed by the respect he has for the people he works with—and even those he doesn’t. It reflects the movement by emphasizing distinct traits in each of the civil rights leaders it documents, from the youthful resistance of Jimmie Lee Jackson (played powerfully by Keith Stanfield), to the gentle persistence of Malcolm X (Nigel Thatch), who appeals to Coretta Scott King in a beautifully rendered scene. That scene and others completely reverse the rhetoric we’ve been fed about who these people were. The warring ideals between Malcolm and Martin aren’t the focus of this narrative, but rather how Malcolm X may have actually intentionally pushed many Black people to follow Martin Luther King Jr., helping to strengthen the movement after all. Again, DuVernay utilized Coretta Scott King in a way that shows her role in the movement beyond being a supportive wife. She serves as a sort of peacemaker here.

In so many ways, this film reflects the current moment, while also highlighting how things have and have not changed since the King family and their allies risked their lives to secure rights for all. Scenes in the film will jolt you into the present: watching Jimmie Lee Jackson’s mother grieve in 1965 for the son she will never see again made me immediately think of the family of Tamir Rice, the young Black boy who was murdered by police officers this year for toting a toy gun in Ohio. Selma is now. It lets us into the interior spaces of pain, progress, and movement that no formulaic historical drama could ever capture.

I've been hearing about this movie but reading this review I really must see it.