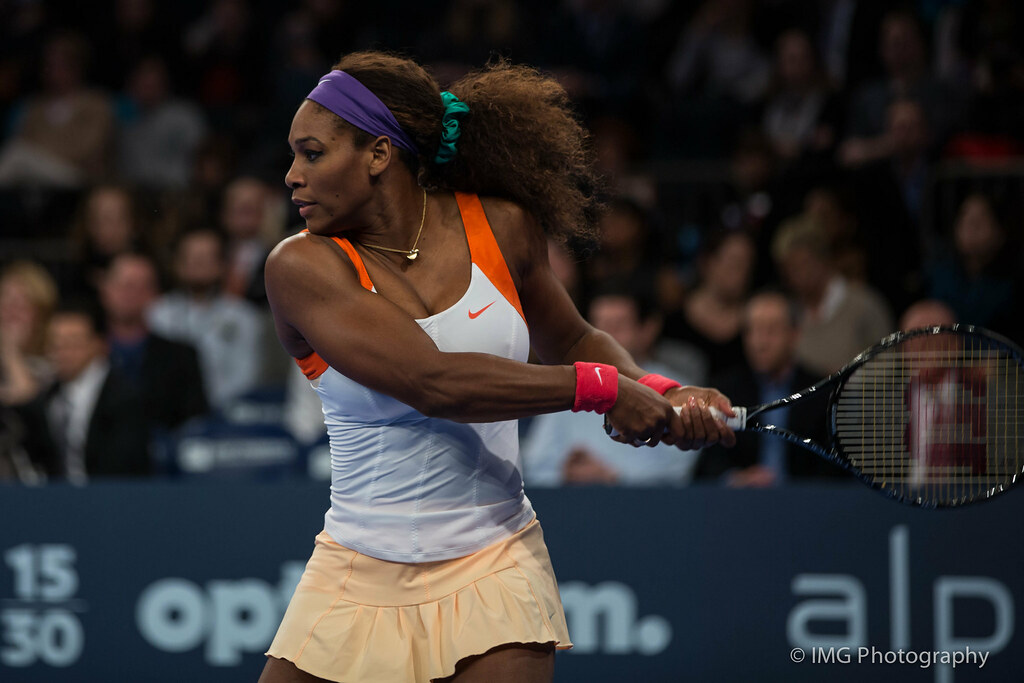 The past year saw numerous displays of political protest in professional athletics. NBA stars wore shirts emblazed with “I Can’t Breathe” during warm-ups,  players for the St. Louis Rams made the sign for “Hands Up, Don’t Shoot” on national TV, and before team owner Donald Sterling was ousted for his racist remarks, the Los Angeles Clippers turned their warm-up shirts inside out to “rebel” against him.

After each of these displays of protest, the teams continued to play their regularly-scheduled games and collect their hefty paychecks.

These incidents are in stark contrast to the stance of Serena and Venus Williams who, for the past 14 years, had refused to compete in the Indian Wells tennis tournament. In 2001, the crowd at the southern California tournament lobbed racial insults at Serena and her dad, Richard Williams, after her sister dropped out of a match against her due to an injury.  This month, taking a page from the Frank Sinatra “My Way” song book, Serena revealed that she’ll return to the tournament this season.

“Indian Wells holds a special place in my heart,” Williams announced in Time. “It’s where I won my first professional match, but it’s also where I lost a piece of myself. For a long time, I just couldn’t imagine revisiting one of the darkest moments of my career.” By boycotting Indian Wells, Williams made a powerful statement to the overwhelmingly white world of tennis. She also took a financial hit herself: skipping the tournament cost her an estimated at least $1 million in prize money every year. Boycotting the tournament also hurt their professional rankings, since the Indian Wells tournament is one of four required competitions for the World Tennis Association players.

Williams could have engaged in some kind of protest that didn’t take her out of the games, like the NFL and NBA players did this year. But instead, she felt the hurt was too deep to continue to allow Indian Wells to profit off selling tickets to watch the top female tennis player on the planet. The boycott put the racism of tennis culture in the media spotlight every year, as tennis-watchers wondered whether the sisters would ever return. 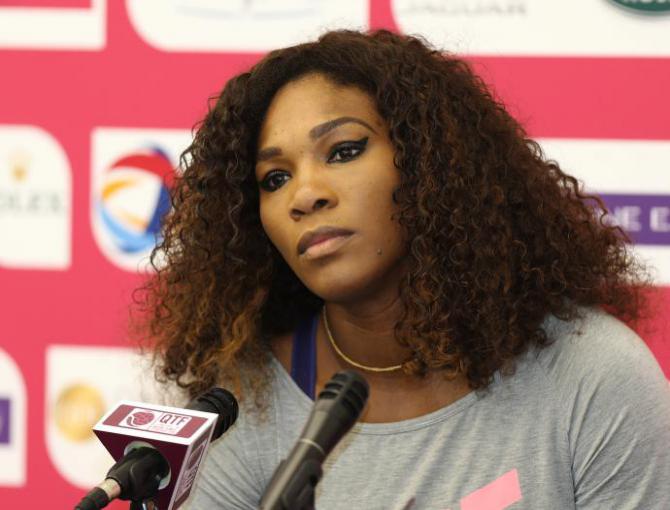 “The false allegations that our matches were fixed hurt, cut and ripped into us deeply,” Williams wrote this month. “The undercurrent of racism was painful, confusing and unfair. In a game I loved with all my heart, at one of my most cherished tournaments, I suddenly felt unwelcome, alone and afraid.” Indian Wells officials said that Serena (who today clocks a 129 mph serve) has been sorely missed at the event and that they’re grateful for her return.

In the shining light of Serena, I’ve been reminded of another prominent Black athlete who had an opportunity to stand up for justice, but bailed. I’m talking Tiger Woods. In 2003, Augusta National, home of the storied Masters golf tournament, was in a heated debate about the men-only membership policy at the club.  A few years earlier, Woods had become the first Black golfer to win the Masters. Drawn into the gender fracas, Woods tempered his displeasure with Augusta’s discriminatory code by noting that the club had a right to set its own rules and “there is nothing you can do about it.”

With that, the then most influential golfer in the country choked on his chance to become an unshakeable advocate for women at the Augusta National. I’m sure that the good ole boys in Georgia would have changed their tune had Woods boycotted the tournament. Instead, Woods teed up as usual (and lost).  Augusta finally came around and admitted two (!) women in 2012. As for his much ballyhooed quest to best Jack Nicklaus’ record of 18 major golf wins, Woods has stalled at 14. With her recent victory at the Australian Open, Serena has secured 19 majors. Just sayin’…

In her deft, dignified, and sublimely self-loving response to the events at Indian Wells Serena joins Muhammad Ali and Arthur Ashe as sports figures whose social conscience casts a special glow on their athletic success.  Both Ali (who was stripped of his heavyweight title after refusing to serve in the Vietnam War) and Ashe (the first, and only, Black male to win the Wimbledon singles crown protested apartheid in South Africa and the mistreatment of Haitian refugees in the U.S) put their finances and careers on the line to stand up for justice.  “I know I could never forgive myself if I elected to live without human purpose,” said Ashe, who died from AIDS-related complications in 1993. Sadly, the tennis pioneer hailed as an “ambassador of what was right,” never lived to witness the triumphs of Venus and Serena Williams.

Tennis champion Arthur Ashe, who also said, “Start where you are. Use what you have. Do what you can.”

Elaborating on her decision to again brandish her racquet at Indian Wells, Williams says that she feels like tennis culture has changed since the day audience members hurled racial epithets at her in 2001. When she called out a Russian tennis official for making racist and sexist comments last year, the World Tennis Association condemned the official and fined him $25,000. Williams writes that she has also changed, crediting a “spirit of forgiveness” that makes her want to  “write a different ending” for the nasty incident at Indian Wells.

As for Venus, the seven-time Grand Slam singles champion has been plagued by illness in recent years and has not revealed if she’ll join Serena and compete at Indian Wells. Nonetheless, her impact on the sport is unequivocal. In addition to her achievements on the court, Venus played a critical role in securing pay equity for women in tennis.  Continuing a campaign first initiated by tennis legend Billie Jean King in the late 1960s, her efforts are detailed in the riveting 2013 television documentary, Venus Vs.

Directed by filmmaker Ava DuVernay, Venus Vs. offers a behind-the-scenes look at the pressure Venus exacted on Wimbledon executives to offer equal prize money to men and women champions. Stonewalled, she wrote an Op-Ed piece that appeared in The Times of London and turned the tide.

“I feel so strongly that Wimbledon’s stance devalues the principles of meritocracy and diminishes the years of hard work that women have put into becoming professional tennis players,” Venus ventured in the widely read 2006 commentary. “It’s a shame that the name of the greatest tournament in tennis, an event that should be a positive symbol for the sport, is tarnished.” In 2007, Wimbledon changed its policy.

That same year, Venus won her fourth Wimbledon title. The first woman ever to do so, she pocketed the same prize ($1.4 million) as the men’s champion, Roger Federer. Whatever the outcome at Indian Wells, the Williams sisters have aced their tenure in the game.

Super article. Serena and Venus Williams are incredible, but I had no idea they were boycotting Indian Wells. My respect has doubled; their lack of participation is possibly why I had never heard of that competition in the first place.