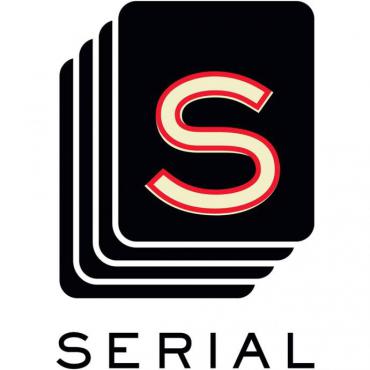 Together with many millions of listeners, I followed along intently as radio producer Sarah Koenig crafted a story around the investigation of Hae Min Lee’s murder and the conviction of Adnan Syed on the hit podcast Serial, which just released the last episode of its first season yesterday.

Each week, listeners parsed each new, small piece of information that Koenig chose to share, as if we were her trusty sidekick on the verge of either exonerating or solidifying Syed’s conviction.  While I found this premise intriguing, what really drew me in from the first episode was that Koenig was telling a story about children of immigrants. Serial revolves around the stories of third-culture kids who must navigate the sometimes fragile terrain between their parents’ native cultures and the reality of growing up in a place that is their home but not homeland.

While immigrant communities differ widely in countries of origin and customs, there’s no denying that there are some basic commonalities in their experiences. The idea of the third-culture kid is a child who is raised in between two cultures, and essentially forming a hybrid identity for oneself.

When I listened to the first episodes of Serial and heard about how Lee, who was Korean American, and Syed, who is Pakistani American, fulfilled their roles as dutiful high school students while at the same time breaking rules—big-deal rules like dating, having sex, and smoking weed—I was hooked. In our pop culture, there are so few contemporary stories about immigrant kids of color and their experiences that I continued to listen to it despite it being—and honestly, in part because it was—ostensibly an investigative story about how one of these people may have murdered the other. They were portrayed in a way that didn’t simply applaud them for being hard-working, smart students. In one episode, Koenig referenced Saad, Adnan’s friend, who said, “If Adnan is guilty of anything, it’s of being a normal kid with immigrant parents.” Even when stories about immigrant kids do make it into our media, it’s typically with less complexity than the way Serial portrays Syed’s life.

“To Be Suspected,” the ninth episode, was the most haunting with a glance  into Lee’s mother’s grief. In this only instance where we hear from Lee’s family, Lee’s mother addressed the court through a translator and said in part, “As long as I live, my daughter is buried in my heart.” A mother’s pain and heartbreak is immeasurable regardless of one’s citizenship status, but as a child of immigrants, I couldn’t help but think of what Lee’s mother wanted for her daughter. How she raised Hae in this foreign country, not speaking the language, and perhaps thinking that growing up in America will afford Hae opportunities that she may not have had in their native country. How Lee’s mother’s heartbreak and mourning may have also been wrapped in deep sacrifice, fear in an unknown place, and isolation. Koenig never reported that Lee’s mother felt these things, I merely projected them because it is so seldom that I hear stories about immigrant kids of color that I immersed myself into this narrative.

Syed mentioned that as he listened to Lee’s mother speak at the trial for her daughter’s death, he knew that his own mother would also face the same devastation should he be incarcerated. As much as Serial is an investigation into the case, it also examines how the criminal justice system works—and how it doesn’t work for some people.

Criticisms of Serial have focused on how Koenig is a white reporter crafting this story to be consumed by a largely white audience: that the show has lacked  cultural competence, oversimplified immigrant communities, and that Koenig herself is an interloper. These critiques are not unfounded—you can hear Koenig try to make sense of how insular Syed’s Pakistani Muslim community could possibly be and she sounded incredulous when Syed’s mother claimed anti-Muslim sentiments as a large factor in his conviction. There was, at times, a color-blindness in her reporting—supported, in part, by radio being a medium where there are no visuals—which allowed her listeners to follow and engage in the story without constantly being reminded that of the role that race may have played in how the case unfolded. But for some of us who followed Serial because it was about teenagers of color, we always remembered.

While the last episode didn’t conclusively tell us about Syed’s innocence or guilt, I’m still left satisfied because it felt remarkable that we were told his story at all. It’s just unfortunate that it had to be under these circumstances of a real-life case with one person dead and another in prison. If anything, Serial showed us that mainstream audiences would be interested in a story with compelling characters of color who didn’t live neatly within stereotypes, but was this because of the somewhat voyeuristic nature of the true crime narrative? Would audiences still be receptive when the stakes weren’t so high, and it was a work of fiction on primetime TV?