With the release of the last Harry Potter film and the fierce, intense competition to be the first to register for Pottermore, the epic series has been an omnipresent part of the cultural milieu this summer. As I made my way through Tumblr posts during the run up to the release of the first Pottermore clue, I noticed a trend in the content attributed to and depicting the three male leads—Rupert Grint, Tom Felton, and Daniel Radcliffe—and the running joke that they might secretly be gay for one another. This idea isn’t original to them, of course. The male leads of any science fiction or fantasy epic will be paired off in the minds of their fandom. For example, TBS ran a spot a few years ago advertising an airing of Lord of the Rings, with the spot focusing on the relationship between Frodo and Sam and “Secret Lovers” by Atlantic Starr as the background track. The narrative has been queered so severely that not admitting the likelihood of a Sam/Frodo pairing makes a person seem a little bit naïve.

Recently Rupert Grint showed up to the premiere of James Franco’s “Rise of the Planet of the Apes” wearing a white t-shirt that read “I Heart Tom Felton.” Tom Felton has been the cast member that’s been the most willing to make jokes about him and the other two being in love; he plays a relatively minor character in the films and as he fights for more roles he needs a fanbase for that. And it is working, 100%. The ratio of Tom Felton appearances in the films to Tom Felton appearances on Harry Potter fan sites is skewed, heavily. Being an actor who interacts with your fandom, especially one who teases them that the slash narrative might be the real one, creates devoted fans. A large part of the appeal of the BBC’s Sherlock is the way the show itself strongly suggests that the Holmes/Watson pairing (“Hotson”) is canon. Even Misfits found a way to throw a bone to their fandom—in one episode, Robert Sheehan’s Nathan gets a mysterious tattoo that makes him full-tilt, head-over-heels in love with Iwan Rheon’s Simon, which allows the show to give the two characters a steamy proposition and a kiss, but keep both characters heterosexual in the larger scheme of things.

It might seem like I’m looking for something to complain about, but I really am not. I think actors choosing to acknowledge the slash community is somewhat funny and occasionally hot. And I think their choosing to interact with narratives that other people have constructed about their sex lives with a certain degree of humor is very mature. But it also highlights how much of the cultural bandwidth Straight Men playing or imitating Gay Men is starting to take up, and how lucrative being ambiguously heteroflexible can be in securing more of the fandom’s attention, giving another segment of your audience a reason to see a film or series and bring their own queer sensibilities to it. Partly this is an act of collaborative storytelling that acknowledges how underrepresented gender and sexual minorities are as main characters in Science Fiction/Fantasy. But it also begs the question: Why can’t we have legitimate queer couplings? Why must we always manufacture them ourselves and hope for crumbs from the actors and producers?

Torchwood, produced by BBC America would be my cautious recommendation here. Though, your points are tremendously valid. Sexual/gender minorities are in a situation similar to racial/ethnic minorities (yes, I know you can be a member of both groups simultaneously) in that independent publishing and production is a viable opportunity for meaningful, inclusive, storytelling. No need to wait for crumbs. Bake your own bread. Hegemony be damned.

Because legitimate queer couplings give us Klain?

I second Torchwood! (Minus Children of Earth.) Torchwood (the British version) will blow the mind of any queer sci-fi fan because it's slash fiction come to life. It's like they read the slash and they made a series... with all the other good stuff like adventure and aliens too! It's not implied or winked at... just regular old gay relationship... with one of them being immortal, which complicates things.

So far they've killed off one half of the primary couple (gay male) twice (once in the TV series and once in a radio serial set BEFORE the death in the TV series) which pisses me off... as far as I know they were the ONLY gay male LTR of PRIMARY characters in ANY mainstream scifi TV show.

But... we'll always have fanfic.

A friend of mine also told me that "X-Men First Class" - while not necessarily a good film - is VERY slashy as well as self-aware of its slashyness... Baby steps...

Great marketing strategy they have there.

I think there's probably a distinction to be made between Straight Men playing/imitating Gay Men, and Straight Men joking about the possibility of them being gay (which is ludicrous because they're "so obviously not gay" or because two men acting like a couple or acting like they're in love are inherently funny), which I think a lot of these actually play into.

The example you use of "Secret Lovers" playing over the LOTR, for instance, probably has less to do with how well-known/influential the slash fandom is or how ridiculous it would be to deny the possibility of a queer reading, and more to do with the fact that, with the rise of queer people in the public eye, friendships between men are "problematized" by the possibility that they could be a gay couple as opposed to close but platonic friends, and "problems" often lead to comedy. The possibility of Frodo and Sam being queer is certainly there, because modern audiences are unused to male romantic friendships that were more common in Tolkien's day, but it's a source of anxiety, thus the joking about it. The joke is that they're acting like they're in love and that's weird and makes us feel weird so lets make light of it, not that they're acting like a couple and that's perfectly normal and makes us feel great.

I do definitely think that some creators/actors are perfectly happy to court slash audiences in a limited way, and they're able to because throwing the audience a bone often comes in the form of joking about the male leads being gay/acting like a couple, which mainstream audiences (the ones raised on the comedic "bromances" of Boy Meets World, Scrubs, and Friends) are happy to accept because it is a joke in a way that they wouldn't accept a legitimate queer coupling.

this gets a little more depressing when you consider that it's almost always male/male pairings. In fandom itself, most pairings people write/read/squee about are men. "Femslash" - pairings that involve two women - very rarely become really popular. They usually rank below het or canon couples, even.

Furthermore, the male/male pairings are almost always white. X-Men First Class: Erik/Charles, Inception: Arthur/Eames, Sherlock: Holmes/Watson, Harry/Draco from HP, the list goes on and on. Let me tell you, as a self-proclaimed lover of fandom, I am very, very beyond sick of reading about white guys all the time.

Try, Sulu/Chekov,Gunn/Wesley,Gunn/Robin,and some of the Stargate stuff that crosses over into the different 'verses. :)

I agree. This is just wrong.

Based on what I've seen I believe a large part of the responsibility can be attributed to all the 'straight fangirls' that love to ship m/m parings. Blame the hormones. I mean, I, myself, like f/f paring as anybody would, but nothing beats shipping m/m.

And for the skin color, I'm blaming the casting : handsome white males as leads. It's harder to find a good m/m or f/f pairing with chemistry.

Mixed : Ryan/Esposito ? ... yeah, I can't really think of any pairing (or character that I could ship tbh)

I'd say that all this is just the spear counterpart to sweeps week lesbians. And I say that as a queer slash fan.

If you really want to complicate matters, there's also "Supernatural," which has spawned tons of slashy fics featuring real person slash about the leads, Jared and Jensen, as well as the 'wincest' fics between the characters they play, Sam and Dean, who happen to be brothers; so a bit of incest gets thrown into that mix, as well. There is also the popular slash pairing on the show of the character Dean with an angel, Castiel, and if you add in all the other slashy pairings between various and sundry male-embodied angels and demons on the show, "Supernatural' has to be one of the 'slashiest' tv shows out there right now. Even Bobby, the brothers' grizzled hunter friend, gets into the game when he's forced to kiss Crowley, a male demon, on the mouth to seal a deal between them. That scene caused much merriment and uproar in the "Supernatural" community when the episode featuring it aired. 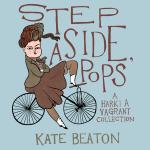