Sexual Inadequacy: But What About the Footman? | Bitch Media

Sexual Inadequacy: But What About the Footman?

What I watch before I go to bed is largely dictated by what I can stream to my computer via Hulu or Netflix. I usually watch something with my roommate, Christian, so it has to be something we both agree on. He likes programs with a subtle emotional register and vivid characters. I enjoy people being catty to one another in fancy clothes. Naturally, we’ve been watching a lot of British Television.

This includes Downton Abbey, a period piece about a family and their servants, living on an estate after the sinking of the Titanic but before the first World War. The patriarch of the family has no male heir and must surrender the estate to an obscure relation, the three daughters are being wooed by suitors, and their daily lives are mirrored in the power struggles that go on in the kitchen and the servant’s quarters. It is a high-quality show, full of intrigue and interest, and I found myself getting wrapped up in the drama of each episode. Sadly, we burned through them in a week, and new episodes don’t air until Winter 2012. When we next see the Crawley family, it will be without their first footman, Thomas. In the pilot, you find out Thomas and a visiting Duke are lovers, and that the Duke had been writing Thomas mash notes (which go into the fire, of course, so Thomas cannot blackmail him). It feels very similar to the scenes between Ryan Phillippe and Bob Balaban in Gosford Park. Two episodes later Thomas hits on someone who blackmails him, and then for the rest of the series, he is simply a boilerplate villain. He and the villain lady take smoke breaks and plot their nefarious deeds and then they set them to motion. After a series of this, in the last episode the heat is on and Thomas volunteers to be a medic rather than be fired. Off he goes off-screen, gone, but quickly forgotten.

Because Thomas was kind of a boring character. He was just committed to ruining everyone’s life and causing as much trouble as he could. It is weird to watch a character start off one size and begin to shrink as the show can’t find a place for them. It’s like, they had done the gay lover thing for the pilot, they had made him the source of all gloom and sadness in the house, and then they just ran out of ideas. Meanwhile I was doing what I always do when I see a queer on screen in a movie or a television show. I wonder what they are doing while the straight people are talking. I wonder what their sex life must be like in whatever historical age the writer has unthinkingly wished them into.

This is the problem I run into quite a lot. Because good queer characters can be so satisfying, I’m always let down when the most important thing that can be said of them is that they are queer, but not that they have much more to them than that. I’ll still be watching when the show returns in a year and a half, but I’ll always wonder how Thomas is making out. Even if I don’t like him and don’t think he was written as a strong, complex character, he was essentially what got me excited about the show and made me think it might be worth watching. It is hard not to wonder if the story of his life might not be as interesting as the parochial squabbles of a bunch of blue-blooded heterosexuals as they are forced to mingle with other hetrosexuals whose blood is varying levels of blue in relation to their own, but how boring is that, right? The vagabond life of a rogue thief in Edwardian London? What he doesn’t steal, he seduces!

This is how people start writing fanfic.

I love this show. I too finished the episodes quickly. The BBC writers have it easy. They only have to write 6 episodes per year.

*Spoiler Alert* I recall reading that the actor who plays Thomas is signed up for the second series, so I don't think we've seen the last of him.

at the end of the last episode i wondered aloud to my roommate if the show would still follow him as he left downton. i am SO STOKED to hear it will. or is he not even leaving??

SO MANY UNANSWERED QUESTIONS.

but yeah, apart from being dastardly we don't get to see how he came to downton or what made him this bitter, sociopathic (not a professional diagnosis) and jealous man. i'd like to see some fleshing out of his and daisy's characters.

thanks for the perspective!

this reminds me of Sal from Mad Men. have you watched that series? What did you think?

Hi--
You may know this, but the similaries between Downton Abbey and Gosford Park are because the principal writer of each is Julian Fellowes. Upstairs downstairs parallels are most interesting, aren't they.

Also--this isn't Victorian, it's late Edwardian. Again, you may know this but the tag says Victorian as does your final comment on the rogue thief, etc.

I changed the two references to "Edwardian" because it really is a silly mistake to make and I appreciate having it pointed out. Thank you.

I absolutely adore this show, even if it's obvious that Thomas' sexuality was mainly used to suck in viewers in the first episode and later only mentioned every once and a while, but I did find Thomas intriguing, actually.

He was quick, calcluating, nefarious, a bit over the top to be sure, but then he also had some really great critiques about how the Edwardian class system didn't make sense, "Why should we live through them?" he says, when the entire staff is wrapped up in the drama produced by the Crawleys. It was obvious that it was class that was holding him back, because he was definitely a wicked smart guy, and his frustration at having to claw his way up the ranks any way he could was the driving point of his evil deeds.

I've seen this show a million times over, as I said, I adore it. And yes, I've written fanfiction for this show. :D

I also felt frustrated by the way that Thomas began as a more complex character, and then was just relegated to a role as the household petty psychopath, so that effectively the show took the cliched path of "gay = source of evil." His story started out with a lot of promise, and slowly faded into a very traditional (and outdated) British trope. But it does look like he's in the second season, so I remain interested, because I hope they can do something more nuanced with him in a different setting. 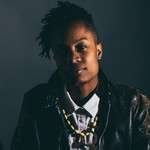