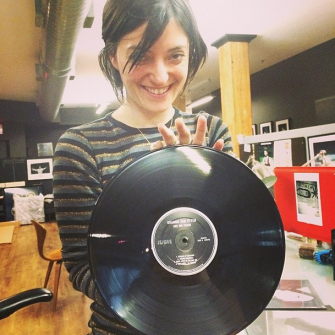 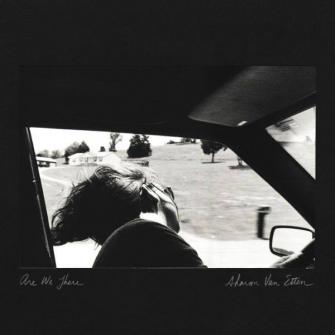 Sharon Van Etten shows off the vinyl record of her new album “Are We There.”

I was first introduced to Sharon Van Etten’s music when I moved to Portland for college. I remember hearing “Give Out” off of Tramp in my friend’s car as the two of us were having a hard time with love. “You’re the reason why I’ll move to the city/You’re why I’ll need to leave” were the words that felt stuck to my ribs for days.

Van Etten has a real knack for lines that drive to the core of your love troubles. Her latest album, Are We There, is a beautiful example of how her music only improves with time. Van Etten’s first albums are markedly muted. Her debut album, Because I was in Love, was mostly just vocals and nimble guitar work. Over the years, she has added some kick drum, string sections, and has had held onto consistently striking lyrics. This album features mechanical-sounding drumbeats, organ, and even a little synth. All these new layers add a fresh sound to the album.  Are We There has more substantial instrumental sections and confronts the more ambiguous territory that lies between love and loss, boldly and confidently. In a letter to her fans in Are We There’s liner notes, Van Etten states that this new album represents her growth as an artist, and is an exploration of the “parallels of relationships versus career and the similarities, differences, struggles, & compromises it takes to do both.” 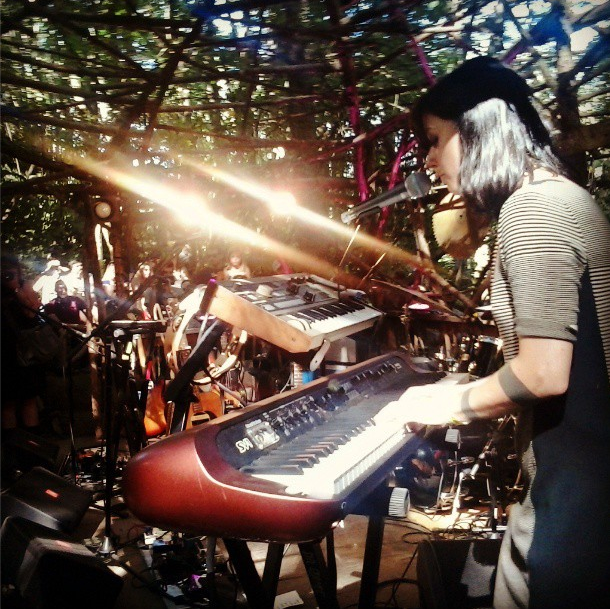 Van Etten is an artist who complicates the “confessional” singer-songwriter genre with a steady, tempered voice. Her new work seems to want to push against the notion that she can only write a certain kind of mourning song. On her earlier albums Tramp and Because I was in Love, her vocals tended to be barely audible at times.  In new song “Our Love,” her voice floats alongside a mechanical beat and warbling guitar. Van Etten’s vocals range from delicate and shy to sarcastic and fierce−sometimes within a single track. “Tarifa” begins soft and steady before melting slowly into. In “Your Love is Killing Me” showcases Van Etten’s voice resonating tightly next to heavy guitars and fidgety snares as she explores the difficulty of detachment. The closing track, “Every Time the Sun Comes Up” allows Van Etten to address the critics who may say she’s just another singer-songwriter: “People say I’m a one hit wonder, but what happens when I have two?”

For this album, Van Etten takes on the role of the sole producer. In the past, she has worked as a producer alongside Aaron Dessner (of The National), but this album is fully Van Etten. There’s no question that Are We There is beautifully produced and she makes some interesting decisions: the transitions between songs are smooth and thoughtful as Van Etten delves into more nuanced themes of authenticity, healing, and uncertainty. The ethereal piano of “Afraid of Nothing” shifts into the starkly more percussive “Taking Chances” is a little startling if you are familiar with Van Etten’s older work. But the incorporation of electronic elements feels like a new artistic move—it’s done in a way that is noticeable and understated enough as to not distract from Van Etten’s voice or lyrical material. Stylistically and thematically, this album is cohesive and frames Van Etten’s skill and confidence.

At this point in her career, this album truly shows Sharon Van Etten at her most expansive and confident as she continues to explore love and loss with nuance. In Are We There, Sharon Van Etten is profoundly more self-aware about her poignant and carefully crafted love songs.

Related Reading: The One-and-Only Mirah Talks About Her Brand-New Album.

by Maggie Owsley
Still nursing that holiday burn-out? Use this mix to get back to you.