Sister, Sister: Lindsey Markel and You Are Among Friends | Bitch Media

Sister, Sister: Lindsey Markel and You Are Among Friends 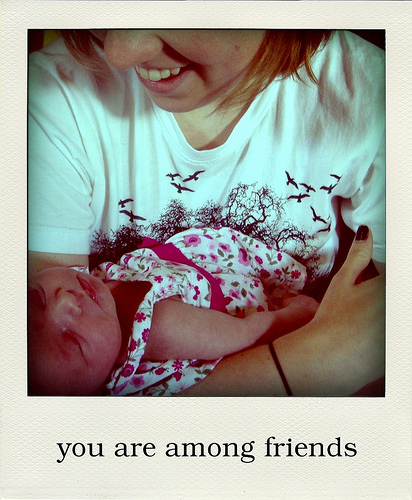 You know how sometimes you just fall into an emotion funk? Like, self-doubt and constant criticism are hiding behind every corner of your house, and only a good movie marathon or indulgent internet purchase seem to do the trick? I found myself in such a messy state over the weekend and was lucky enough to stumble across YOU ARE AMONG FRIENDS (rather than spending over $50 on etsy stress shopping).

YOU ARE AMONG FRIENDS (YAAF for short) is a project started by Lindsey Markel, which she refers to as her "love letter to every girl." Originally a zine, Markel later released YAAF as a free podcast (available here). YAAF touches on identity, courage, sexuality, consumerism, love, and credit card debt. Markel is now trying to put out a book version, called You Are Among Friends: a book for the little sisters I never had, with the hope of reaching more women and creating a lasting product to pass on between friends, family, and strangers.

Markel describes her past and future YAAF projects as

[being] aimed at girls 10-30, with the goal of empowerment through advice, education and encouragement regarding everything from school to sex, credit cards and heartbreak to living a life of wonder (and not being afraid to peek below one's own skirt).

I would like to self-publish the extended zine in book format. I have been a member of and contributor to the zine community since adolescence myself, and I initially wanted to produce YAAF as a zine because I wanted the information to appear in a friendly, non intimidating format, and a hand-sewn paper zine is about as colloquial as it gets. However, I would like the extended version to hold up better and last longer, so it may be passed on from girl to girl, or kept and cherished for a long time, the same way the feminist books I read as a youngster have occupied prime real estate on my bookshelves for years.

I really wish I had someone like Lindsey Markel in my life when I was 13 (or 16 or 19 or 21...). Her project is so touching and powerful because of her honesty, assurance, and humor, mixed in with the reality that confidence for women and girls can be such a difficult goal to attain. Markel embodies the cool older sister, with admirable charm, hilarious timing, and inspiring confidence. Her love for and at ease with the world around her makes you feel emboldened to take on whatever difficulties and challenges come your way. So, Bitch readers, consider this your invite to the big sister you never had (or maybe did, you lucky ones!).

I listened to this podcast yesterday (as per Annalee's recommendation) and I thought it was excellent! I definitely wish I'd had it when I was a teen, but I still got a lot out of it even though I'm a little older now.

Thanks for posting this! (And thanks to Lindsey Markel for making it!) 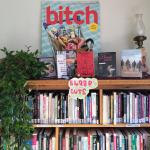 by Emma May
Favorite zines from the shelves of Bitch's feminist lending library.