Size Matters: Breaking it Down to Basics | Bitch Media

Size Matters: Breaking it Down to Basics

Since we're nearing the end of this blog, I thought now would be a good time to answer a question several readers have asked and basically summarize some of the lessons I hope you've taken away from our time together here. These are just starting points—I would suggest you do some further reading about thin privilege as well as how to practice FA.

Thank you for this series. i really hope folks take the basic lessons away from it, and then expand on that.

This is such a great post and a great way of breaking down the ideas of Fat Acceptance into simple terms, I think I'll be linking a lot of people to this entry when I'm trying to explain what Fat Acceptance is really all about.

Thanks for writing this blog, Tasha. I've really enjoyed it, and it's made me think quite a lot about fatness in our society. Hopefully I'll get to read some more of your work in the future.

Terrific summary of what you've been writing about. Thanks so much.

I loved this series, Tasha. Really insightful, economic commentary on a topic that really needs much more critical analysis. So, thank you.

I have two questions that I wanted to pose at the close of the series.

1. As you've covered fatness and mention thin privilege, I wonder what we make of "in-between" bodies. "Average" seems like the wrong word. "In-between" may ingratiate itself into a binary, but it may also exacerbate it instead of suggesting a flow of continuum. But how do we begin to theorize these bodies?
1A. I loved loved loved that you addressed gradations of fatness (i.e., fatness is not monolithic, but encompasses a range of bodies).
2. I'm totally behind making "fat" a value-neutral or positive term. But I struggle with its usage because I'm not fat. I was a chubby kid, but I've been a petite lady since high school. So it seems insulting to fat women for me to use that word. Thus I wonder what the rhetorical responsibilities are for fat allies who are not themselves fat.

Would love to see more fat talk. Surely there is more to talk about.

Guest bloggers here only write for us for eight weeks at a time, though often we wish it could go on longer. That's so we can ensure a variety of different voices on the blog, and so they can get back to their day jobs without us taking up too much of their time.

However, it's great to hear that you enjoyed this series! We're always brainstorming potential topics, and we'd love to have another series on fatness and pop culture on the blog soon. In the meantime, Tasha is blogging as part of the Grand Rounds team here every Friday! http://bitchmagazine.org/post/grand-rounds-dissecting-greys-anatomy-with...
____________
<b>Kelsey Wallace, web editor</b>

Even though I'm size privileged (in Tennessee anyway...I have a feeling I'm a size considered "chubby" in certain places on the East and West Coasts) I've really gotten a lot out of reading this blog. I learned things about others. I learned things about myself. I got a little bit more comfortable with myself and a little bit more accepting of others because of some of the things you've written. I tried to get my friends of all sizes to read this blog....I have no idea if any of them did. Either way, I just want to say thanks, and that when this blog ends I'll miss being able to read it.

Hey Tasha,
Thanks for writing this! I've really enjoyed your posts, they've helped me realize prejudices I've probably had unconsciously, despite the fact that I thought I was open-minded and non-judgmental. Just adding to the health comments previously made, weight most definitely does not define the health status of a person. I'm a tall size zero, and my lifelong frail and underweight body is the result of poor health and immune system deficiencies. I've suffered from sicknesses since a child, and even now get sick much more often and have less energy and stamina than some of my fat friends. Despite my unhealthy reality however, I do receive comments from strangers, teachers, co-workers, ect, about how healthy I appear, whereas my friends say they never receive such comments! It's outrageous!! 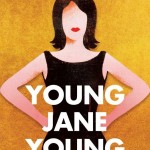