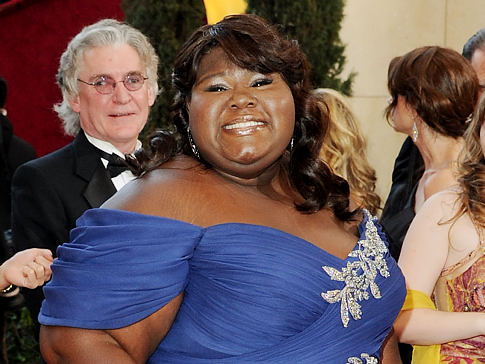 There is a clear dichotomy when it comes to fat people. One the one hard, we have the virtuously fat, who by no fault of their own are fated to live life in a fat body due to disease, genetics, or bad luck of the draw. On the other hand we have the fat people who are perceived to be “out of control,” guilty of the deadly sins of sloth and gluttony. Fat people must justify their existence by convincing fatphobes that they’re trying really hard not to be fat, but they just can’t permanently reach that Land of Thin. People love black-or-white scenarios, so they tend to want to place a fat person in one box or another. You’re either the object of pity or disgust, from both other fat people who buy into the dichotomy and society at large. Unless you have some kind of verifiable “excuse” to be fat—and that still doesn’t exempt you from experiencing discrimination and being the target of unchecked fatphobia—you’d better keep running in that hamster wheel of yo-yo dieting, weight loss and regain.

The plight of the fat celebrity illustrates our expectation that fat people should be constantly fighting the battle of the bulge, and we get a kick out of watching their weight rise and fall. From Oprah to Kirstie Alley, we are obsessed with the constant attempts to beat back the inevitable regain of weight. Kirstie Alley capitalized on our obsession by producing not one, but two shows focusing on her weight—one right before she lost all the weight, and one after she gained it all back. Oprah’s travails up and down the scale are legendary. Then we have the revolving door of Jenny Craig spokeswomen, such as Jennifer Hudson and Sarah Rue. So when a celebrity dares to proclaim that she’s happy at a weight considered fat, all hell breaks loose. Example: Gabby Sidibe.

Concern trolls hit paydirt in Gabourey Sidibe. Not only is the actress happy at her weight, she has the audacity to claim she’s sexy and deserves respect. So what is the establishment response? Mocking her, offering to help her lose weight, expressing disbelief that she’s actually happy and using her weight as a springboard to resuscitate a dead career. Just by daring not to get on the yo-yo diet bandwagon, she ignited a firestorm of condemnation and faux concern. Definitely not the behavior of a fat person who knows her place.

The fat acceptance movement in some ways hinders the dismissal of the good fat/bad fat dichotomy by encouraging fat people to defend themselves by pointing to the fact that they eat their veggies and exercise yet still cannot lose weight. It may be an unpopular position, but what about those who may not be so virtuous in their eating and exercise habits—do they not deserve equal acceptance? There needs to be room in the fat acceptance movement for those who may be fat by choice. It should be enough that we’re human to treat us with respect and dignity, regardless of the reasons why we’re fat.

...is the *establishment* now really embodied by a blog called ifrymineinbutter.com? When I saw "establishment", I was expecting the New York Times, Vanity Fair or at least People Magazine.

If you click through to those links you'll see that each is to a post that is critiquing "the establishment" and each includes links to more major media outlets like the ones you mention.

Ah, gotcha. I admit I obviously didn't click through, and when I saw the "mocking her" link, I figured it was to some sort of piece that was, you know, mocking her.

But I get it now.

The day Fry Butter is the establishment is the day I retire to the Caymans!

Piña coladas, anyone? I know they're old school, that's how I roll!

I hope that Fry Butt always retains its rag tag origins. Our tagline should be, "Is this some kind of website?"

Anyhoo, Tasha, your article is so timely! I am curious to see what new forms of social pressure will be exerted over Gabby now that she's a semi-regular on <em>The Big C</em>.

I wish I got Showtime so I could watch it!

You said it! I'm as fat as i wanna be and other folks can just deal. I've learnt to bring my own chair though. :-p

As a feminist athlete, I'm curious: since when was it in the interests of women to advocate that we be content being unhealthy? I agree that discrimination against overweight women is unacceptable, but I still don't know on what basis we ought to push for a society where, on the other hand, being physically unhealthy is perfectly acceptable. Isn't it in everyone's interest to be encouraged and supported to be and feel the healthiest they can, both emotionally and physically?
- An ignorant slim person

Part of the problem, uncertain, is that people often reprimand fat people for their eating habits but never reprimand slimmer people for the exact same eating habits. This means the concern is essentially fake. There are people who for whatever reason can eat unhealthy foods all the day long and be skinny, but usually the commentary on this phenomenon is, "Lucky!" That shows that for most people commenting that they're just concerned that these fat people are eating all this unhealthy food aren't really concerned about health--underneath it all, they are just not okay with fat people being fat.

Fat =/= unhealthy and thin=/=healthy. Learning that and really understanding it will probably clear up those nice concerns of yours.

The best thing, dear feminist athlete, you can do is mind your own business regarding other people's health. Concern trolling is not FDA approved for curing "fatness" and is certainly not appreciated by any fatty who has had to deal with you and two hundred like you attempting to couch bigotry in some health chow chow. Go bug your thin friends who don't wear sunscreen, smoke, have insertive sex sans barrier method and don't wear their seat belts.

AISP, Did you read the article? Have you read any of the other articles on this topic? This article wasn't about health in the way you seem to think it is. In fact, this post was in large part about getting off the backs of fat people regarding our eating/exercising/etc habits at all, and not punishing each other about those things as a way to alleviate the fatphobia aimed at us.

As i like to say "Solidarity At Every Size!" is where the shit is at. That means, respect, support, freedom, community, no fucked up judgments, regardless of how many donuts i may eat and/or regardless of what i may or may not do to respond to the associated or assumed impact on my body. No matter what is going on with my body, or yours, we deserve respect and solidarity. IMO, the single most important slogan for folks such as myself (trans, queer, disabled and fat) can be summed up in this: Our Bodies, Ourselves, with a dose of Nothing About Us Without Us for good measure.

Which means, in part, back off with the condescending concern trolling.

I think the problem here is that your assuming she's unhealthy. You dont know her, her family history, or her doctor. Yes she is a very large woman, but I know several extremely overweight women who actually have no health problems whatsoever. One of my friends was the perfect candidate for gastric bypass surgery BECAUSE she had no other preexisting health concerns. The doctors were confident she would get through surgery and recovery well without extra problems. So if Gabby's doctor says she does not have diabetes, high blood pressure, back problems, etc. then why should she lose weight if she's happy with herself? People use the "I'm just trying to get healthy" excuse as to why they are losing weight (because they are unhappy with the physical appearance of their bodies) and its most often just that- a B.S. excuse.

And you showed you werent ignorant by the sensitive manner in which you framed your question. Many people just blantly bash fat people as if they are sinning by being fat and not trying to change it

For sheer ick, nothing beat the time critics piled on Alicia Silverstone for gaining a few pounds and showing up at the MTV Vma's. You'd have thought she had insulted them personally. And this was for a then-teenage girl.

"Definitely not the behavior of a fat person who knows her place."
"You'd better keep running in that hamster wheel."
"Concern trolls hit paydirt."

I don't completely disagree with your idea as a whole, but every time I read one of your blogs it makes me want to never come back to this website again. I think you like to make dramatic sweeping statements with very little actual factual backup for your information. And before you start on me, let me just say, not everyone who disagrees with you is a troll. It's called an opinion. You do not speak gospel.

I assume you understand that those first two quotes were sarcastic comments. How does one factually back up sarcasm?