As mentioned in this past Popaganda, I visited the Portland Art Museum this past weekend and completely fell in love with the detailed and often quirky work of Beth Van Hoesen. From red afros to tattooed men to skunks named Fleur, Van Hoesen’s work is as whimsically unique as it is grounded in reality.

Van Hoesen (1926) is from Boise, Idaho but spent many years studying and working in San Francisco. Having studied under David Park, Van Hoesen’s style can be contextualized within the Bay Area figurative school, especially when considering her choices in isolating her subjects against indeterminate backgrounds.

Annette Dixon, curator of Prints and Drawings for PAM, describes Van Hoesen as

Going beyond merely observing and recording, she interprets what she sees, bringing out her subject’s uniqueness… One feels the psychological connection that she establishes with her subjects as she penetrates intuitively beneath the surface to suggest a sense of interiority that endows them with a sentient presence both visual and palpable.

Some of my favorites from the exhibit at PAM where near impossible to find online (including portraits like said red afro-ed Pat [1972] and Checks [1963]), but here is a sampling from her nearly 40 year career: 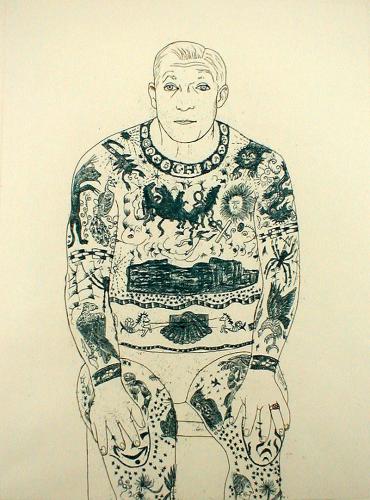 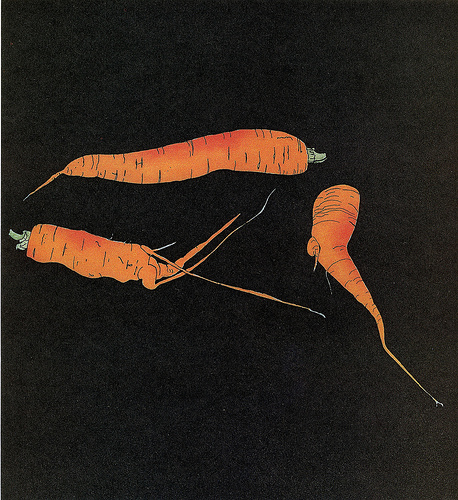 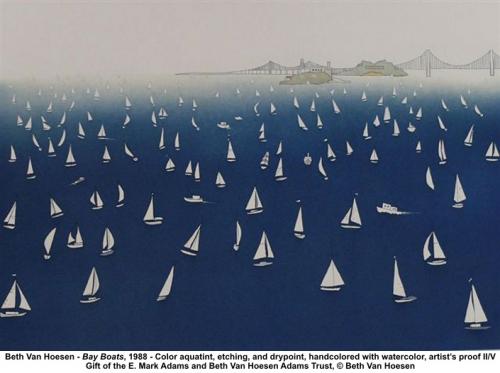 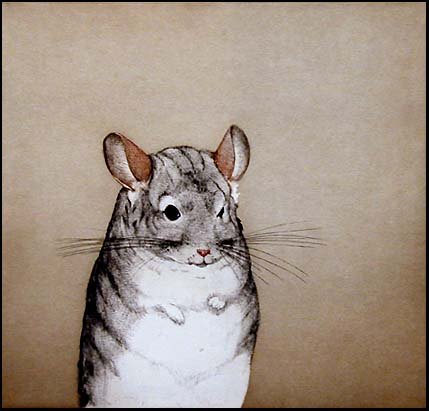 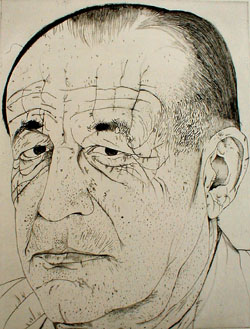 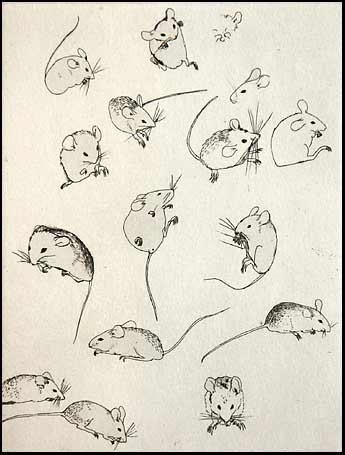 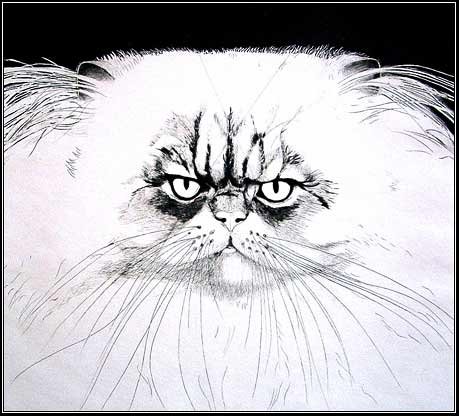 Cool stuff, thanks for sharing!

hey, awesome post about van hoesen! does anyone know if her work will be shown in either the NYC area or in the DC area anytime in the near future? thought maybe so, since i've found several recent postings re: west coast shows..