Smart Sex Between the Coverage

Well, the source of the data is The Journal of Sexual Medicine, which published a study on May 12th detailing the sex lives and communication abilities of female twins. The ability to monitor one's own and others' feelings and emotions is known as "emotional intelligence" and the study determined that women with better emotional intelligence have more orgasms because they are better able to talk with their partners and also know their own body better.
But mainstream media outlets quickly hooked onto the "intelligence" line and ran with it. Most of the headlines go the way of Fox News : "'Smarter Women Have Better Sex Life, Study Says." Many reference "brainy women" and "smart girls," conflating emotional intelligence with perfect 1600 SAT-type intelligence. That conflation spiraled into the "bimbo" headline that plays emotionally intelligent "women with brains" against average women, who in addition to being dumb, are skewered as having bad sex.

The whole discussion, and the accompanying photos of sexy women in glasses, works on the unspoken assumption that this report is a new twist. Smart women have better sex than "bimbos" - who'da thunk it?! The fact that women with high emotional intelligence have good sex is common sense. To grab readers eyes, media outlets spin the study in a way that plays on cultural stereotypes of intelligent people being loner losers.

Daily Mail: We keep the stock sexy librarian photo on hand just in case we have to write about women.

The BBC got it the most correct, writing: "Emotional intelligence 'aids sex.'" And mimicking the jargon of the study itself, the New Scientist sits at the opposite end of the spectrum from the Telegraph, topping an otherwise accessible and insightful article with the headline, "'EQ' linked to frequency of orgasm."

It's ironic that readers have to cut through juicy, misleading headlines to get to the results of the study: good orgasms comes from open and honest communication.

Ugh. One day the media's coverage of sex and sexual health will ACTUALLY MAKE SENSE! I saw it in a dream!

And one day, science journalism will stop feeling that it has to be sensationalist in order to get readers.

Librarians are hooooot. Okay. Kidding! Nice work. It's too bad, but you know the mainstream media has to dumb it down. They need those ratings and, "Women Who Can Communicate Better Emotionally Have Better Sexual Experiences" doesn't sell nearly as well as, "Smart Chicks Have Way Hotter Sex Dude, Check Out This Stereotypical Librarian Chick. Oh My God I Hope She Lets Her Hair Down in this Scene".

I would argue that people of either sex who communicate with their partners well have better sex. I guess common logic isn't for the common person. Oh well.

By the way, I said, "either sex" in that last comment. Let's cross that out and make it "any sex."

The cover "smart women have better sex" looks more attractive and sounds more sensational than the truth about "emotional intelligence". A smart cookie won't swallow this bait, he shall realize that everything depends on the number of nerve endings in various parts of the body, the contraceptive pill....or maybe a woman just had a stressful day... 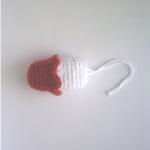