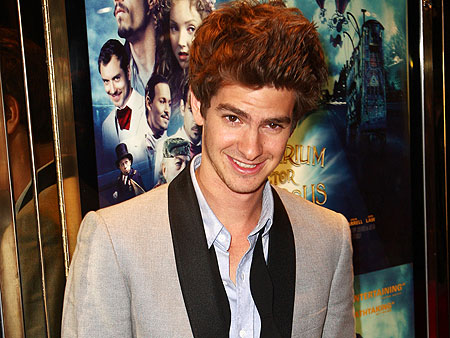 While Wonder Woman’s Hot Topic makeover took center stage last week, another superhero fate was being revealed. This week it was announced that Andrew Garfield will assume the role of Spiderman in the upcoming reboot of the franchise. The sweet faced Garfield, despite being an accomplished actor, isn’t exactly a household name. His nascent acting résumé includes the films Lions for Lambs and the eagerly anticipated The Social Network, slated for release this fall. While there is certainly an audience hungry for more Spiderman, I can’t escape the feeling of annoyance at another action franchise that marginalizes women. According to the article “Memo to all women: No half for you” I’m not just imagining the erasure of women in genres such as action, thriller and suspense.

Women may make up 51% of the population, but actresses nabbed only 29.9% of the 4,379 speaking parts in the 100 top-grossing films of 2007, or so says a new study released by University of Southern California’s Annenberg School for Communication & Journalism, which was conducted by professor Stacy. L Smith.

The results of professor Stacy L. Smith’s research and analysis of female visibility in popular films hardly surprised me, but that did not make its findings any easier to stomach. In light of Smith’s disheartening report, it’s difficult for me to feel enthused about another action franchise which relegates women to peripheral roles such as love interest, caretaker or eye candy.

I'd be willing to wager the 29.9% figure is even smaller in the action/adventure realm... and smaller still if you weight it by speaking time or screen (not scream) time. And frankly I don't get it... didn't Sigourney Weaver prove a long time ago that a strong female action hero could lead a franchise? I'm really hoping Salt does well but I'm not holding my breath that even if it does it will usher in a new era of equal opportunity in Hollywood.