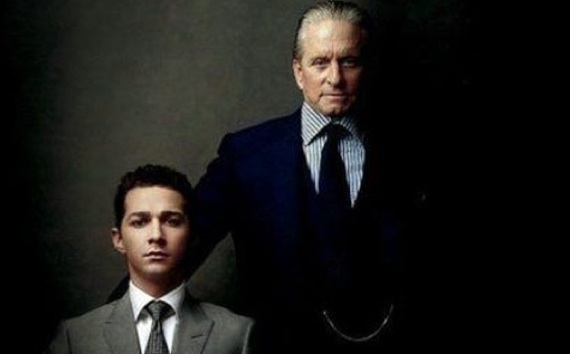 Movie audiences dissatisfied with summer cinema offerings are eagerly looking towards fall releases in hopes finding a reprieve from the foul, unwatchable dreck currently polluting multiplexes. Here are two that have piqued my interest.

Wall Street: Money Never Sleeps, the sequel to the iconic 80s yuppie mortality tale Wall Street, reunites Michael Douglas with provocative director Oliver Stone (Platoon, JFK, Natural Born Killers). Douglas won an Academy-Award for his blistering portrayal of ruthless corporate scavenger Gordon “Greed is Good” Gekko and the sequel finds Gekko fresh out of jail and possibly no wiser from the experience. Of the many Oscar-bait films slated for release during the second half of 2010, this is the one I’m most eager to see. (Bitch Media bonus: Bitch magazine was used as set dressing in the film! Turns out Lebeouf’s girlfriend is a feminist.) Stone’s timely reexamination of corporate greed and misanthropy is sure to make waves at the box office, but most likely will not be particularly ground-breaking. When I first heard rumors of Josh Brolin’s casting I’d hoped he would be cast in the Charlie Sheen role. Sadly, producers opted to go with the bland Shia Lebeouf, which is the only casting choice dampening my enthusiasm.


I cannot think of a less appealing follow-up to the Oscar-winning film No Country for Old Men than a remake of the 1969 John Wayne film True Grit. Even with the Dude assuming Wayne’s character Rooster Cogburn, I can’t fully conceive of why anyone would want to remake this respectable and beloved (among Western fans) film. But the Coen brothers have intrigued me with a script promising to adhere to True Grit’s original story—a teenage girl avenges her father’s murder. This restoration of the source material in the hands of the Coens just might be pretty awesome. I don’t know much about the actor playing Mattie Ross, but I trust the Coens have found the right person to effective embody their script. It’s been a very long time since I’ve read the novel, but perhaps with the smart and skillful direction of the Coen brothers this adaptation might accidentally have a bit of a feminist consciousness. In other news, it’s not just you; Josh Brolin really is practically every single film. Watch your back, Christian Bale.

Wow Brolin really is everywhere... in a Woody Allen flick, a comic book film, he's even supposed to be in the third MiB movie.

Of course speaking of Bridges, the movie I'm really waiting for is Tron: Legacy which sadly isn't due out until December.

We at Bitch are very much looking forward to Carey Mulligan holding up Bitch magazine conspicuously and asking Michael Douglas's character to become a <a href="/donate-and-subscribe/contribute#bhive">Killer Bee</a> (that was our set dressing contract caveat. not.)

And I'm personally looking forward to most anything by the Coen bros!

Hope that this movie "Wall Street: Money Never Sleeps" could be a good movie, there´s so much time since i´ve seen Michael Douglas acting on a decent piece, I think he´s a great actor, with excellent works in the 80´s and 90´s.

The last thing I saw where he really shined was in his supporting role in <em>Traffic</em>.