Since its inception in 1995, War Child benefits children in war torn areas of the world by working with local organizations to teach skills and spread knowledge to as many people as possible in the hopes to change trends in their countries. In a “teach them to fish” fashion, War Child works in places like Uganda, Iraq and Afghanistan to bring social justice, education and basic necessities to women and children. Just like any other charity or non-profit, War Child relies on donations and fundraising to fund its programs. Additionally, War Child has released a slew of albums with contributions from socially conscious artists like Oasis, Keane and David Bowie, the proceeds of which go toward their programs. For their latest, “Heroes”, War Child asked some of yesterday’s epic artists to call up a contemporary powerhouse to cover one of their songs. The results are rather brilliant. The Yeah Yeah Yeahs cover The Ramones’ “Sheena Is A Punk Rocker”, Blondie asked Franz Ferdinand to try their hand at “Call Me” and the one that gives me the most multi-faceted butterflies in my stomach is undoubtedly Peaches’ take on Iggy and The Stooges’ “Search and Destroy”. The album is a stellar smorgasbord of some of the best musicians from the last 40 years who have come together to benefit children in areas of the world that need it the most. Check out Estelle’s rendition of Stevie Wonder’s “Superstition”.


Estelle is just one of many ladies that represent hard on “Heroes”, including Peaches , who is universally known for her overtly feminist and sexual lyrics about men and women (and let’s face it, melts your face she’s so great); Lily Allen, who is the first woman featured on the cover of The Gay Times in 12 years and speaks to gay equality in the article; and The Like , which is comprised of three young women who formed a rock band 8 years ago when they were 15 and 16 years old. Check out the entire “Heroes” album for a limited time on its MySpace page. It is set to be released in the US on February 24. 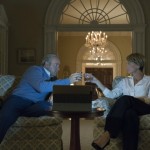 by Bitch HQ
A roundup that cuts through this static and highlight what’s worth your time.