How Social Media Makes Us Feel Less Upset About Surveillance 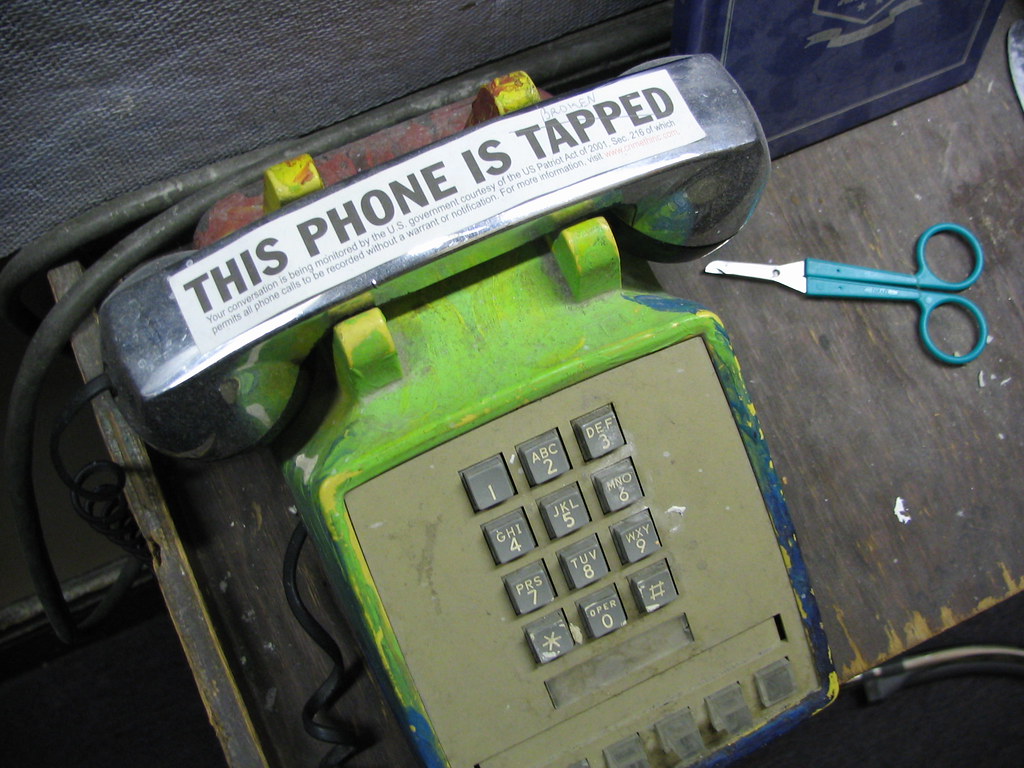 Last fall, investigative reporter Julia Angwin gave a talk at a big tech conference in which she took on an interesting idea. She asked: Is privacy becoming a luxury good?

Angwin points out that customers used to go into stores and buy software. Now, many tech companies are built on giving their products away for free. “If you’re not paying for it, you’re not the customer,” says Angwin. “You’re the product being sold.”

As a society, our mainstream ideas about what “privacy” means are changing. What we think of as “private” is shifting, in a huge and often very quiet way, because of the internet. We see outbursts about this change all the time—mostly about how we shape our identities online. People get upset about their parents being on Facebook or roll their eyes at friends who post intimate romantic photos on their public Instagram feeds. “Don’t they have any privacy?” we say. Social media makes us shape our lives into very public personas. Everyone has a different approach to what they include in that public image of themselves. We’re very conscious these days of what we put out as part of our public identity—what we post and share—and what parts of ourselves we don’t make so public.

But behind those conversations about our public internet identities is something insidious, I think.

In 1967, we had a big national debate over what “privacy” means. It was a legal debate. There was a Supreme Court case that dealt with the right to privacy: Katz vs. The United States. In this case, a guy—last name Katz—was using a public pay phone in Los Angels to call and place illegal gambling bets. The FBI suspected this and they taped a microphone to the outside of the phone booth and taped his conversations. Based on those taped calls, he was arrested and convicted of illegal gambling, but he argued that he had a right to privacy on the phone and that having the government tape his calls in the booth was an illegal search. The Supreme Court agreed with him—the government was wrong, he had a reasonable expectation of privacy in the phone booth.

Reading about this case now, forty years later, it feels so quaint.  Now, there is no phone booth. The phone booth is everywhere. And the government is still listening. So are many, many companies. And it feels like instead of fighting that intrusion, like Katz did, we just see it as normal. “Welp! Welcome to the internet!”

Personally, I should note that I’m 28 and I love the internet. For a majority of my life, I’ve been having conversations online. I like Twitter, I get a lot out of reading my news online, I have fun finding new artists on Tumblr. But I feel nervous about the way our concepts of privacy have changed because I don’t like who’s guiding the conversation. It’s not individual people. It’s not elected officials. It’s private companies. Companies that make money by tracking you online.

Companies use your info to target you with stuff they think you’ll want to buy and to modify your view of the site so you’ll spend more time on it and they sell that info on you to advertisers. But it’s easy for this reality to fade into the background of our minds. I was interested in reminding myself how much I’m tracked online, so a week ago I installed this little web browser app called Ghostery. Ghostery describes itself as an “online transparency company.” It tracks the trackers. The app is free, but they ask users to opt into “donating your data” (I didn’t).  I installed Ghostery and now, every website I go to, a little window pops up with the names of the companies that are requesting my info. When I read the New York Times, this box pops up with the names of 11 companies in it. When I go to target.com, a box pops up with 50 companies. It’s a nice reminder that while I’m using the internet, companies are quietly watching my every move.

Let’s go back to reporter Julia Angwin’s talk at the tech conference last year. Julia has written a couple books, including one about the business model of Myspace and another one called Dragnet Nation, about the ways that both companies and the government track us all online. She points out in her talk some of the things companies do with the data they collect on you. Staples, for example, looks at the IP address and determines your zip code. Based on your zip code, it can tell how close you live to a competitor’s store and they vary their online pricing based on that location, offering cheaper products to people with lots of options. When you visit the website of credit card company Capital One, it guesses your education level and income and offers you ads for the credit card they think you’ll want.

“When you looked at the data across the nation, you also found that the people getting better prices were richer and whiter,” Angwin says in her talk. If you don’t want to be tracked, opting out of this is not easy. Angwin tried. Instead of using Google, she started using a search website called duck duck go, she installed adblocking software, she signed up for a phone plan under a fake name. She carried her phone around in a signal-blocking Faraday bag. All of this came at a cost: about $2,500 a year for all her privacy efforts.  And it didn’t even really work. Angwin was unable to stop many of the ways companies collect and use her data and opting out of using a phone was impossible when her friends and family still wanted to be able to call her.

What this experiment points out is that trying to personally protect your privacy online doesn’t work that well. Not when you’re basically trying to undermine the way websites are designed to work—to make money off tracking your behavior.

We all know we’re being tracked online. For the most part, we’re really pretty comfortable with it. We joke about how weird it is to have ads follow us around the internet, how it’s spooky the way Google divines what you’re interested in. It’s bigger than spooky. I would argue that being tracked by companies has made us worry less about being tracked by the government. We used to get really upset if the FBI taped a microphone to the side of a phone booth and eavesdropped on one guy! Now, the government collects data on all of us and we shrug it off. Social media has made us more comfortable with surveillance of all kinds.

Companies like Facebook and Google now set the cultural conversation about what privacy entails. And for some people, there’s much more at stake here than the prices of a new binder from Staples or a Capital One credit card. The constant tracking is a civil rights issue. The idea that “if you don’t do anything illegal online, you don’t have anything to worry about” just doesn’t hold true for some communities.

The upcoming documentary The Feeling of Being Watched takes a look at FBI surveillance in a small town that’s ironically named Justice, Illinois. The town has a big Arab-American population and something weird is clearly going on. The film’s trailer explains that Justice residents endured all kinds of privacy invasions, including a sketchy surveillance van cruising their neighborhoods.

I didn’t know about this until incident until someone pointed me to The Feeling of Being Watched. I have to wonder, wouldn’t this have been major national news a generation ago? We’ve come a long way from getting upset about taping microphones to phone booths. But maybe we don’t talk about privacy as much because surveillance doesn’t impact us all equally. While we’re all tracked, only some of us pay the price.

The little things we do online—the stories we share, the photos we send, the statuses we update—they make up our social lives. And it’s fun. It’s a fun and photo-filled life online. But it’s also constantly under surveillance. When I talk to my friends at a party, we can speak freely and no one makes money off us being there. When I talk to my friends on Facebook, my conversations aren’t free and public—every word is being noted and mined for potential profit. When people get queasy about this, the response is: Well, you can opt out. Quit Facebook. Just don’t go online as much. But the internet IS a public place. It functions like a public plaza, a town square in our culture today, a place to talk and share and spread ideas. Just like there are reasonable expectations of privacy in public places—like public telephone booths—I think we have a right to privacy online. We can make actions as individuals, but we also need to look at the big picture, as a culture: what privacy means and how we, the regular people, should be ones who get to define it.

This essay is part of the Popaganda podcast episode “The Future of Privacy”—listen to the whole show below.

Sarah Mirk is Bitch Media’s online editor and a rather idealistic cynic. 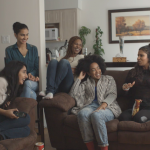 by Rumnique Nannar
"We've never seen what it's like for brown girls to date in the diaspora."