For some people, street harassment is an everyday occurrence. It can be such a common part of our lives to be hollered at and made uncomfortable as we go about our days that it can be difficult to imagine anything that can be done about the persistent problem besides small actions like confronting or ignoring our harassers.

To offer a bigger picture perspective, this week the nonprofit Stop Street Harassment released a “Know Your Rights” toolkit, a state-by-state breakdown of laws that can be applied to street harassment, including laws the prohibit “unwanted sexual behaviors in public spaces, including, but not limited to, obscene comments, flashing, up-skirt photos, following, and groping.” Stop Street Harassment released the toolkit on Tuesday, Dec. 10, to coincide with the United Nation’s Human Rights Day. Street harassment is not specifically criminalized, but the creators of the toolkit say harassment affects at least 80 percent of women and countless men, especially in LGBQT communities. In anti-victim-blaming fashion, the toolkit makes it clear that there is no “best” way to respond to street harassment, but makes clear that seeking legal action against said harassment isn’t an alien concept: women have been using some of these laws for that purpose since the late 1800s.

The toolkit cannot substitute advice from a legal professional and the state-by-state laws will likely not stay static, but the toolkit does offer some quality information and could potentially help people who are being harassed to determine whether or not they should seek legal action. There are definite limitations to the ways in which some of these laws can be applied. For example, in some states, filing legal action against stalking requires that the action be repeated, so they cannot readily apply to someone who, say, creepily followed you off the subway one time. However, other actions are more legally clear-cut:  groping and flashing generally break laws against assault and indecent exposure, respectively.

While verbal harassment is the most prevalent form of street harassment, it is also the hardest to crack down on. One of the most nefarious pro-street harassment cop-outs is that telling people not to catcall infringes on free speech. Although catcalling can escalate, or can even be a form of “rape testing” to try to determine whether or not a potential victim would be prone to fighting back if assaulted, it can be legally tricky to argue that catcalling on its own is illegal. The “verbal harassment” that the toolkit is intended to address goes past “Hey sexy” or “I’d love to get some of that.” Language that is violent and threatening and may cause a “reasonable person” to believe that they could be in harm’s way could potentially be fought on legal grounds. The toolkit creators acknowledge that straight, white men wrote many of the existing anti-harassment laws, which is certainly part of why they focus on forms of abuse that are most visible to all people: acts of physical violence.

Some of the laws that can be applied to street harassment are also horribly sexist and outdated. For example, the toolkit points out that in Virginia “falsely and derogatorily speaking about a ‘virtuous and chaste’ female’s character” or using “grossly insulting language about any ‘female of good character or reputation’” is against the law. Some of the laws also focus on protecting women because they are more “delicate” than men, which makes women sound like perpetual victims and men their alternate protectors and attackers. Stop Street Harassment put together this handy and depressing chart.

There are plenty of reasons why people who experience street harassment may not want to report the behavior to police. They may believe that their experience wasn’t serious enough to call law enforcement, fear they won’t be taken seriously, or not want to get involved with police and the justice system. Especially among people of color and undocumented immigrants, there are concerns that involving police in the situation will cause more damage than good. LGBTQ persons of all races may have the legitimate concern that the police will harass them, even if they are the victim.

At Wednesday event at the Alliance for Justice in Washington, D.C., toolkit writers Talia Hagerty and Holly Kearl discussed the benefits and limitations of the information in the toolkit. Hagerty pointed out that just knowing your rights can be empowering all on its own.

Hagerty suggested that one effective response to street harassment can be saying, “What you’re doing is illegal.” Knowing that behavior is wrong not just on a human level, but on a legal one, can help validate victims who could be worried they are overreacting.

Fortunately, the toolkit does not focus solely on taking legal action in response to street harassment. It also includes a list of tips on responding to harassers directly, and as serving as a bystander.  Although there are still risks when handling this on your own, for some, it can seem like a more agreeable alternative to involving the police. 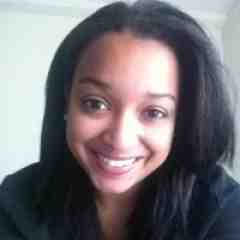 I could not find NC listed in there. Are there no laws that protect us here?

Riotgrrrlberlin And hollaback made a compilation against street harassement.
You can find it here And many things to do.

Relevant: Trump’s Racism Could Backfire As He Inspires Latinas to Go Vote Against Him 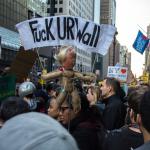 by Veronica Arreola
Can we dub this the “Taco Bowl” backlash?