Thank you all for a great conversation this week regarding the question “Is Quentin Tarantino a feminist?”

Responses were as varied as could be expected and ranged from expressions of the power and strength one may feel after watching Zoë, Abernathy, and Kim, and a desire to adapt Beatrix Kiddo’s better qualities; resilience, confidence and physical prowess.

Others have pointed out that Tarantino’s flippant comments to interviewers and repeated use of sexual violence undermine the possibility of feminist potential or female empowerment we might otherwise derive from his films.

Most responses fell somewhere in between. One reason why the questions asked this week are so important is that there are few easy answers in the world of pop culture, and we can rarely take what we see at face value – a fact Bitch readers already know.

Many of Quentin Tarantino’s influences, or sources for swiping if you prefer, have been mentioned this week. Perhaps not everyone who has seen a Tarantino film has also had exposure to the source material, so I think it appropriate that the final segment in this series be a clip show of but a few of the warrior women, female action heroes, detectives, and assassins that he pays tribute to (and/or fetishizes – a point several commenters justifiably argued). These women may be as inspirational and problematic in their representations as the characters they inspired, but that’s another post for another day. 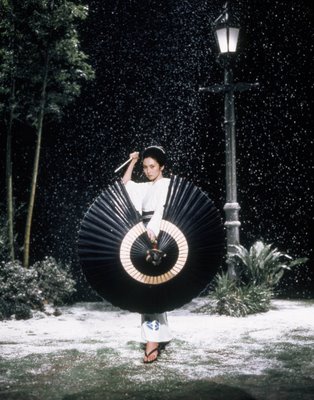 Originally a manga written by Kazuo Koike (author of Lone Wolf and Cub) and illustrated by Kazuo Kamimura, Lady Snowblood tells the tale of a child born and bred to exact vengeance. In the story, Lady Snowblood tracks down a list of people who murdered her father and brother and raped her mother. The manga was originally serialized in Weekly Playboy in 1972 and 1973 and published by Dark Horse in 2005 and 2006.

Lady Snowblood was adapted into a film in 1973 with actress and singer Meiko Kaji starring in the title role. 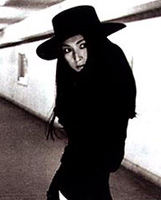 The Trailer for Lady Snowblood.

Tarantino used two of Kaji’s songs, “The Flower of Carnage” and “Urami Bushi,” in Kill Bill, and copied the assassin’s fighting style for The Bride’s showdown at the House of Blue Leaves. Compare Lady Snowblood’s fight at Kitahama Okono’s estate with The Bride’s battle with the Crazy 88s. 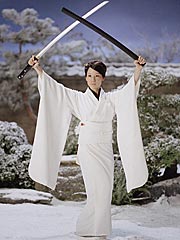 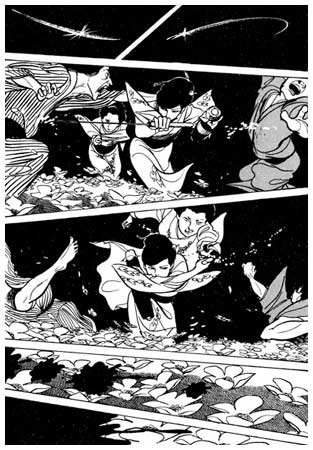 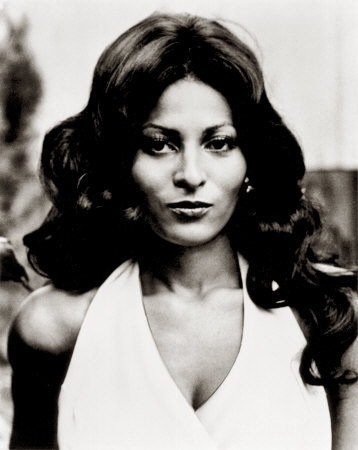 How could Grier not impress!?! As she told Essence in 1979 in response to her controversial roles in Blaxploitation films:

“I make no apologies for the women I created. Actually, I recreated. When I grew up I knew a certain kind of Black woman who was the sole support of her family and who would, if you disrespected her, beat you into the cement. She was the glue that held her family together, got them through. I admired her greatly. I still do. And she still exists. I brought that lady to the screen—played her to the bone.”

<a href=”/post/in-her-director-spotlight-on-quentin-tarantino-the-grrrl-on-film-asks-the-question-“is-he-a-fem”>(More on Grier is in Part 1 of this series.)

Honey West (1965-6), a television show loosely based on a series of private eye novels written by a husband and wife team under the pseudonym “G.G. Fickling,” was one of the first TV dramas to feature a female lead in an action adventure role. 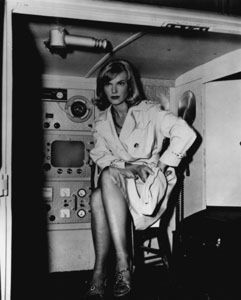 It was produced by Aaron Spelling; Anne Francis (Forbidden Planet, The Twilight Zone) starred as Honey – a va va voom, tough-cookie, private investigator. Honey ran her own detective agency and her undercover gadgets included a lipstick microphone, radio transmitters disguised as martini olives, teargas earrings and an exploding compact. She was skilled in martial arts, and in an all-too-rare reversal of gender roles, she had a male sidekick who deferred to her authority. The show only lasted one season – though Francis won a Golden Globe for her role.

Watch a promo spot featuring the “private eyeful,” and the jazzy Introduction to the series. 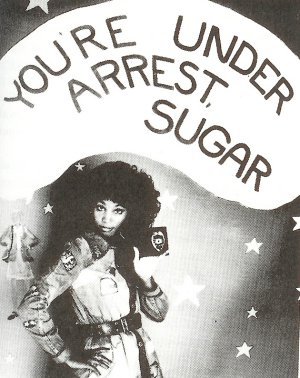 Get Christie Love started out as a made-for-television movie loosely based on a novel called The Ledger, written by Dorothy Uhnak, who herself had worked with the NYPD. Teresa Graves (Laugh-In) starred as Christie Love – a sassy, skilled, take-no-shit, undercover cop.

Get Christie Love aired as a series during the 1974–5 season making Graves the first Black woman to headline her own television show. 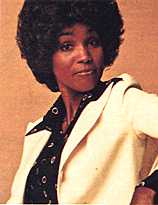 The character was modeled after New York Police Detective, Olga Ford, one of the first African American women on the force. Ford served as a consultant on an early episode. 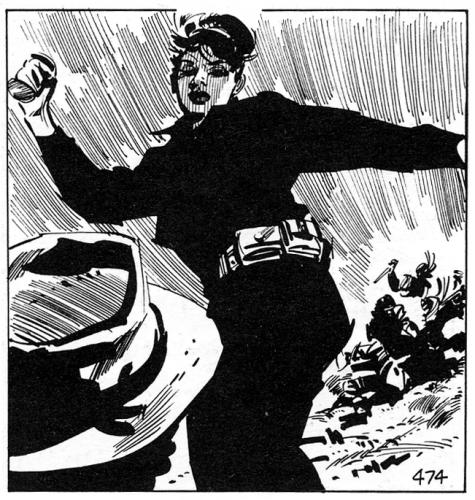 As mentioned in a previous Grrrl on Film post, Tarantino is a fan of Modesty Blaise in all her incarnations (comic strip, novels, and 1966 film). He’s even said that as a child he tried to convince a schoolteacher that his mom was Modesty. 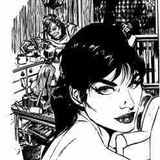 He’d wanted to film Peter O’Donnell’s Modesty Blaise novel, A Taste for Death – but the project never happened. He was, however, tangentially involved in a B-movie made for Mirmax in effort to retain the rights to the character. Alexandra Staten featured in the title role. 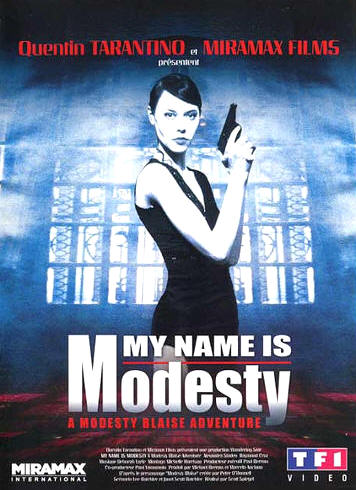 My Name is Modesty (2004) – even with it’s poor production value – is the most authentic filmic incarnation of the character. 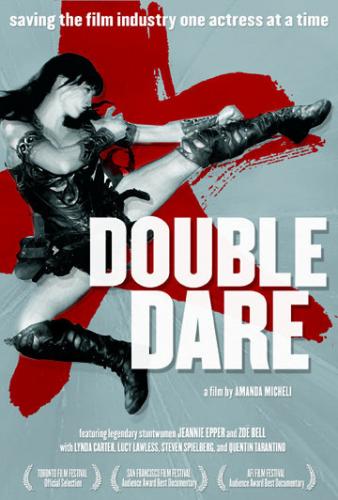 Double Dare is a2004 documentary directed by Amanda Micheli about stuntwomen, Jeannie Epper, and Zoë Bell.

Epper comes from a stunt family and has performed in hundreds of films. She also served as Lynda Carter’s stunt double on Wonder Woman. 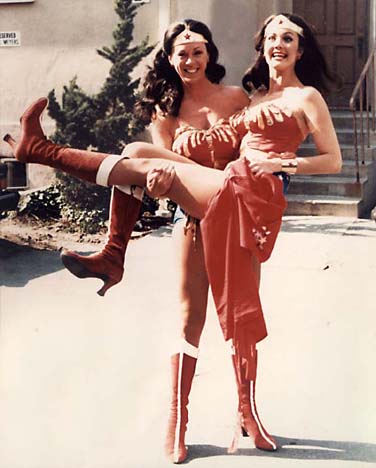 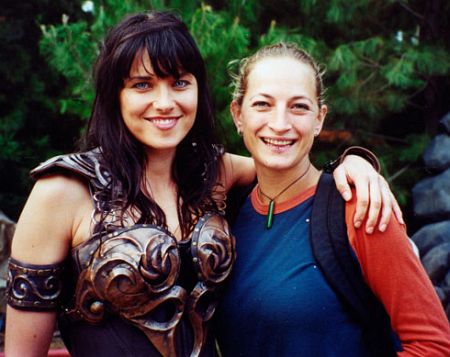 The film shows Epper mentoring Bell, and Bell’s audition for Kill Bill. And while Double Dare may or may not have inspired Tarantino, Bell undoubtedly did.

a comment here earlier today? If so, I was going to respond tout de suite - where'd ya go?

i watch this documentary it was good and it really told a story that has been lacking representation. rock on!

I don't know exactly whether Tarantino is a feminist or not, but there's no doubt that he creates strong women characters. Frankly speaking, I just don't appreciate the fact that he tends to make women who talk like men, frequently uses words like "bitch". Anyway, Tarantino uses language and even profanity in clever ways. I think everyone agrees with me that, it's not particularly clever for someone to write "uff this and uff that" all the time and to use gender sensitive language like "bitch" or racially sensitive language like "nigger". But Quentin is a guy who intentionally trashes language up and I think it's colorful and clever. At once offensive, sexy and intriguing.

I likes most films of you have posted here. 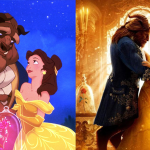