Stage Left: On NINE and Manpain

The musical Nine (and note I am referring solely to the stage musical here, not the movie) seems, on the surface, promising from a feminist perspective. In the most recent Broadway revival there were sixteen credited female roles, seven of whom had at least one significant song to perform; and only two male, with one being a child version of the other. With a cast like that, you’d think the musical would pass the Bechdel test with flying colors, right? Well, as it turns out, not so much.

The trouble is a familiar one—Guido, the male role, is a filmmaker and the central figure of the show. All of the women are defined, to varying degrees, by their relationship with him. We have: the wife, the mistress, the muse, the producer, the critic, the mother, and the prostitute who was responsible for a formative experience in his youth. This is the primary cast. The other roles (with the exception of Young Guido, who is, well, a younger version of the same filmmaker) are essentially glorified chorus parts and can be dismissed from analysis.

Let’s take a step back for a moment. What is Nine about? It is an (extremely loose) adaptation of Federico Fellini’s 8 1/2, and is centered on Guido’s struggle to complete a film amidst difficulties including a stifling producer, romantic upheaval, and an impending midlife crisis. In short, it is about Guido and his manpain. That link delves into what constitutes manpain in considerable detail, but what it boils down to is the melodramatic, self-centered pain felt by a (usually white) man in a narrative, and which is focused on to the point of excluding the issues facing other (usually women) characters.

Now, I don’t particularly believe in dismissing people’s pain—Guido reads fairly clearly to me as a person dealing with pretty severe depression, and as someone with similar problems, I know I get melodramatic and self-absorbed when going through a depressive phase myself. The problem is not that Guido feels this pain. It is that the other characters are positioned in the narrative in such a way that their sole function is to either intensify or ameliorate the pain Guido has. Most of them do not have any kind of internal life explicitly or implicitly suggested by the narrative, and those that do (Luisa, his wife; and Carla, his mistress) have it revolve entirely around their relationship with Guido.

I like Nine. I like it for its score, and I like it for the traits an observer can impart to the women. There are many female characters, and the silver lining to their being incredibly underdeveloped is that it is simple to impose one’s own headcanon to imagine their internal lives. The point is, though, that I shouldn’t have to do that. When solely relying on the text, removing Guido destroys the motivation for every action any other character takes, and that is a bad sign. So I will continue to enjoy Nine, but I’ll always feel vaguely guilty about it, because it is one of the most blatant examples of using women solely as foils for your main character that I have ever seen. It’s not that it’s a problem to have a main character. But the other characters need depth. They need their own lives. And in Nine they just…well, they just don’t.

Previously: Getting to the Theater— or Not,  Thoroughly Modern Racism, or the Problem with MILLIE

I believe that the lack of depth of Nine's supporting characters is a necessary consequence of this musical's form. The story essentially takes place in Guido's mind-- these are his memories, his relationships, his encounters with these women as he experiences them. Of course everything these women do revolves around their relationships with Guido. Guido wouldn't perceive it any other way. The climax of the piece occurs when the women (Claudia, Carla, and Luisa) do not react to him as he wants or expects them to.

You've mentioned a few Sondheim shows in earlier posts. Assuming you are familiar with Company, I'm surprised that you didn't discuss that show in this post. Company has a very similar structure to Nine-- non-linear storyline, action based in the main character's mind and memories--and its supporting (male and female) characters, like the women of Nine, exist to illuminate the character of Bobby and his journey in the show. Do you have the same vaguely guilty feelings about Company?

The thing about <em>Company</em>, though, is that you still get a feel for the characters' lives when Bobby isn't around. Many of the vignettes (Paul & Amy's in particular) aren't about him at all, really--he just happens to be there. I'd argue, even, that the <em>point</em> is that these people's lives don't revolve around Bobby, that he's something of a perpetual onlooker. He doesn't need to be there for the problems in David & Jenny's marriage to be apparent, or for Peter & Susan's relationship to pan out the way it does.

Whereas with Guido the way the other characters relate to him is vaguely...deferential, almost? You see pretty much nothing about their lives that doesn't directly relate to their relationship with Guido, whether it's Liliane la Fleur's hounding him about his musical or Claudia's turning away from him to find a man who is better for her. 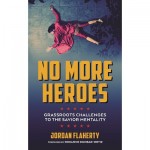