If I hear another blogger/author/interviewer comment on Christina Hendricks’ weight I might lose it. As if her body (omg BOOBS) wasn’t enough of a focus already, now she is being picked apart for her appearance at the Golden Globes the other night. As you may have seen by now, Cathy Horyn fromThe New York Times claimed that “You don’t put a big girl in a big dress” and ran this (distorted) photo of Hendricks: WTF? First of all, it would be fabulous to live in a world where a woman’s weight just didn’t matter to the media. Second, since we don’t live in a world like that, it would be great if the media would stop calling women fat when they AREN’T FAT. Since Plus-Sized models wear a size 10 (according to my ANTM research) I guess this shouldn’t be a surprise. It does, however, piss me off. Christina Hendricks should be recognized for something other than her body (you know, like her acting talent, since she is an actor), no matter what she looks like.

Oh, and in a piece called “Why everyone’s talking about Mad Men’s Christina Hendricks” at Times Online we get even more insight into why we should pay attention to the woman who plays Joan Holloway:

The character everyone talks about now is Joan, and they all do it in the same way, raising their hands to their chests in the shape of melons, saying: “Oh, my God! Do you mean the curvy redhead with the big…?” And if they’re women, also saying, “I think I’m a lesbian.”

Now I’ll admit here that I love Joan. And, I love her body and the fact that she has boobs and a butt and hasn’t been kicked off the show as a punishment for this fact. However, this focus on Hendricks’ weight/figure is problematic for a number of reasons. To start with, as previously mentioned, Hendricks is not fat. Calling her fat (or whatever other euphemism is being used to mean fat) resets the Hollywood fat scale and makes anyone who is larger than Hendricks, both within and outside of the entertainment industry, feel the pressure of even more weight-based scrutiny. We all feel bad enough already, thanks.

Another reason why this body-policing is bogus is that it reduces Hendricks to just that: a body. She is a talented actress who was not hired for her body but for her considerable talent. She is not some kind of weird anomaly, a large woman who squeezed through the showbiz cracks and got lucky working at a show that didn’t force her to lose weight. She does a fantastic job playing Joan Holloway, and the media focus should be on her talents (at least some of the time, please).

Of course, these discussions of Hendricks’ appearance are allowed to exist because the entertainment industry itself is preoccupied with discussions of women’s weight and appearance. As feminists, we know that this is bullshit, and that praising a show for allowing a “fat” woman to appear on screen isn’t progress. When actual fat women are accepted by the media without comments about their weight, and when talented actors are recognized for their talent and not their cup size, then we’ll have progress.

Fat shame fail on their part because she still looks good in the distorted pic!

Christina Hendricks and her character on Mad Men are both gorgeous women. But, aside from that fact, they are both strong, interesting, intelligent women who should be valued for their brains AND their beauty.

Maybe it's beCAUSE she's so strong and intelligent that they poke at her weight so much. I was reading somewhere that the more power women have or the stronger or more intelilgent they are, the more focus is put on their physcial appearance because people (men) are threatened by powerful women. They want to cut her down and reduce her to body parts, like a woman's supposed to be in this world. Look at Hilary Clinton and all the cankle jokes...Or that Palin is 'hot', because she's a woman of power, not necessarily smart.

You do realize that people don't say Sarah Palin is smart, is because she has the intellectual capacity of a grade schooler? How can you even compare her to Hillary. Palin may be shrewd at capitalizing for maximum exposure and benefit, but what self entitled child can't?

What I got from Jennifer's comment was that Palin is "hot" because she isn't smart, whereas Clinton is punished for being powerful and intelligent by being called ugly, effectively the worst thing you can call a woman. Not that she cares, of course.

i would fight a bus full of nuns for that bod. anyone who thinks that girl is fat is out of touch with reality.

Agree. I love Christina because she is awesome. And you know, it's nice to see a woman on my favorite TV show whose body type is similar to mine. But then it seems like she's always being reduced to her boobs in some way...by people who like them, don't like them, think they know better how she should dress them, and so on.

Also, every season, without fail, someone comes into the TV blogs I frequent (which normally boast at least a slightly higher level of discourse) and say they're absolutely sure Joan is pregnant because look how much bigger she is! But she's not. She just seems bigger compared to a distorted memory of last season, plus the tiny actresses that play the other female roles.

Some fans of Mad Men seem to have a weird relationship with weight and pregnancy, because I remember the first season seeing a lot of commenters that were sure Peggy was pregnant because she was gaining weight, then they showed her, like, eating a sandwich or something and everyone said, "well I guess she's not pregnant--she's just stress eating!" As if the two had to be mutually exclusive.

This seems like some misplaced outrage. Red carpet commentary is about picking apart the gala fashion choices of incredibly attractive wealthy people. This isn't where we are evaluating their professional skills or contribution to society, so Christina Hendricks did not receive unfair treatment in this regard. The whole thing is mean-spirited to everyone as she points out in her Times interview.

Cathy Horyn was quoting a stylist about what sort of gown might best compliment, or not, Hendricks' figure, hence talking about the body is totally relevant. That's a lot of boobs and a lot of ruffle. I think she looks great, an anonymous stylist who prefers a different set of proportions in an ensemble can disagree. And it's fine to suggest that this whole line of discourse, and the whole fashion industry, and all of Hollywood are superficial and destructive.

While she is a very talented actress, she was very much hired for her looks in addition to her talent. It would be disingenuous to suggest otherwise. The role she plays is about dealing with the power and pitfalls of female sexuality under the constraints of the time period. But Joan would not be such a compelling and affecting character if we did not also believe in the power of her intellect and her compassion.

I agree with you that the post award show "who wore what" breakdown is not the place to find insightful commentary about an actor's talent. However, the phenomenon is huge. You can read about who was wearing what in the Times, in People, and you usually watch a whole 30 minute program about it on E. So, I'd suggest it’s a consumer driven kind a thing, and like all consumer driven things, an established audience usually has some room to push back. The last time I was watching E's version of this, I kinda noticed that the sole criteria of the goodness or badness of an outfit rested on how skinny it made the women look. The older or heavier actresses really just couldn't do right by the fashion experts no matter what. The whole affair was just about rewarding women who already had the types of bodies fashion designers would deem attractive. That's not biting fashion commentary. That's fat phobia. Assuming we're the target audience of these shows, I think the critique is well placed. Hendricks treatment within the media is a good example because she’s got a great body and sense of personal style.

The "reality" presented by the media does NOT reflect what the real public thinks.

First of all, she wasn't called fat. She was called big, which compared to most actresses in Hollywood, she is.

Second of all, why is being called fat such an awful thing? This post is playing into the idea that the worst thing a woman can be called is fat, and HOW DARE YOU etc. Why is it such a big deal that an actress who is big is called big? I'm big myself - bigger than her, even (gasp) FAT - and when I see a beautiful women being big and being recognized as such, it makes me feel awesome.

Fat is not a perjorative. Stop treating it like one, and stop treating "actual fat women" like a different species. Yeah, it would be great if we got some size 20+ women up in television being treated like people. But acting like Christina Hendricks (who is the actual person being called big here, not Joan) is not significantly bigger than most other actresses on television, acting like she doesn't disrupt the continuum, is furthering the idea that big is perjorative, weight should not be acknowledged, and that the worst thing a woman can be called is fat.

Weight, size, and "fat" should be value-neutral, not a stain on one's reputation.

You're right, RMJ, that the word fat should not be used as a pejorative, and I certainly didn't mean to further any fat phobic notions here. I only meant to point out that because so many people are focusing on Hendricks' body (and yes, some media outlets have called her fat) that she is reduced to an object in the eyes of a lot of people.

In addition, though you may not consider the word "fat" to be a loaded term (which is great) in most media it still carries very negative connotations, especially for an actor. That being said, I appreciate your pointing out that recognizing Hendricks for being bigger than many other female actors could also be a good thing.

Joan Holloway?? I can't believe i'm the only one who remembers her as YoSaffBridge from Firefly!?!
Sad day for the internets.

On a pertinent note, I so so so agree. It really makes me nauseous, how blind we are to what is effectively brainwashing on a massive, national level. It's easy to forget sometimes. Go YoSaffBridge!

I would never call her fat, but I do think that 1960s hairstyles and clothing and makeup made women look older. Joan is so gorgeous, with an incredible figure, but I think the style then, of hair piled up on the head, and red lipstick, does make women look older than if they had less makeup on. It's a very "done" style. It's not that Christina Hendricks looks old. It's the styling.

I'd crawl a mile through burning broken glass just to measure the distance between her nipples using my trusty nipple distance measurement tool.

I have just entered a retro-licious “Mad Men” contest, and I need your votes to win a walk-on role on the show!

Please go to http://madmencastingcall.amctv.com/browse/detail/EZ3MBH and vote for me!

Thanks a bunch,
Marcheline 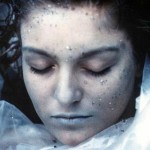