We Need to Stop Shackling Pregnant Women in Prison—Now. This is commonly known as “shackling” and is a grim reality for many women in the United States.  In 32 states, prisons and jails are permitted to shackle incarcerated women during childbirth—even though the American Medical Association says the practice is unsafe, “medically hazardous,” and “barbaric.”

Last week, Washington DC councilmember David Grosso introduced a bill that would keep jails from shackling women during any point of their pregnancy and for six weeks after they’ve given birth.

“I have introduced this legislation because it is an important human rights issue that must be addressed in D.C.,” said Grosso.

Washington DC has one of only a handful of American jail and prison systems that prohibits shackling during childbirth, but only after  incarcerated women filed a class action lawsuit. In 1996, a district court ruled in their favor, banning the practice as cruel and unusual punishment in violation of the Eighth Amendment.  The district continues to shackle women during the early parts of pregnancy, though. The new bill would change that.

Although eighteen states have enacted legislation prohibiting shackling during childbirth, only six of those states prohibit shackling people during other points in their pregnancy.

Last year, I worked with WORTH, an organization of formerly incarcerated women pushing for changes to prison policies and practices, to launch their Birthing Behind Bars campaign. The campaign utilizes women’s experiences and stories of pregnancy behind bars to further a state-by-state analysis around the intersections of reproductive justice and incarceration.

One of the first women who shared her story with Birthing Behind Bars was Linda Rosa. She learned that she was pregnant with twins after entering jail in 2008. Linda Rosa recalled being shackled each time she was taken to see the doctor: “They used to shackle my hands and my legs. I would have to walk with the shackles on my legs, which would leave cuts on the back of my ankles.” Linda had to undergo a C-section and was shackled while recovering in the hospital. She recalled having stitches and staples from her c-section and shackles on her wrists and ankles when she visited her newborn babies in the ICU. “Everywhere I had to go, I had to wear shackles,” she said.

When I spoke with her, Linda Rosa was out of prison and living with her twins at Hour Children, an organization that works with incarcerated mothers to keep their children. In speaking with her, it was obvious that Linda Rosa loved her children. Her incarceration did not make her any less a loving mother than any parent who has never set foot in a jail or prison.

Shackling during pregnancy is inhumane and unnecessary. Pregnant women in jails and prisons are more likely to experience miscarriage, preterm birth, low birth weight infants, and potentially fatal conditions like preeclampsia. In addition to being dehumanizing, shackling can increase stress and lead to further complications, as well as render doctors unable to treat women in emergency situations. So why is it so hard to pass laws ensuring this basic health care protection?

It may be that,  when we think of prison, we don’t think of women in prison, let alone pregnant women in prison. Orange is the New Black is the one mainstream media portrayal that I can easily point to and know that people have at least heard of it. But for the most part, women—and women’s issues—continue to be invisible when we think about prison. That means that we don’t think about the issues that accompany increasing arrests and incarceration. We don’t question narratives of people in prison as scary, threatening, faceless “others” rather than normal people who have done something illegal.

This invisibility also means that we’re less likely to question people like Steve Patterson, spokesperson for Chicago’s Cook County Sheriff’s Department, when he argues against anti-shackling protection using scare tactics like, “If you’re laying in hospital bed, and in the next hospital bed is a woman who’s in on a double murder charge, because she’s pregnant she shouldn’t be handcuffed to the side of the bed—I think if you’re the person laying in bed next to her you might disagree.” (Note: imprisoned people do not share hospital rooms with non-incarcerated people.)

Last year, California signed a law prohibiting the shackling of women at any point during their pregnancy. Washington DC—and the rest of the country—should follow suit.

Also barbaric is the fact that we will take newborns from the arms of their mothers and separate them until the sentence is served. In addition to severely damaging the bonding process, it also sets the child up for a lifetime of health consequences due to the loss of the protective effects of breast milk.

After I post this apalling paper on a blogging platform, a contributor dig this other link about the same subject : http://www.nytimes.com/2006/03/02/national/02shackles.html?pagewanted=2&...
Same shocking practices had been used in France too, altough it provoked immediate response for the government officials in charge of Health Care and Internal Security. I don't know if it is so common, but the thought that even only one women could be enduring childbirth in such a barbaric condition sounds definitely revolting to me.

<p>Thank you, Victoria Law, for an truly important blog, and all best wishes to our Washington, D.C. allies in enacting David Grosso's bill.
The overwhelming majority of women are in prison or jail for nonviolent offenses including shoplifting, drug possession, and prostitution. The medical risks to mothers and infants of applying restraints at any time during pregnancy and post-partum recovery is even better documented now that it was in 1996, and several federal court decisions hold it unconstitutional. Here's a recent <a href="https://www.dropbox.com/s/xiupmbe20jqcogd/Report%20-%20Shackling%20of%20... target="_blank">report</a> on shackling submitted to the UN's International Covenant on Civil and Political Rights by the International Human Rights Clinic at University of Chicago Law School and Chicago Legal Advocacy for incarcerated Mothers.Illinois was the first state to ban shackles during labor, but we have a long fight ahead to end this barbaric practice throughout pregnancy. </p><p>K.A. makes a crucial point about separating mothers and infants, which denies babies the critical mother-infant bonding that all of us need for healthy development. Most infants go home with family members or a guardian the mother has chosen, but a significant number are taken into state child welfare agencies, with additional consequences that may last a lifetime, including the possible permanent severance of family ties. While CLAIM does not promote prison nurseries, most mothers are eligible for release with their children to community-based programs. These programs support healthy bonding, provide counseling and drug treatment to help the mom address the root cause of her offense, are much more effective than prison in reducing crime and are cost-effective. Only this nation's addiction to the Prison Industrial Complex prevents us from implementing these common-sense and compassionate alternatives to incarceration.</p>

At any point where a jail environment deserves this statement, what we really need to ask is what it says about the basic conditions of living we seem to expect of those going to jail, and in turn what that says about us as a society.

Newsflash: jail isn't "fun" unless you are beyond destitute and find an institutional, heavily controlled environment with high potential risks of harm from other inmates "fun" by comparison to your otherwise day to day life.

Yes, it would be nice if basic standards of living in this country were higher, so that people wouldn't regularly make such blase and off base statements as to worry that we're making being in jail "fun." 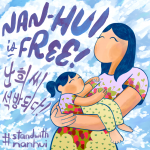