These are the first words of the new television series Drop Dead Diva, which premieres Sunday, July 12th at 9 p.m. (ET/PT) on Lifetime. DDD is an emotional comedy that asks the audience to suspend disbelief in following the progression of Deb as she comes to terms with the literal and metaphorical death of her old self—a shallow, self-absorbed, not-very-bright model—after having come back to life in the “plus-sized” body of Jane, an intelligent lawyer who reads self-help books (which Deb deems “loser lit”) in order to combat her insecurities about her weight and social invisibility.

While the most recognizable member of the cast is Margaret Cho (who plays Jane’s assistant Terri), the show’s focus is entirely on Jane (played by Broadway actress Brooke Elliot). The two actresses play well off one another, and their chemistry comes across on screen. Terri gets Jane’s back after her co-worker Kim (Kate Levering), the show’s antagonist, seeks to sabotage Jane’s most important case. Kim—a self-serving and fashionable beauty—is, in many ways, a reflection of Deb, but she differs in that her character is conniving and intentionally mean to Jane, rather than Deb’s clueless brand of offensiveness.

The show itself somewhat mimics Deb’s obliviousness when it comes to the issues of fatness it seeks to address. While its intentions are coming from a place of standing up for bigger women’s right to be seen as fabulous and treated with respect, Drop Dead Diva plays on stereotypes of blondes as bubble heads and donuts as an obsessive distraction for fat women. When Jane is stressed out, Teri pulls out a can of Easy Cheese, squirts it directly into Jane’s mouth, and Jane’s response to the processed goo is orgasmic. On the flip side, when Deb-in-Jane’s-Body begins to have complicated thoughts about math and geography, she grabs her head and says, “Ouch!” It literally pains her to think.

On one hand, one could say that utilizing these stereotypes makes them more apparent and allows for them to be deconstructed. On the other hand, it also serves to reinforce them as true. Since I’ve only seen the pilot episode, I can’t make any definitive judgment either way, but it’s certainly something worth keeping an eye on as the season continues.

I haven’t even begun to spin out all of the plots interwoven into Drop Dead Diva’s weekly hour of dramady. Despite its heavy-handedness in pushing a feel good vibe, the show provides visibility to those of us who are socially invisible because we don’t conform to a largely unattainable standard of beauty, and DDD’s ultimate message is worthwhile: that all people are beautiful and valuable no matter how they outwardly appear. The activist sentiment is made clear in one of the last lines of the show:

“If you don’t fight for yourself, the person you are is lost.”

Drop Dead Diva is firmly standing on our side.

Margaret Cho is workshopping new material on her Fall Tour. If DDD isn’t enough Cho for you, go see her live!

Thanks so much for posting about this show! I'd heard about it, but didn't know what to expect. Let's keep our fingers crossed that it's a positive representation of all sizes of women and that it doesn't rely on stereotypes (the easy-cheez and donuts - not that they aren't delicious) or some makeover where the main character loses 50 lbs.

I'm looking forward to hearing more about it!

I agree that this show looks interesting and I very possibly will try to check it out. I just think that it still has some major problems.

Right away when it was setting up the story line, I found myself asking "So why did the vapid girl get to live?" They seem to suggest that the large and smart lawyer had lived her life to the fullest and really didn't have anything to learn through a paranormal body switching experience. Sure, it's been done before...I just don't think it is telling a whole story from one side.

And also I get the feeling that the show is suggesting that larger women have to be validated through some other venue in their life. Jane is still worthwhile because she is crazy smart and a lawyer. Oh, so that is why people put up with her. I better start hitting the books if I'm supposed to be respected past a size 12. Plus, I think it is a little dumb how Jane is depicted. All plus sized women have low self esteem right? None of them would ever be a kick ass lawyer and person who stands up for their client's best wishes.

I would like to see this show break some of those stereotypes. It would be great if they stopped relying on food gags and the like. Perhaps they can show how plus sized women have active sexual lives and can dress as fashion forward as they want (kind of).

I'm hoping that Margaret Cho will add some feminist themes to the show as well!

This show would only be able to fulfill its goal by setting the audience up to identify with Deb, who holds beliefs about fat women that conform to social norms... and then those beliefs are challenged when she embodies Jane because she is forced to come to terms with her conflicting anti-fat perspectives and experiences as a fat woman. This also mimics the mindset of women who are fat and wish they weren't, actually. So you're absolutely right that it's being told from one side. My hope, as it seems yours is as well, is that DDD can move beyond this one dimensional-ness as the show progresses.

I've been curious about this show since I learned about it via Ms. Cho. I lucked out and scored a press screening copy from work. Although I have yet to watch it, thanks to this review, at least now I know I'll look forward to it when I do!

It's a good message but it relies way too heavily on negative stereotypes that it negates the positive message. I won't be watching.

Margaret Cho is fantastic. Not only is she an award winning feminist, she's a premier stand-up comedian - one of the best - and she's not concerned with being politically correct either. She always cracks me up. Lifetime is truly blessed to have such a talented and funny comedian playing the role of Teri on 'Drop Dead Diva' . There is a lot going on in the plots and storyline of the show. Margaret's delivery is perfect. I loved the line 'brains trump Botox. Loved the movie trailer for 'Beautiful' too, which I got to watch since I get the email Cho News. For Margaret Cho fans who might not have updated their bookmarks, her blog URL is http://www.margaretcho.com/content/category/blog/ Your readers will probably enjoy checking out her entire site.

Although I think Margaret looks great after losing a lot of weight, I just wonder, would she have gotten the role, had she stayed large? In the unrealistic world of TV, where the norm of actresses is size 2, would've they would've cast her if she stayed overweight, (and I find it ironic she was cast as a thin sidekick-although admittingly it's usually the other way around, thin star, fat best friend-because of the issues in the past SHE has had about her struggles with her weight and how it brought grief to her when she starred in HER own show). In many shows that have overweight women, it's only one person who is heavy, whereas in the real world it's quite the opposite.

I want to see how the next few episodes unfold. I didn't like the undercurrent in the scenes where Deb is fantasizing about the donuts or eating straight easy-cheese, but Brooke Elliot's choices when reacting to getting the food made me think that maybe she'd be exploring how much Deb had been denying herself in order to just look good. The character, Jane/Deb, is already getting excited about being smart, and I can see that they're setting her up to discover that fat girls can find love with attractive men, too. I'm concerned, though, that they'll waste all of the diet and exercise information Deb definitely possessed and leave Jane wallowing in poor eating choices. There's an opportunity there to promote healthy living without the outcome needing to be Jane dropping 50lbs. I'd also like to see some middle ground in the cast. Right now there's fat Jane, slightly soft Cho, and a bunch of models. Even the dumpy client gets a model makeover. Maybe Jane can be heavy AND attractive? Maybe the love interest can be fit and hot AND have kind of a soft belly? (That's probably too much to ask.) I'll watch at least through the first 4 episodes to see what they do.

I didn't watch it last night. The clip made me really not want to watch it. I can't do the "I'm to ditzy to actually exist" characters, it's lazy writing. And I don't want to see all the easy fat jokes they're going to go for.
In fact the commercial has the "skinny girl's" friend say something like "you died and then you came back FAT???" with all the implication that indeed, being fat was worse than death. It was then that I decided I wouldn't be watching the show no matter how "fat-empowerment" it claimed to be. 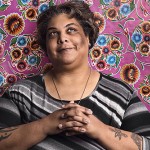