This Friday, in an effort to promote thought about how to support women and movement (and/or sports/exercise) in a meaningful, fully inclusive, liberatory manner, I want to point to Maria Tallchief.

Tallchief is the first Native American woman who ‘made it’ as an internationally recognized ballerina. This clip gives a short background:

Maria was a part of a group of tribal women that found huge success through the ballet world. Her sister, Marjorie, became the first Native American to become “première danseuse étoile” of the Paris Opera Theater, and Yvonne Chouteau, Rosella Hightower, and Moscelyne Larkin along with Maria and Marjorie were all honored in 1997 by the state of Oklahoma for being the first Native American ballerinas. But even as they found success through dance, the women lives were rooted in the violence of colonization:

Although distinctive as ballerinas, the five women share similar roots. All were born at a time when government edicts banned traditional tribal rituals. To keep ancestral cultures alive, powwows and other ceremonies were then held in secret. The five women still recall the excitement and respect they felt when they attended these covert dance gatherings as children (http://findarticles.com/p/articles/mi_m1083/is_n2_v72/ai_20187601).

Which comes back to the question of the day. How do women interested in supporting women’s empowerment through movement (and/or sports/exercise) support women who are living through the active colonization of their homelands?

Is movement (and/or sports/exercise) a human right? And if it is, how do we, as U.S. citizens justify supporting nation/states that deny, curtail, or otherwise severely monitor women’s right to move (i.e. Israel with Palestine, U.S. at the Mexican border, etc)?

Now, before you say that the right to exercise and ‘border monitoring’ are not intimately connected, consider this: If Maria Tallchief were living in Palestine, she would not have the right to travel abroad freely for performances without possibly losing her right of return (http://en.wikipedia.org/wiki/Right_of_return#Palestinian). She may also lose chances of performing because of closed borders (as many other Palestinian acts have (see the Palestinian hip/hop group DAM http://www.nowpublic.com/culture/hip-hop-palestine).

Are the only people who have a right to make a living off of “movement” non-colonized people? Or people who are willing to give up access to their homeland? How does the right to travel interconnect with the right to individual body movement?

How can women interested in protecting and improving women’s access to movement support and respect women living in colonized states?

This is a topic Roma women have delt with for centuries. The rights to individual body movement, travel, reproductive choice... are all the same. Isabel Fonseca touched on some of this in <i>Bury Me Standing</i> with the assimilation and sometimes the sterilization (disguised as medical treatment) of Roma.
Restricting the freedom of movement across borders/ restricting the professions involving sports, etc... is the same as bodily restraint.

I was so happy to see a tribute to her! I did a biography report on Maria T. in grade school. I still admire her. Her story is inspiring to say the least. 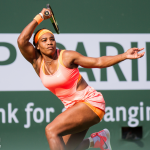