Take a Gaycation to Homo-A-Gogo

In high school when I was a budding punk rock feminist who got my righteous anger on through bands like Bikini Kill and Sleater Kinney, I wanted nothing more than to live in Olympia, Washington. This is more than a little ironic because my own hometown is no less famous for its indie music scene (I grew up in Athens, Georgia, home of REM and Elephant 6), but, as they say, the grass is always greener. Now, over a decade later, I’ve still never been to Olympia, but I was reminded of my youthful dreams of living in a place of radical mishmash when I heard about this year’s Homo-A-GoGo.

A celebration of all things queer, the annual Homo-A-Gogo festival made its debut in 2002 when founder Ed Varga moved to Olympia and combined his experience organizing homocore events in Minneapolis with the plentiful DIY, art, activist, and music scenes that surrounded him in his new home. So he got some folks on board with his plan, and the group kicked out an independent arts festival that is soooo gay! Two years ago Homo-A-Gogo took a brief hiatus while Varga and Sara Seinberg figured out a way to sustain the festival beyond themselves and the challenges of its Olympia location (e.g., fewer venues, difficult access for out of town travelers). The festival will return in August in a new home: San Francisco.

Organized and run by volunteers, Homo-A-Gogo is overseen by Queer Arts in Action, a nonprofit organization dedicated to “positively impacting queer lives and building community through art.” Musicians who are scheduled to perform include Mirah, Girl in a Coma, Tara Jane O’Neil, Lenelle Moïse, Nomy Lamm, and (represent!) Athens Boys Choir. There will also be film screenings, a group art show at SOMARTS, a fashion show by House of Horseface, a field trip to the Holy Titclamps Zine Archives, and a whole lot of other fabulous fun! The proceeds from the festival will be donated to a yet-to-be-named SanFrancisco-based nonprofit organization, so if you’ve got ideas of deserving places, be sure to let the organizers know. If you can’t make it out to San Francisco, you can always follow in the footsteps of MondoHomo and organize a similar event in your own town!

* The trailer above is for a past Homo-A-Gogo festival, not this year’s event.

Relevant: Revel in the Wise and Soothing Sounds of Adult Mom 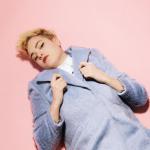